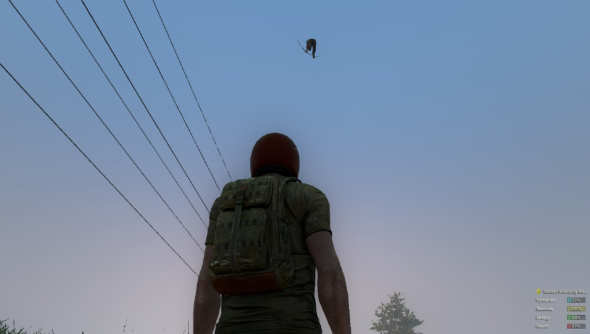 H1Z1’s world is being ravaged by a plague of ghastly creatures, not the living dead, but cheaters flying above the map raining arrows down on players with aimbot accuracy. SOE’s senior game designer Jimmy Whisenhunt says “This is war” and the studio have issued a wave of permabans against cheaters’ accounts.

Whisenhunt took to Twitter to announce the wave of bans:

One of the screen shots he linked to revealed a player who had bought four separate copies of H1Z1 because he kept getting caught cheating.

Whisenhunt’s happy to let the guy repeatedly buy copies, though:

He also provided information for where to report cheaters in future:

.@jriquelme [email protected] – report and we’ll watch and learn, instant bans are the short fight, we’re in it for the long haul 🙂

Reading through H1Z1’s Reddit page there are tons of comments about hackers. One commenter complains that “every time I loot the houses in Pleasant View I get attacked by a flying aimbotting bow dude.” Another says that “It’s gotten to the point where I won’t even play regular survival mode anymore, only BR because I cannot lose my progress. I’m sick of farming for stuff for hours just to make my way to pleasant valley to be teleported on then headshotted.”

It doesn’t matter if you avoid the high population servers, across the board everywhere you go you’ll run into “little scumbags flying around killing 30+ people.”

Hopefully this wave of bans will solve the bulk of the problem.