Queer love stories in games usually come in two flavours: those that are defined solely by their queerness, and those that are just like heteronormative relationships with the serial numbers filed off. The medium still has a long way to go when it comes to portraying a diverse array of queer love stories that feel believable and distinct from one another.

That’s what makes Hades’ love story between Achilles and Patroclus so special. It’s a classical tragedy that’s defined by intense longing and a willingness to risk it all, and one that’s grounded by believable dialogue.

The story of Achilles and Patroclus existed well before Hades ever came into being. A key plot line in Homer’s Iliad, the story goes that Achilles withdrew from King Agamemnon’s war against Troy after the greedy king insulted him. While Achilles sulked in his tent, Patroclus donned his armour and led his army in his place, and though he made headway against the Trojan forces, was slain in a duel by Troy’s champion Hector.

Because Achilles and Patroclus cared for each other very deeply, Patroclus’s death threw Achilles into a rage, driving him back to the battlefield to kill Hector even though it would lead to his death as prophesied. It’s not explicitly stated that the couple were lovers, but there’s enough in the text to imply a sexual and deeply romantic relationship.

Achilles and Patroclus isn’t the only possible queer relationship in Hades. Player character Zagreus can also romance his childhood friend (and death incarnate) Thanatos. With enough gifts, you can unlock the option to start a romance subplot with him, marking a win for bisexual representation.

Hades continues their story past their deaths. Achilles has entered a pact with the titular god of the dead that he will serve in the House of Hades in exchange for granting Patroclus entrance to Elysium, a paradise reserved for the worthy. This pact would, of course, mean the two will be forever separated. As Zagreus, Hades’ son who’s trying to break out of the underworld, you piece together this story as you encounter and talk to both of them, often relaying messages between them. Eventually, you’ll get a side quest that will let you reunite them, but for most of the game, they’re left to mull over what caused their separation and why each of them acted the way they did.

What Hades does is make clear to the player, explicitly, that Achilles and Patroclus are in a relationship. In an industry that sees fit to gay bait by stopping at innuendo and not committing to on-screen confirmation, seeing a game just say, straight up, that these two men love each other is positively refreshing. The expressions of their love for each other are here seen through the lens of war, with Achilles’ rage being the key expression that drives the narrative between them. 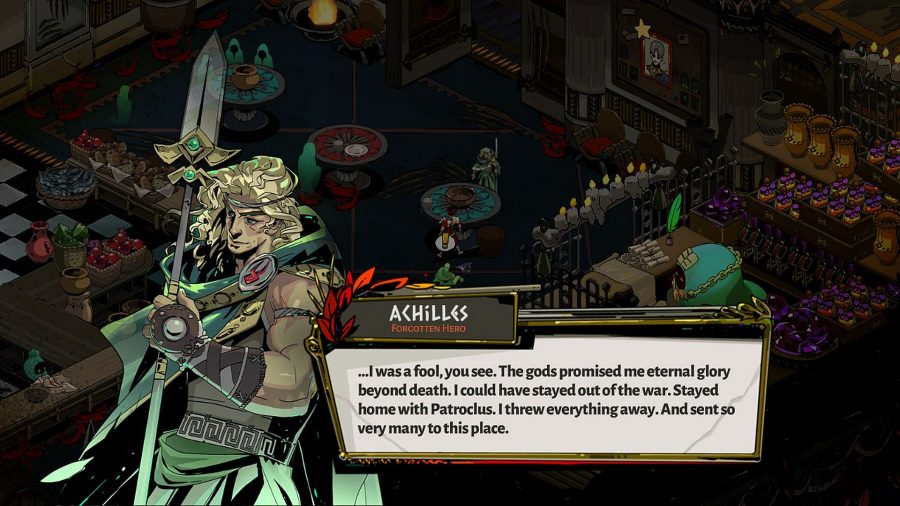 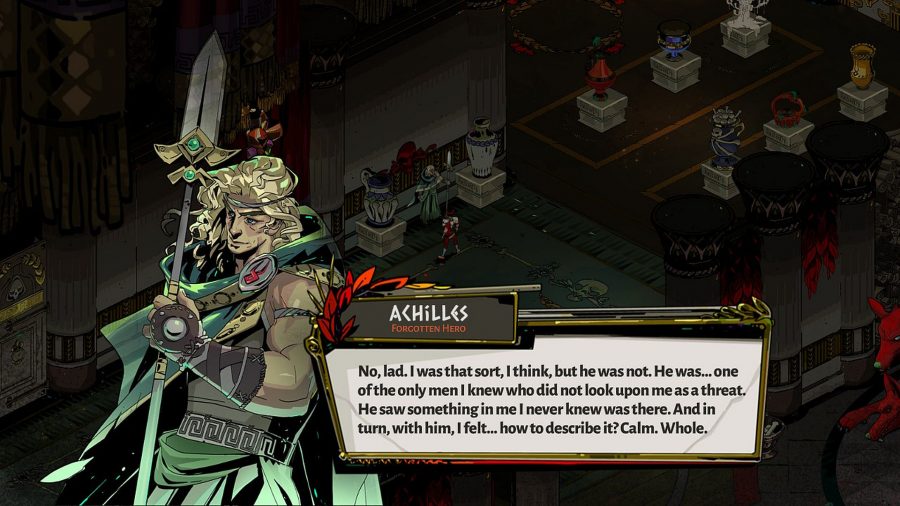 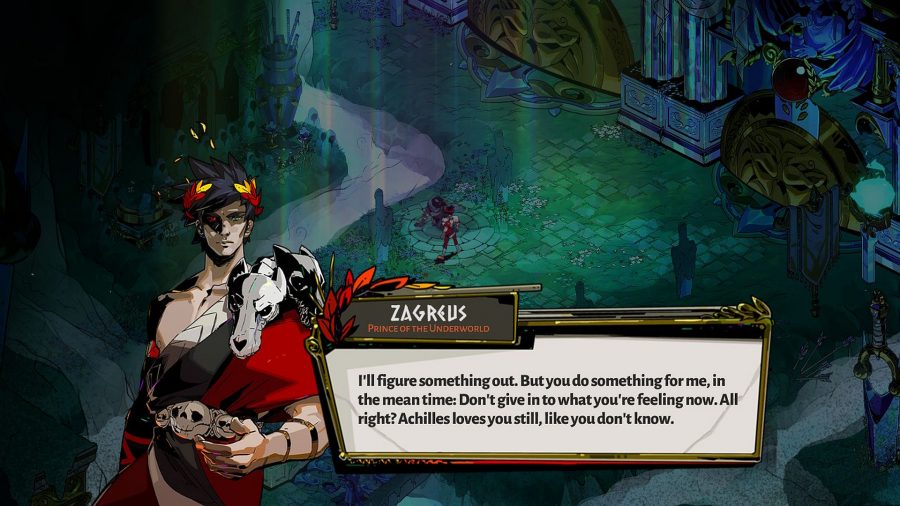 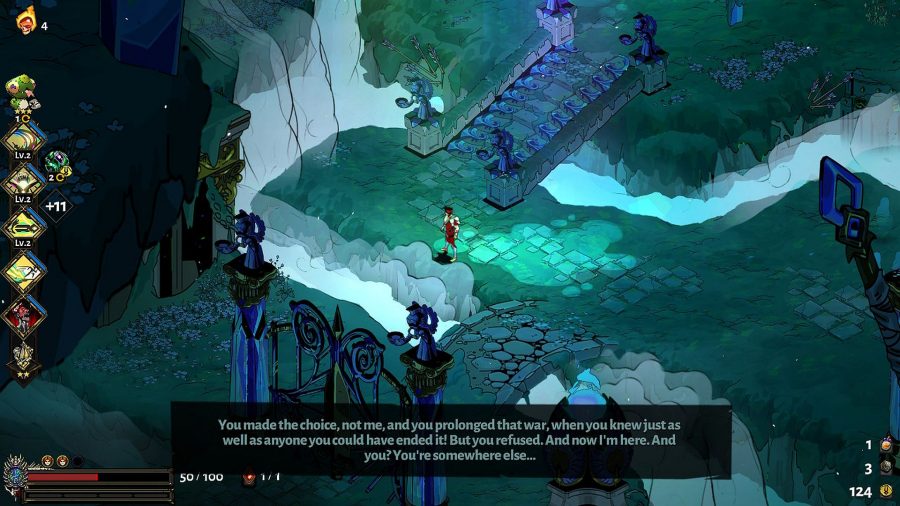 Using this rage as a backdrop, Hades applies some excellent writing and voice acting to sell the individualised anguish that Achilles and Patroclus each express. Achilles positively aches with longing every time he talks about what happened between the two of them. Patroclus, meanwhile, lays on the resignation thick as he solemnly wonders if what Achilles was actually chasing was glory instead of love.

What makes this relationship stand out among queer relationships in games is the layers that are at work and the fact that it’s helped by expertly emotive voice actors Logan Cunningham and Ben Prendergast. You can feel the longing and resignation in their voices, and when paired with the writing and classical themes at work, Hades lets you believe in this relationship like few others.

There aren’t many queer relationships in games you can say that about. Having two defined characters with different wants and perception of things separated in a classical Greek tragedy results in a pairing and story that stands out among games that are either too shy to acknowledge characters’ queerness or too eager to build the narrative on queer trauma. The tragedy of Achilles and Patroclus works on every level, giving hope that queer romance going forward can only get more multifaceted.