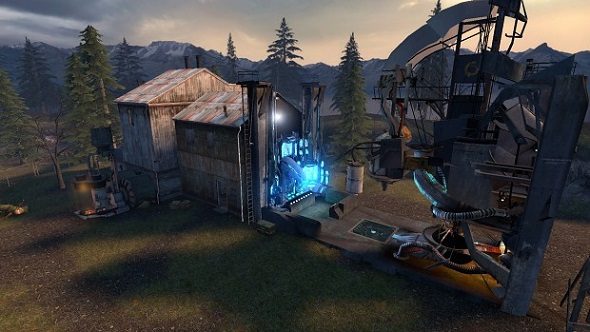 Since the publication of Marc Laidlaw’s tongue-in-cheek reveal of the planned plot for Half-Life 2: Episode 3, interest has flared up in regards to Half-Life 2’s missing chapter. Gathering together leaked maps and prototypes from Valve, Half-Life 2: Aftermath gives fans a glimpse of what Episode 3 may have been like.

Get up to speed on the Half Life 3 saga with our handy retrospective.

Much like Laidlaw’s Epistle, this playable archive by Lever Softworks concerns Half-Life 2: Episode 3 – not Half-Life 3. For all we know, Half-Life 3 may be still be in development in the deepest depths of Valve, but based on what Half-Life fans have gathered over the past few months, Half-Life 2: Episode 3 was cancelled. With none of the original Half-Life writers left at Valve and the company focused on Dota, CS:GO, and VR, chances of a true Episode 3 are slim to none.

So what’s in Half-Life 2: Aftermath? In version one of the build, it contains:

Most of the scenarios are experiments which involve the player upgrading the friendly robot DOG in order to rescue Alyx Vance. One of them involves the player roaming round an expansive hub world, finding resources in order to upgrade DOG.

Future releases are planned for Aftermath, so expect more cut content to end up in this Episode 3 archive. Along with the info dump, it is recommended that you watch the special Valve News Network video (found above), which details the story of Episode 3 so far and how fans came across these leaked test maps and enemies.

While we may never see Episode 3, Aftermath acts as a window into what could have been, and what Valve were getting at during the years when Half-Life was still a major priority. You can download Aftermath right here and play through all of the test maps, thanks to the hard work of Lever Softworks.