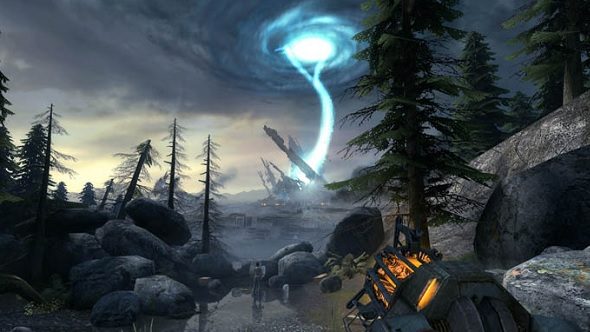 After Marc Laidlaw’s publication of a ‘fanfiction’, which revealed a plot summary for Half-Life 2: Episode 3, there has been a resurgence in interest for the Half-Life series. Hoping to harness some of that enthusiasm, the Epistle 3 game jam has fans building their own interpretations of Half-Life 3 or the missing third episode of Half-Life 2.

Here’s everything we know about Half-Life 3’s epic development saga.

Organised by ZAM editor-in-chief and game developer Laura Michet, participants of the Epistle 3 game jam must use Laidlaw’s script as part of their game. It doesn’t have to be an accurate recreation, the script just has to be used “in whole or in part of a style of your choosing.” As long as you base your game off the initial script you’re free to make whatever you want. Points for the first person who makes a Half-Life fighting game using the characters in Laidlaw’s script.

That freedom to go in any direction with the script is critical to this game jam; the itch.io page for the Epistle 3 jam proudly states that “Half Life 3 is finally free, where it belongs.” With Half-Life fans having to wait so long just to get this plot summary, now is the time to cut loose and make the Half-Life game that you’ve always dreamed of.

The jam runs until October 31 so you better get cracking if you want to make the deadline. If you’re looking for others to collaborate with, you can find potential team-mates via this helpful forum. Some participants have already submitted games over on the Epistle 3 itch.io site and you can follow along on Twitter with the hashtag #epistle3jam.