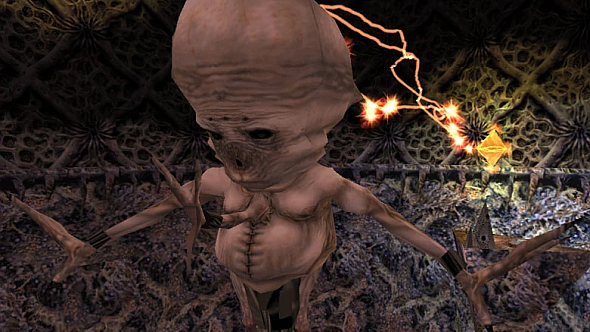 Remember the Nihilanth? The creepy giant baby at the end of Half-Life? Turns out it was inspired by Gabe Newell’s son. Or rather, his impending existence.

Here is everything we know about Artifact – Valve’s first new game in ages.

The anecdote comes from Gray Newell himself, speaking with Valve News Network:

“The final boss of Half-Life 1, the giant evil baby monster, is supposed to be me. When my mother was in childbirth they were thinking, ‘what’s really scary’? And at the time, having a child seemed to be the most scary thing to everyone.”

So it’s not so much that Gray was at one point a giant floating alien who assaulted mum and dad with ball lightning, but that the act of having a child in general is a momentous thing.

There’s plenty else of interest in the interview. For one, Gray is following in his dad’s footsteps and making a sci-fi shooter with his own studio, Naetyr. Their game is called Fury, and it’s inspired by Titanfall and Star Citizen. It’s early in development, but there is some striking concept art, which hints at an element of planetary exploration: 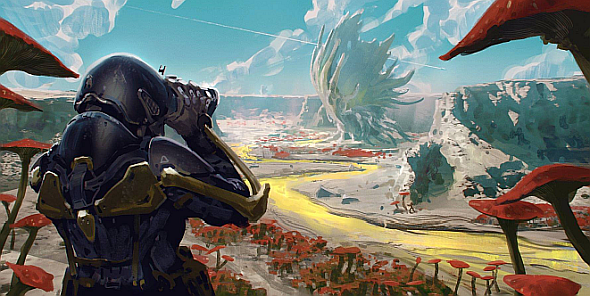 Gray also has some gently critical thoughts on Valve’s direction as a company, saying he wished they took more risks, and even hinting that they may be about to:

“They make incredibly smart decisions but sometimes you have to do something stupid, sometimes you have to have a stupid crazy idea and say, ‘Fuck it, go with it’… Valve has a mind-boggingly enormous amount of resources at their back. I really hope they find the courage to start throwing them at something new. And I know what they’re working on and how they’re going to begin pushing things… I want to see them push the envelope again. I want to see Valve be scary again, in a good way.”

As far as we know, the next big thing to come out of Valve will be Artifact – a new collectible card game. We wonder if Gray is talking about this, or something else? Leave your thoughts in the comments.