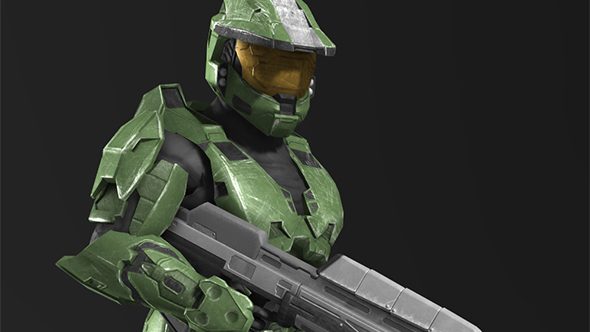 With a series as big as Halo, fans are anything but hard to come by. Those dedicated enough to create their own titles should the developers behind it not be delivering the goods, however, are a far rarer beast.

A fan of shooting digital things in the face? Have a look at the best FPS games on PC.

That’s exactly what a group of Halo fans decided to do last year. As we detailed when we first covered the project back in late 2015, INSTALLATION 01 is the very definition of a fan game: a title set in motion out of a desire to bring multiplayer sandbox action set in the Halo universe back to the PC.

The intervening months have been kind to the project, with the latest video posted by the dev team (put together for CE3 2016, the online event celebrating unofficial Halo: Custom Edition mods) showcasing just how far INSTALLATION 01 has moved on, particularly visually. Seriously, for a fan gameput together in Unity, this is all looking a bit sexy.

The seven and a half minute video talks to some of the key faces behind the game’s development, with the team stressing they’re looking to deliver something that offers a “unified view of the Halo universe”, rather than one that leans towards either Bungie or 343 Industries’ take on the series. Ambitious.

More than 30 people across the globe are currently working on INSTALLATION 01, with releases on Windows, Mac and Linux all being targeted, though no official launch date has yet been given. Pleasingly, there’s no suggestion this one will fall foul of Microsoft’s lawyers, though – as Galaxy in Turmoil’s creators know all too well – things can change in a heartbeat.

We’re all keeping our fingers crossed for this one – an especially tricky act to pull off as a collective it must be said, but one we’ll ultimately use to explain any typos you spot on the site in the coming months.