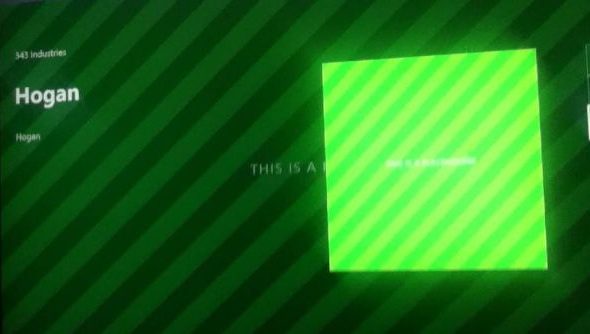 Update May 6, 2016: Microsoft have issued an official statement saying that we’ll see more of Halo Wars 2 at E3, but not commenting on the leak directly.

We asked Microsoft for a statement on the reported Halo Wars 2 leak that popped up on Xbox One yesterday. A spokesperson responded, and while they didn’t have anything to say specifically about what happened, they did reveal that we’ll be seeing more of the game at E3.

The first game doesn’t make it onto our list of the best strategy games – will Halo Wars 2?

“It’s no secret that we are hard at work on Halo Wars 2,” they explained, “and as a part of the development process, we continually test various aspects of the game. We look forward to showing Halo Wars 2 to the world at E3.”

So, looks like the assumption that it was some sort of beta that got distributed accidentally was correct. Not exactly surprising that the game’s going to make its proper debut at E3, but nice to have the confirmation. It doesn’t look like anything else came out of the leak, it being on console and so few people getting access making datamining impossible. We’ll have to wait until next month for more.

Original Story May 5, 2016:Looks like someone pressed the button a bit too early. Reddit poster OniYsoni has posted a series of images, as well as a short YouTube video, of what appears to be a very early build of Halo Wars 2 running on his Xbox One. The game, named ‘Hogan’ in menus, appeared for no apparent reason in Oni’s game list today, and upon booting it shows menus and text that are consistent with the first game, as well as logos for Halo developers 343 Industries and Halo Wars 2 house Creative Assembly.

The pair of off-screen images can be seen in this album, while here’s the video of what happens when it’s booted up:

The uploader has since said that they’ve lost access to it on his console. The menus seen above are apparently identical to those from the original game, and the various bits of debug code would suggest a strategy game with matchmaking and disconnect punishment.

Chances are this is accidentally-live prep work for a Halo Wars 2 beta some time in the near future. While Oni found it impossible to progress beyond that opening screen, it’s likely whatever build Creative Assembly are currently working with internally. The download was also over 18 gigabytes, suggesting quite a bit of work is already done.

Others in the Reddit thread say that there was a build given out, NDA’d naturally, earlier in the year, and this may be the remnants of it. Either way, expect to hear a bit more about Halo Wars 2 once Creative Assembly get Total War out the door.

We’ve contacted Microsoft for comment on the matter and will update when they reply.