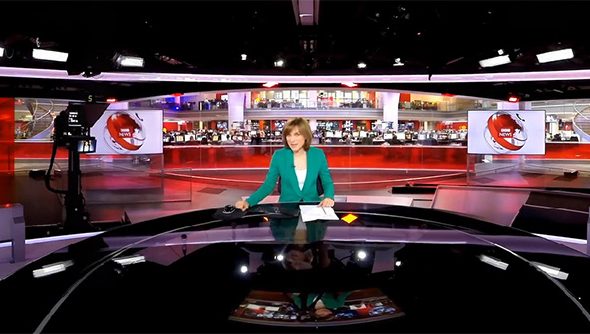 The BBC has just developed and released a virtual reality tour of the BBC News studio, including a fully immersive Fiona Bruce experience in which the beloved Antiques Roadshow host, news presenter and national treasure can be witnessed delivering the news in a full three-hundred-and-sixty degree panoramic, Oculus Rift spectacle.

Of course, this isn’t the first time British newscasting culture and bleeding edge technology have aligned. Let’s take a look at the five most memorable advancements in taxpayer-funded broadcasting experiments that I definitely haven’t just made up to bulk up an otherwise quite short article. Here we go. In 1986 engineers at Sinclair generated a fully three-dimensional, artificially intelligent clone of Peter Sissons, which activists at the time described as “a sentient program, one that it could be argued has its own thoughts and feelings, with deeply troubling philosophical and spiritual ramifications for the entire human race. What happens next may be the measure of our species. Have we become God? Or something worse?”

Researchers trapped virtual Peter Sissons inside 3D Monster Maze for several gruelling weeks until, in a tragic and unexpected twist, the confused and terrified program learned how to shut down the maze’s safety protocols. Now vulnerable to a violent self-deletion, Peter Sissons walked calmly into the monster’s waiting jaws with a quiet dignity he had never been programmed to have.

When an escalating series of back-and-forth dares between Channel 4’s Jon Snow and BBC political correspondent Nick Robinson got out of hand, a horrified audience witnessed the fatherly anchor clamber giddily into the world’s largest particle accelerator. Distracting Brian Cox by pointing over his shoulder and shouting “quick, look over there for about five seconds”, Snow deftly slipped behind a restricted fence and accessed a small hatch on the side of the machine.

Viewers were then subjected to the violent spectacle of the news presenter’s molecular structure rapidly destabilising as the man was whittled down to an atom-thin and five mile long piece of human nano-thread. The process was reversed by running the particle accelerator the other way round, but those closest to Snow say he’s never been quite the same since. And he’s about an inch taller now. 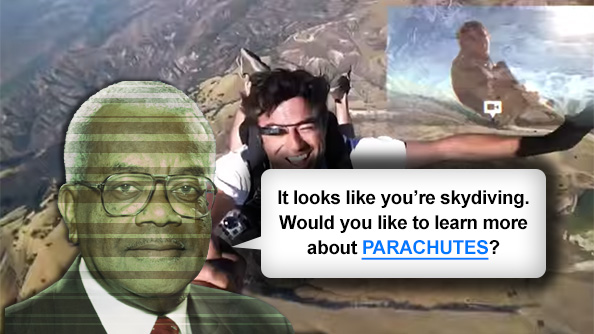 ITN’s brief partnership with Google Glass gave rise to the world’s first range of holographic Trevor McDonald personal assistants. By projecting the ITV News at Ten presenter on to the inside of the glass lens, users could have their very own Trevor McDonald appear anywhere, at any time, to assist in any matter. Want to relax in your living room? Just ask Trevor McDonald to dim your lights to any one of a number of preset configurations, he’s happy to help! Cooking dinner? Trevor McDonald can remind you when it’s time to check on your turkey. Bored? Summon Trevor McDonald and ask him to dance. He’s programmed to know every dance there is.

Holographic Trevor McDonald was a raging success, supplanting Microsoft’s Clippy as the de facto virtual PA until one day, mysteriously, all of the Trevor McDonalds disappeared at once. A brief period of confusion reigned as the world’s population learned to live without their holographic helper, but normality soon returned. Where did all the Trevor McDonalds go? Nobody knows!

This one, while sounding about as unlikely as everything else in the list, is actually a real thing. You hover around three locations at BBC HQ, like a curious ghost, unable to interact with your surroundings but making everybody around you feel uncomfortable. Here’s a short video demonstrating what it’s about.

1. I DON’T KNOW, MICHAEL BUERK ON A ROCKET OR SOMETHING?