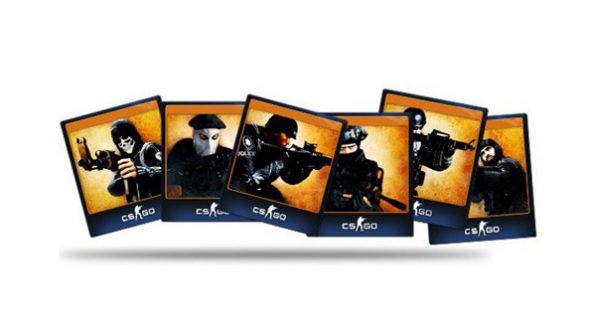 I’ve just sold one of Steam’s newfangled cards. This makes no sense to me whatsoever. What makes even less sense is how quickly it went and for how much: 50p for a virtual picture of Alyx and Gordon that vanished in less than a minute.

The Steam trading card beta launched last night, alongside new profiles. If you want in, you can buy an invitation on the Steam marketplace; they’re being listed right now for about £3.

For those who aren’t in the beta, the new system profiles are oddly convoluted and split into discrete elements.

There are achievements, cards and badges.

Achievements are what you already know from Steam – you earn them from playing games for passing discrete milestones.

Cards are different: they drop into your inventory as you play a game. In two hours of play of Half-Life 2 over the last few days (I’m ‘testing’ Half-Life 2 and the Oculus Rft) I’ve been granted four cards. I didn’t get a pop-up or notification, they just landed in my Steam inventory when I closed the game.

Valve say that half of the cards within a set can be earned through play; the other half have to be discovered and earned through trading. Each game has a different number of cards to collect. Half-Life 2 has eight cards, Counter-Strike has five, Dota 2 has eight, TF2 nine and Portal 2 eight.

When you have a complete set of cards: the cards themselves are joined together and crafted into a badge.

The crafting is what releases the XP: 100XP per full set. As well as the XP earned, you earn a random emoticon and a random background for your Steam profile. There’s also the chance to earn a discount coupon for a game. Badges can be displayed on your profile.

The cards themselves are tradeable; but the prices are in flux: most cards are listed for between 50p to £2. 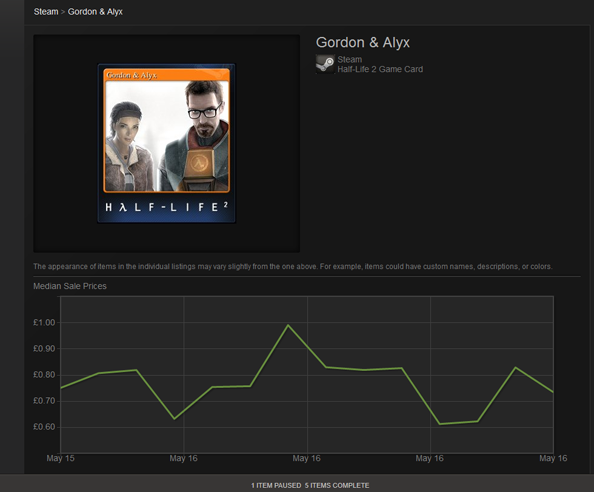 Why would you buy a card? I tracked down the man who bought my picture of Alyx Vance. He said: “really, I just needed one more card so I thought “why not””.

Which doesn’t really answer the question. My journalism fu is weak.

Note too that you can’t then take the cash out of Steam – the 50p I earned stays in my Steam Wallet and can only be spent on more Steam stuff.

Earning XP is an odd one: I’m currently a level 10 Steam person. I don’t really understand how I earned that XP previously. 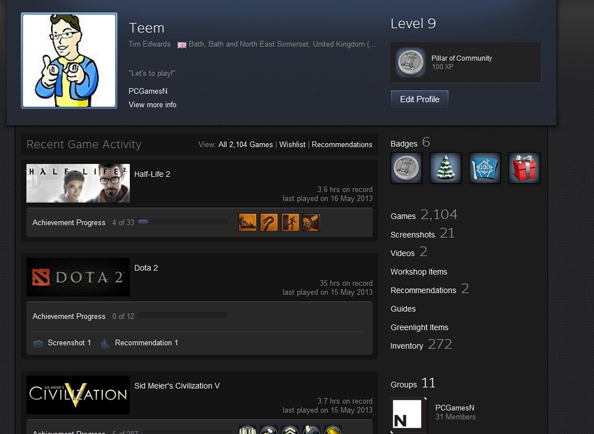 Complicating this are achievements that are earned outside of playing games for taking part in the Steam community and events. The Pillar of the Community badge, for instance, asks you to take part in all the Steam features like Greenlight and the video editors. Anything that drives more people to explore the various little side avenues of Steam feels to me like a good thing.

However: Valve have introduced the concept of digital scarcity to friends list.

This, from the FAQ, is barking mad. In answering the question: “What are the direct benefits of my Steam Level?”, Valve say “You get more options to customize your profile, and the maximum number of friends you can have on your friends list increases.”

That makes no sense to me at all. Limiting the number of friends a gamer has on Steam is just ridiculous. I love having loads of Steam friends: it gives me a vast pool of people to play with. I shouldn’t have to take part in a trading system to increase that limit.

Everything else: woo. This is a nice, friendly and fun way of building out Steam’s slightly wonky achievement system. It’s a little bit slim right now: with just a few games taking part. When PC game developers start building their own cards; this is going to make Steam feel like a vast and vital trading ecosystem.