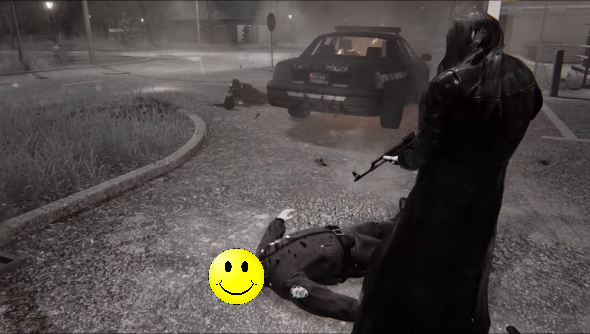 In October Hatred, a violent isometric shooter about going on a killing spree and murdering civilians, was pulled from Steam Greenlight. Valve initially said that “based on what [they’d] seen on Greenlight we would not publish Hatred on Steam.” However, two days later Valve co-founder Gabe Newell  said “It turns out that it wasn’t a good decision, and we’ll be putting Hatred back up.”

The American ratings authority, the ESRB, has given Hatred an Adult’s Only rating. It’s the second game in the board’s history to receive the rating for violence alone.

Clearly Hatred’s a controversial game, the sort of thing that makes the frontpage of The Daily Mail and the morning breakfast shows but PEGI, the European games rating authority, hasn’t said a thing about it publicly.

We spoke to PEGI’s communications manager, Dirk Bosmans, to find out why.

In Hatred you play an anti-hero whose sole aim is to put as many “human worms” into the grave as he can. The announcement trailer shows the player blowing someone’s head off with a shotgun, frantically stabbing a police officer in the crotch, and shooting a woman in the mouth who begs him not to. Hatred’s trailer depicts it as an unremittingly bleak game where casually sadistic and violent murders are an essential part of play.

You can see the trailer here.

ESRB have given the game an Adults Only rating, their highest, and Valve temporarily pulled the game from Steam Greenlight based on the blurb and trailer. So far, PEGI have remained silent.

“The Game does not exist yet” 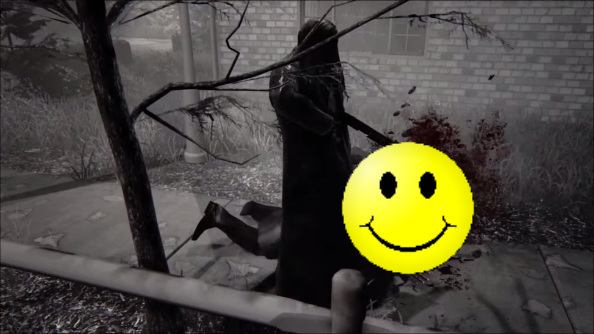 “When I saw the trailer a couple of months ago, I immediately said ‘We’re not going to talk about this,’” Bosmans said. “I’ve read a lot about Hatred already and the game does not exist yet, what does exist is a trailer… an advert,” says Bosmans. “What we’re looking at is an advert and therefore could be very misleading as to what we will experience in the game. Destructive Creations were aiming for shock and indignation and it was a marketing ploy that worked well.”

However, PEGI can’t and won’t suggest a rating based on the content of a trailer “because that’s not what we do. We comment on actual game content and that’s not available yet.”

But, Bosmans explained, even if they had a copy of Hatred and it was every bit as bloody as the trailer suggested, they wouldn’t ban it. PEGI leaves banning games up to local governments.

“PEGI doesn’t censor a game in any way,” Bosmans explained. PEGI doesn’t have the authority to ban games. “If a game has very strong content it gets an 18. Obviously, we are aware in certain countries there is the legal possibility that a game could be banned.” In 2007 the UK ratings board, the BBFC, refused to give Rockstar’s Manhunt 2 a rating; without a rating the game couldn’t be sold in UK stores. Rockstar managed to get the game reappraised and given an 18 rating by blurring executions and removing the more violent decapitation animations. 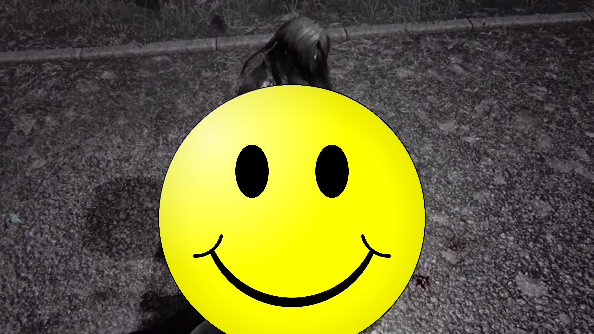 PEGI’s role isn’t to prevent people from playing games, only to let people know what kind and level of content a game features.

“No matter what the content would be we would always give it an 18,” Bosmans clarified. “Our administrators would point out that the game would most likely be banned in certain countries under law. We can only give that message and it’s up to the publisher to make changes.”

The system they’ve developed for rating games disregards everything about a game except for the game itself. The rating board appraises games based on eight descriptors – violence, bad language, fear/horror, sex, drugs, gambling, discrimination, and online. Traditionally, every game submitted to PEGI goes through the same process: the publisher answers “a 35 question survey that covers all the topics that you see in those eight content descriptors.” At the end of the questionnaire they are able to see a provisional rating based on their answers. One example of this is violence against defenceless humans, that awards a game an instant 18 rating. Visible bare boob gets you a 16 rating. Sexual innuendo, a 12.

PEGI have to be strict about a single appearance of content qualifying a rating because, as Bosmans explained, “if it’s a level that you have to play 75 times before you can move on it’s not something you can disregard by saying it’s just one instance.”

The rating doesn’t become official until a developer has submitted relevant materials – cutscenes, video, the level that contained the content which defined that rating. Based on the evidence the Video Standards Council confirm the rating or, if there’s something not right, contact the publisher for more evidence.

So what are ratings for? 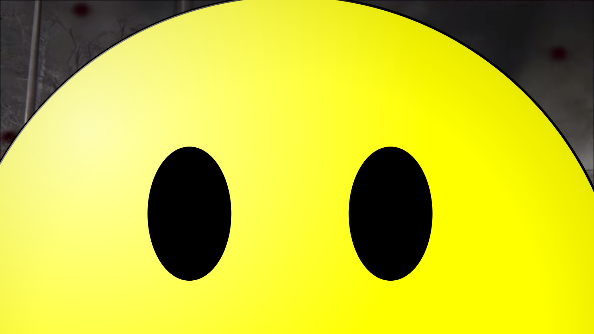 Nintendo, Sony, and Microsoft all insist that any game released through their platform must have a rating. There’s no central authority to demand this of PC games and, as such, many digital-only PC games are released without a rating. This seems like a mistake for developers, publishers and consumers.

Bosmans is confident PEGI could rate every single game on Steam and in Greenlight. Bosmans admits the classic rating system is a “slow process if you’re considering online.” However, they already have a system in place to rate Windows Phone Apps, PEGI Express. With Express a developer “goes through a questionnaire, gets a rating and the license and we do a post-check to see if that’s been done correctly.” You can get a rating to show in stores the same day as you submit your questionnaire. The system’s purpose-built for Windows phones but PEGI could create something similar for Steam.

Every one of those unrated games would receive a rating if they were submitted for one, so there’s no danger of a game not going on sale, the loser in this situation is the person buying the game.