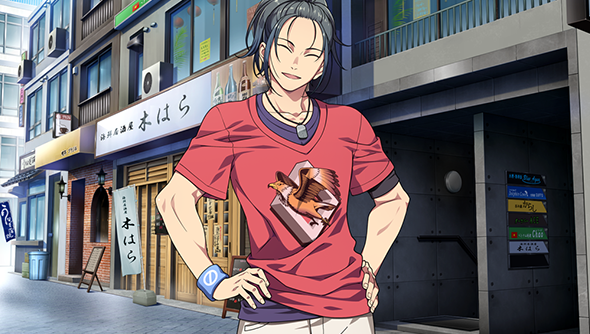 I’m a popular, cool guy who has plenty of good sex. In fact you might say that I’m something of an expert at sex, or that I am, to use a new word that I have just this second invented, a “sexpert”. That term — feel free to use it, you are welcome — not only contains the noun “sex” but also the sexiest verb: “spurt”, which is a thing that happens to both penises and vaginas during sex. What a sexy, intelligent and gender-ambivalent portmanteau, if I may briefly congratulate myself on coining it right here and now today.

That thing about the spurting is just one of the many sex facts you will learn about in my brand new videogaming column, which I have called Having Lots of Sex With Men in Videogames. So take my hand and join me on a sex-positive boy-romp as I explore the world of boning loads of dudes in different videogames. Or don’t, I don’t care, whatever. Just be aware that there’ll be terrible words and awful sexual imagery if you keep reading. Okay? Alright.

Today’s game I am having lots of sex with men in is called No, Thank You!!! 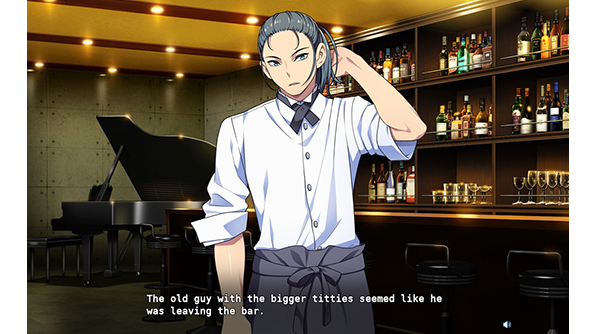 Having lost his memory, Haru cannot remember how old he is, which could be seen as a little bit suspect in a game about having tonnes of consensual and legal sex. Everyone he bones generally agrees however, for the proper reasons I am sure, that he’s “about 22”. Haru’s bio reveals that it “doesn’t take much to get him into bed at all”, and that “sexual harassment is an everyday activity for him”. So off he trots like a cheeky poltergeist, empowering himself by grabbing boys’ arses and generally being a bit of an adorable sex-pest.

NTY is more of a visual novel than a fully interactive game, sort of like a Choose Your Own Adventure book in which a decision only pops up every fifty pages, and that decision is usually which of the four men in the game you’d like to do a sex on at that given moment. 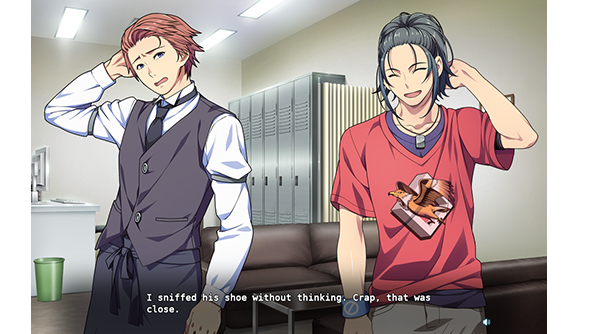 Casual groper Haru winds up working in a bar where he is gradually introduced to all of the cartoon men he intends to one-day pleasure using his hands, penis and mouth. An achingly slow plot begins to unfold as it’s revealed that the bar is actually a front for a cool-ass vigilante crime fighting / man-sexing group. It’s an overwritten succession of chapters that delays the filth, but ultimately enhances it with the natural porny frisson of personalities and context. You know, the same reason porn starts with a pizza being delivered or a toolbox being opened. You’ve got to establish a universe (of either pizza or tools) before the smut rolls in.

It is better, after all, to watch the men having their nice sex after you’ve sat through twenty minutes of them discussing appropriate footwear for working behind a bar, as the tension gradually builds. Now there are — I have been told — many places online where one can view images and videos of people having sex with one another, but games like NTY and other visual novels are more than simply pornography. Instead they exist to absorb the player in an engaging world of endearing characters and relationships, and then, once they’ve established who everyone is and what’s going on, it lets you fuck them all sideways. That’s the point of these things. 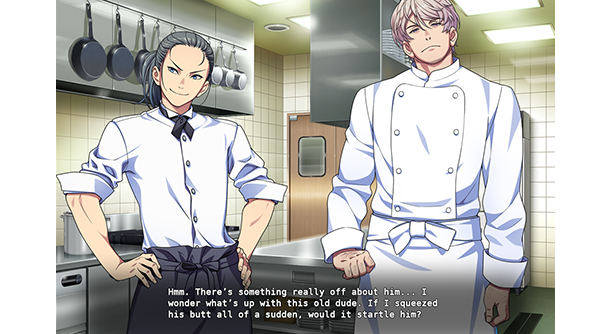 The sex scenes are made up of a number of still frames. And unlike the original Japanese version, the English version of NTY is completely uncensored, meaning you’ll see an erect penis going into a man’s anus just as God (and the game’s designers) intended: in absolute, unbridled fidelity. You even get some noises. Here are just a few of the sounds you can expect to hear. I can assure you that they are all real sounds that happen during actual gay sex. I can tell you this because, as I mentioned at the beginning, I am a sexpert. 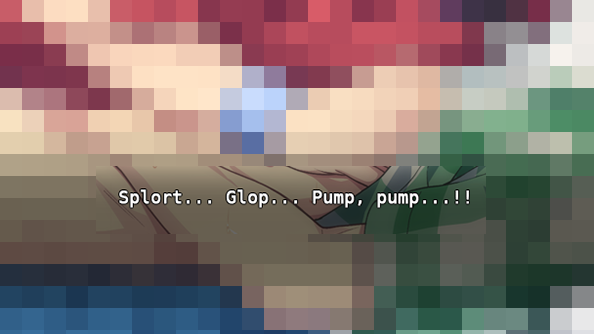 But this game does so much more than splorting sounds, because NTY innovates in the increasingly stagnating interactive boy love novella scene. In the settings menu you’ll find an option to adjust the amount of body hair on the boys. There are three settings here: full hair, no hair and pubic hair only. “Full hair” will give your boys big bushy chestrugs that you’ll just want to drag your teeth through, while the hairless option renders the boys all slippery and silky smooth, like the full-grown adult babies that they are.

You can even tweak individual boys’ body hair to suit your tastes, though I would argue that it’s unrealistic to try to force these virtual men to conform to your own fucked up grooming standards. Real boys come in all shapes and sizes and degrees of hirsuteness, and they all deserve to be fingered by Haru regardless of how much it would tickle if they put their calves up to your ears and kicked their legs back and forth like a big sexy cricket. I’m sorry but that’s just my sexpert opinion and you’re going to have to deal with it.

Over on the NTY website you can try the system out for yourself. 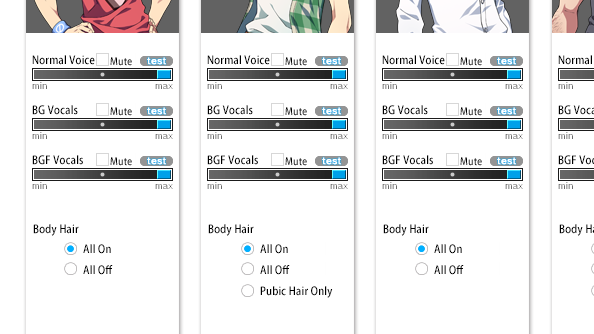 And the four guys that you can do the dirty with cover every different gay body type known to modern science: buff, twink, buff (old), and nerdy. Truly this is a most egalitarian fuckabout sim, and as a sexpert I highly rate its penises and all of the sex options that those penises have. I think, eventually, I even started to enjoy the twee crime fighting aspect of the storyline too. Honestly, I think I’m playing this for the plot now.

The other 49 games in what I have just decided will be a 50-part series of sex articles will certainly have their work cut out for them, becauseNo, Thank You!!!’s cock-gripping tale of five men who work in a bar and just won’t ever stop doing it with one another has set the bar pretty high, as far as having sex with lots of men in videogames goes.

(Also, if you know of any other games where you can have sex with men, do let me know. I need to think of about 46 more.)