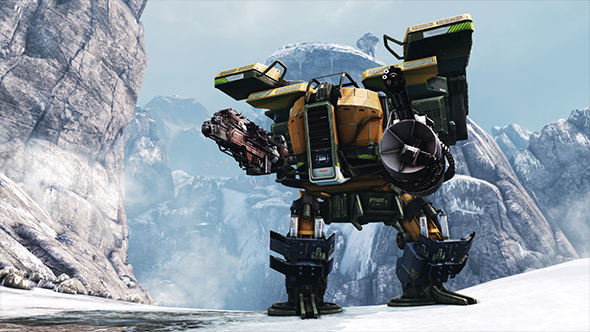 Hawken, the free-to-play mech shooter, will see its Steam servers shut down at the start of the new year, according to an announcement from the game’s Facebook page. DLC and other purchasable content has already been removed from sale, and the servers will be shut down as of January 2, 2018 to “refocus our development efforts.”

The news isn’t altogether surprising, given the game’s weak player counts. Total concurrent players haven’t exceeded 500 since 2015 according to SteamCharts, and recent months have seen average counts below 100, which isn’t sustainable for a free-to-play title. It seems the console versions of the game have been more successful, as this announcement applies only to the Steam servers on PC.

Hawken has been through more layers of development hell than most games. After an open beta launch in 2012, the game has been in and out of various stages of release ever since. Following the closure of original publishers Meteor Entertainment – and after nearly a year of silence – the title was picked up by 505 Games, who republished Hawken as an Early Access title on PC.

The console versions will live on for now, but it’s time for PC players to say goodbye to Hawken. Alas, we shall now have to look elsewhere for our mech combat fix.