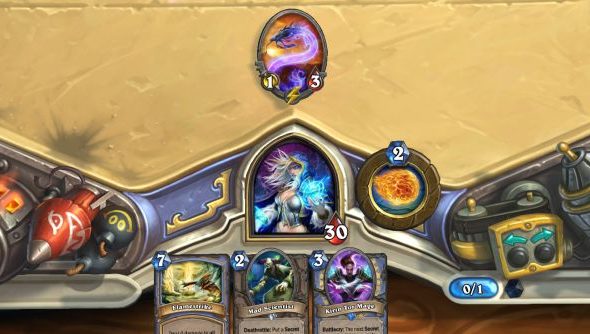 Hearthstone, while having been in the spotlight since last year, officially released earlier this year. The steamrolling popularity that it had attained since the first closed beta invite went out hasn’t slowed down. Not one bit. We’ve had two major content updates: the solo adventure raid of Naxxramas, and the injection of over 120 cards with the Goblin vs Gnomes expansion set. There’s also been full blown eSports tournaments; Blizzard’s own had a $100,000 grand prize.

Even those of us not playing on the grand stage, this game has been our go-to for those little breaks throughout the day, or those long evenings of burying your head in deck ideas. It’s addictive, fun and wonderfully simple, but also deep.

Hearthstone has been my game of the year, but my reasons for why go a little deeper than it just being an exceptional and excellent game.

Before Hearthstone was a thing, I was an active player of probably the biggest and most famous collective card game in the world: Magic: the Gathering. I’d always been a cautious onlooker of the game, but it wasn’t until the Duels of the Planeswalkers games that I made the decision to dive into the real thing. 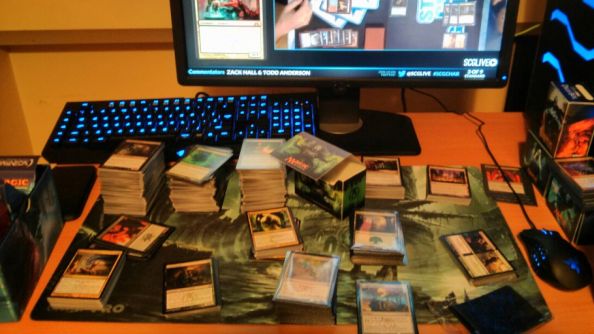 I really enjoyed my time with Magic, but it had two fatal flaws that ultimately led me to exit the scene.

First – it’s physical: I could only play with my massive collection with another person, and living in a rural village made that difficult. I would often go to my nearby city to play with a group, but would often have to leave – so early sometimes I would forfeit tournaments and prizes – just to be able to get back home on the last train.

Secondly – the game was ludicrously expensive: you either buy booster packs and roll the dice, or buy single cards to make a constructed deck; but with an ever shifting meta, those purchases can become wasteful as they shift out of the popular Standard format.

Their value to me, and to others, was a volatile and finite existence. My collection became more of a worry, than something to be unconditionally proud of.

So I sold my collection. But now I had fill my CCG addiction with something else; Duels of the Planeswalkers wasn’t cutting it anymore – I had tasted the real, full game, and Duels was quite frankly a watered down version. A shell. 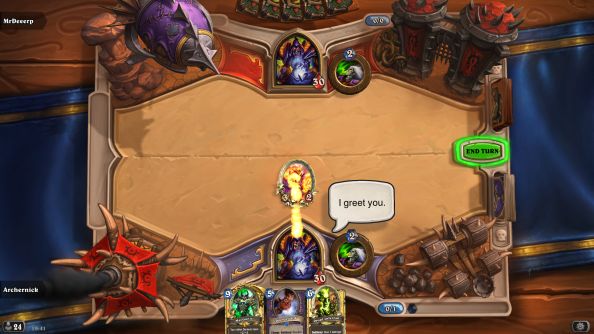 Enter Hearthstone. I was already heavily invested in the Warcraft universe, having played the franchise since Warcraft III, so it was immediately interested once Blizzard had announced it back at PAX East in 2013. Several months passed, I gained access to the game, and loved every second of it.

Since it launched earlier this year, we’ve seen two major content updates. The solo adventure of the Curse of Naxxramas brought back the nostalgic feelings of my World of Warcraft adventures, with a pleasurable and hilarious raid encounter. Meanwhile, Goblins vs Gnomes – Hearthstones first true card expansion set – has given way to a further lease of life: new cards, new decks, new ideas.

Yes, these all cost money, but they don’t have to. While I did drop a bit of cash at launch to buy some packs, I’ve been totally satisfied with the daily quests Hearthstone gives you for a supply of gold. Every two-three days, you can do an arena. Do well, and you’ll not only score yourself a pack(s), but also more gold than you put in. Be good consistently, and you’ll never have to buy anything ever again.

Recently, I found an incredibly relaxing way to play Hearthstone: by using a joystick program to map mouse and keyboard commands, I can sit on my sofa and play the game on the big TV; after a long day at the keyboard, nothing could honestly make me happier.

Now if you’ll excuse me, I’m off to go face my cousin who lives hundreds of miles away, in a battle of skill, strategy and good old RNG. And I’m going to have a lot of fun doing so.