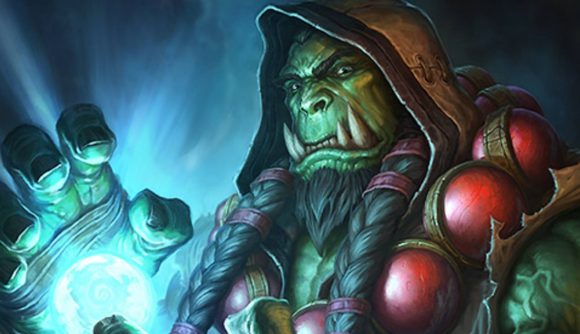 Hearthstone is about to become cheaper for players – or so we hope. The collectable card game from Blizzard Entertainment has struggled in the past with monetisation versus playability, and so with the arrival of Hearthstone’s next expansion, Ashes of Outland, changes- changes are being made to card packs, to give players more of the cards they don’t own.

The system is called duplicate protection and already applies to the highest level rarity of cards, legendaries. When a player opens a card pack they will receive cards of different rarities, and fairly often duplicates of the same card.

The problem is that you can only use two of any card in Hearthstone (for legendaries it’s one) so having more than two of any card proves useless in gameplay. You can trade the extra for dust (a material you can make new cards with), however, that works out as a loss – disenchanting an Epic gives you 100 dust but you need to pay 400 to make a new one.

So, duplicate protection means that when you’re opening a card pack in Hearthstone from now on, players will be guaranteed new cards they didn’t previously own of that level of rarity. Here’s what Hearthstone’s game director Ben Lee had to say about the change: “When you have more cards, you have more options to have fun. So from the first expansion of the year, duplicate protection will apply for all card rarities.

“What this means is that whenever you open a card of any rarity, there will be one you haven’t gotten yet. This is an effort to make the game cheaper. This will also affect all old expansions and all old card packs, including those that you currently have in your account. We’re really really happy with this change and we hope our players will be, too.”

This system is theoretically cheaper because players won’t have to spend so much on card packs looking for the card they want or collecting enough dust to make them instead. This new system falls into place from March 26.