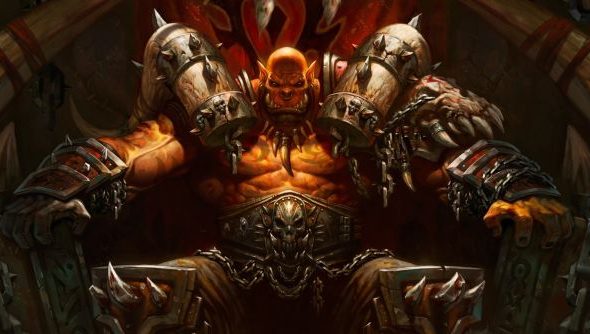 Hearthstone is subtitled ‘Heroes of Warcraft’ and very much has its roots in Blizzard’s fantasy universe. But in little more than a year, this small collectable card game has grown so large that it has become its own entity. No longer the World of Warcraft card game spin-off, Hearthstone is its own behemoth.

“Hearthstone has grown into its own game. It has its own legs,” says Eric Dodds, Hearthstone’s lead designer. “I see it continuing to grow in that direction.”

Hearthstone has well over thirty million players these days. It’s bigger than its parent game could ever hope to be. Thanks to that, it now has a level of command over the Warcraft lore, with the team creating new creature minions these days rather than taking them from other Warcraft games. It’s all part of the game’s growing identity. “We keep the idea of Warcraft – be that Warcraft 3 or World of Warcraft or Warcraft 2 – but we move on into new space and just become known for what we are,” explains Dodds.

But those Warcraft roots will never die, and that’s never been more apparent than in Hearthstone’s latest adventure expansion: Blackrock Mountain. Based on the landmark that’s so familiar to World of Warcraft players, the adventure tries to replicate the area for card play. “With our last adventure, the Curse of Naxxramas, we had a lot of fun in this dark and sinister but kind of charming place that was very well known. We wanted something for our next adventure that would be in direct contrast with that,” says Rachelle Davis, one of Hearthstone’s software engineers.

To get the feel of Blackrock right, the whole Hearthstone team went to the mountain in World of Warcraft. “We all jumped into Blackrock Mountain and played through the dungeons,” says Davis. “Some players are better in WoW on the Hearthstone team than others. Others are more casual or not WoW players at all. So everybody got a flavour and brought different ideas to the table: what should be brought into Hearthstone, and how we could best portray it.”

But with Hearthstone growing and the design team being confident enough to create new ideas purely for the card game, where do they go next? It’s not difficult to imagine extending the tendrils into Blizzard’s other franchises. Like Heroes of the Storm, couldn’t Hearthstone be a cross-universe game?

“Yeah we talked about that. It sounds pretty awesome,” says Dodds. “Sometimes we’ll see a post on Reddit, here’s the Diablo board or whatever, but we really wanted it to have a cohesive world. If you start mixing in different things then you feel like there’s not a consistent story there. We really want to keep it feeling like an actual world you can imagine these people walking around in.”

That reluctance to not leach from other franchises only enforces Blizzard’s commitment to grow the Warcraft universe through Hearthstone. For now, it’s new characters like Snowchugger. But it’s not hard to imagine that Hearthstone’s next adventure could be set in an entirely original location that we’ve yet to visit in any other game set in Azeroth. The next expansion could well introduce a whole new race. Suddenly Hearthstone’s appeal isn’t just outmaneuvering your opponents, but exploring the World of Warcraft itself.