Opting for a colossal monster of myth as opposed to a cute, curly-tailed mammal clearly demonstrates Blizzard’s ambitions for the next year of updates to its card game. This is matched by the size of the Hearthstone mission team, which is at its biggest ever, tending to a roadmap that’s so hot you could mistake it for the belly of a fire-breathing lizard.

As with previous years, Hearthstone will receive three expansions across 2019, each adding 135 cards and a variety of new mechanics. Blizzard claims that it’s looking to “celebrate storytelling” this year, so expect more emphasis on themes, characters, and narrative than in previous expansions. Think that sounds like an ambitious piece of single-player content? You’re not wrong: the first update will come with a new PvE mode, which forms the start of a year-long story that Blizzard will spin through new cards, characters, and quests.

The first slice of the Year of the Dragon single-player story is due to release about a month after the first expansion set launches. Expect to play as one of nine new heroes who must venture into one of Warcraft’s famous locations. 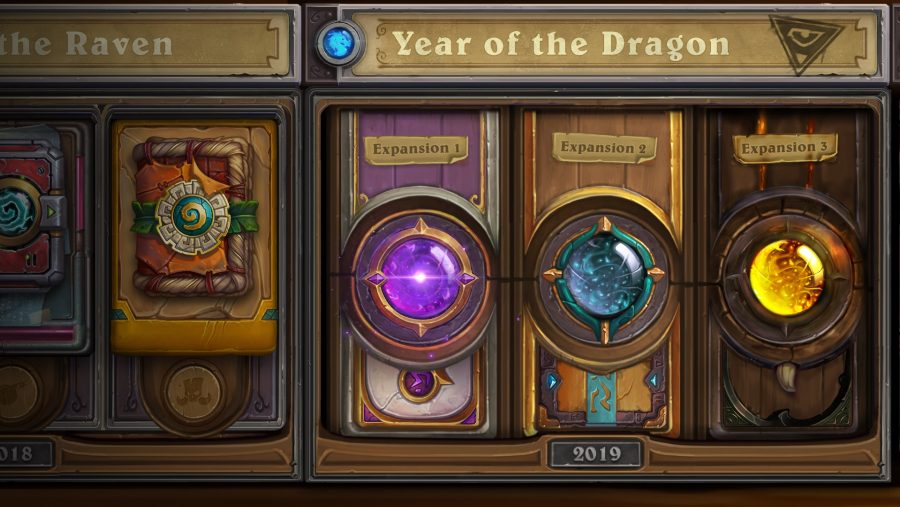 Forged in a similar mould to the Dungeon Run in Kobolds and Catacombs, there are five chapters to complete in this story, with each new quest pitting you against eight randomised bosses. There’s distinct customisation, progression, and rewards as you move from boss to boss and chapter to chapter. Various modes will apply different levels of challenge, too, including the return of Heroic difficulty.

There are also mini, friendly encounters that don’t require you to defeat an enemy, which work as an entertaining moment of respite in an otherwise challenging run. We can’t give anything else away yet, but let’s just say it may just be the most adventurous-feeling Hearthstone PvE content in years.

Presumably as a result of this single-player mode’s scope and ambition, you’ll be required to stump up a little cash to play. The first chapter will be offered free, much like how Naxxramas was back in the day, but unlocking the other four chapters will require an investment of 700 gold each, or £16.99/$20.00 for all of them.

As Hearthstone evolves, certain cards begin to stand out due to pushing classes in the wrong direction. These cards are moved to the Hall of Fame. Think of it as a retirement home for cards; a place where they can shine, but not too brightly.

For those entirely focused on traditional card duels, rather than PvE, the new Smart Deck Builder will be worth investigating. Powered by a clever bit of coding, the builder is able to analyse the current top decks in the meta and use your cards to construct something competitive. With a single click you can create a deck from scratch, or use the builder to complete a deck after choosing the first ten or 29 cards. This seems like an invaluable tool for those with only one foot in the Hearthstone competitive scene.

Those with both feet in the scene, however, will be pleased to learn of this year’s shuffles. Baku the Mooneater and Genn Greymane are to be pulled from Standard and sent to the Hall of Fame, along with their support cards: Gloom Stag, Black Cat, Glitter Moth, and Murkspark Eel. These will be joined by Doomguard, Naturalize, and Divine Favor. You’ll need to head to Wild to make use of these in the future, which will likely result in a sigh of relief from many players. 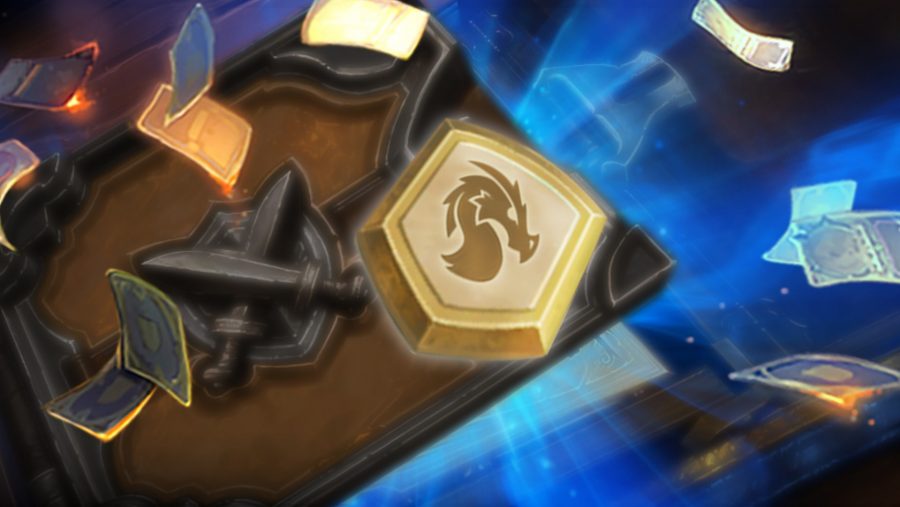 There are change-ups happening over in Arena, too. Blizzard promises the mode will feature new formats every two months, such as combining recent Standard cards with ones pulled from Wild. For example, the first rotation draft pool will contain Basic, Classic, Curse of Naxxramas, Whispers of the Old Gods, Mean Streets of Gadgetzan, The Witchwood, and cards from the first 2019 expansion. This rotating pool should encourage repeat visits to Arena. And, starting from the next patch, Arena wins will finally count towards earning your 500 wins to earn a Golden Hero portrait.

Finally, there are two pleasant quality-of-life extras. If you’ve struggled with Legendary quests, you’ll be pleased to know that you’ll be able to re-roll them from the start of the next expansion. And, for those like me who are paralysed by even the most meaningless choice, there’s a new random card back feature. Apply it, and each new game you play, a random card back will be chosen from your collection to use for the match duration.

The Year of the Dragon is on track to be Hearthstone’s biggest year yet, certainly in terms of features. As such, what is outlined here is just the beginning. But for now, start preparing you goodbyes to your retiring Year of the Mammoth cards, because you’ll be shuffling some fire-breathers into your deck very soon.