Hearthstone’s $1 million tournament takes place just weeks after the April 9 launch of the popular digital card game’s latest expansion, Rise of Shadows. That short lead has left pros scrambling to figure out the overall metagame and plan their decks.

One of those pros is Muzahidul ‘Muzzy’ Islam, a popular player from the States. We spoke to him the day before the Hearthstone World Championship kicks off to discuss his lineup, the new cards, and what competing in Taipei is like. The tournament features 16 players divided into four brackets – David ‘killinallday’ Acosta of the United States and Mihai ’languagehacker’ Dragalin of Canada round out Islam’s.

With Blizzard announcing its 100 millionth Hearthstone player in the autumn of 2018, amateur competitors from around the globe will be watching those players and the rest at the Hearthstone World Championship to see what strategies they can pick up. This year’s revamp of the Hearthstone competitive scene means average players can also earn the right to appear in online, regional, and global tournaments via the Master’s Qualifiers, which continue this week for European competitors via an online tournament in Las Vegas. The tournament will be streamed live.

PCGN: Do you think a particular metagame will be dominant this year?

Muzahidul ‘Muzzy’ Islam: People brought a lot of decks that I didn’t expect them to bring, so I think the meta is going to be pretty diverse. There should be a lot of interesting matches to watch.

Are there any new cards from Rise of Shadows you think are interesting from a deck building perspective?

There’s actually one deck that I really wanted to bring to Worlds, that I ended up not bringing, because it didn’t fit my lineup: Bomb Warrior. It had Blastmaster Boom and all these different bomb cards. I decided to make a deck based on them.

The deck performed really well, but going into the preparation for Worlds I expected there to be more Token Druid, and decks like that. I ended up going with a more control-oriented warrior. Turns out there are not many Token Druids in the deck lists.

Are there other cards that have meme potential, or are just fun to play?

Archmage Vargoth was a pretty interesting card when it was released. People were just trying it in a lot of different decks. I actually ended up bringing it in a Shaman deck. I think its utility with Rain of Toads is pretty interesting. You can go Vargoth, Raid of Toads on turn ten, and pretty much get a full board of Taunts. It ends all aggro.

I didn’t bring too many new cards in the line up. I guess I would say the Evil Miscreant is quite powerful. It pretty much goes in every single Rogue deck – it’s the card I feel is really too strong. 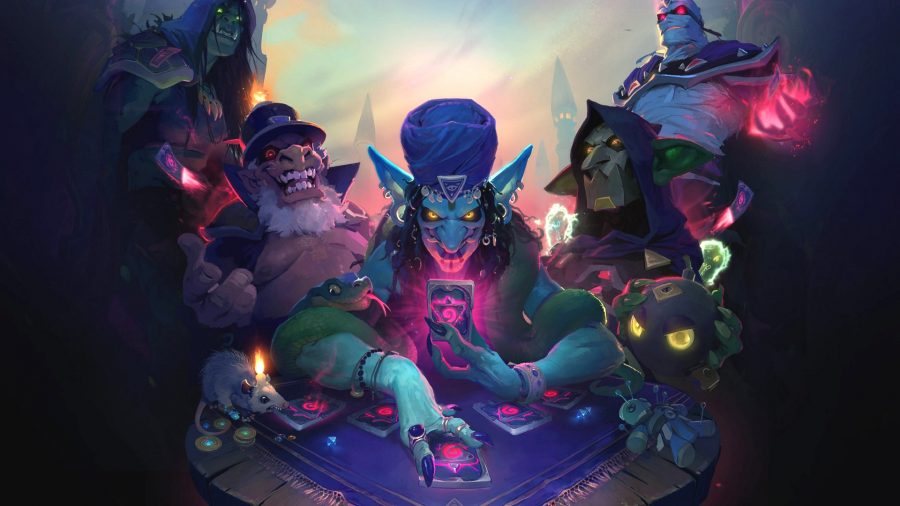 Which cards do you think need nerfing or buffing?

I believe the Dr. Boom [legendary warrior] hero probably needs to be nerfed at some point. It makes Warrior one of the best decks in the game. It just derives infinite value, which if you’re playing a deck that doesn’t have a card that generates similar value in the late game, you pretty much have no chance. I would assume they’re probably looking at that card. I think it should warrant a nerf.

Building a Bomb Warrior deck requires a few new cards from Rise of Shadows. The bombs come from Clockwork Goblin, the Wrenchcalibur weapon, and Blastmaster Boom, with the rest of the deck largely dedicated to increasing the number of bombs and the damage they dish out. Late in the game, the Warrior can use Dr. Boom, Mad Genius, turning this deck into mecha-paradise.

There’s also Archivist Elysiana, which you play in Warrior as well. You don’t lose in fatigue. I think in the Master’s Tour cup experience has been pretty bad for people, because matches take so much longer now, as people are playing Warrior decks with Archivist Elysiana, Boommaster, and Baleful Bankers. Single rounds are taking hours at a time – in the past, it was 15-minute rounds. They’re probably going to be taking a look at that at least for the new season.

How do you think this year’s competition will be different from the past?

Last year I was at Worlds and the field was pretty strong as well. We had players like Kolento, Tom, Frozen – just amazing players. Then this year, in the player pool, the only person from last year that’s there again is me. None of those players are going to be here. But all the players this year are just as good.

I think since we had limited time on deck building, since the expansion was basically a week or so ago – I think people who are better at deck building will do well at Worlds. I would hope I am, but I think in my group at least, the other members might have got the better of me. We’ll see what happens when we play. 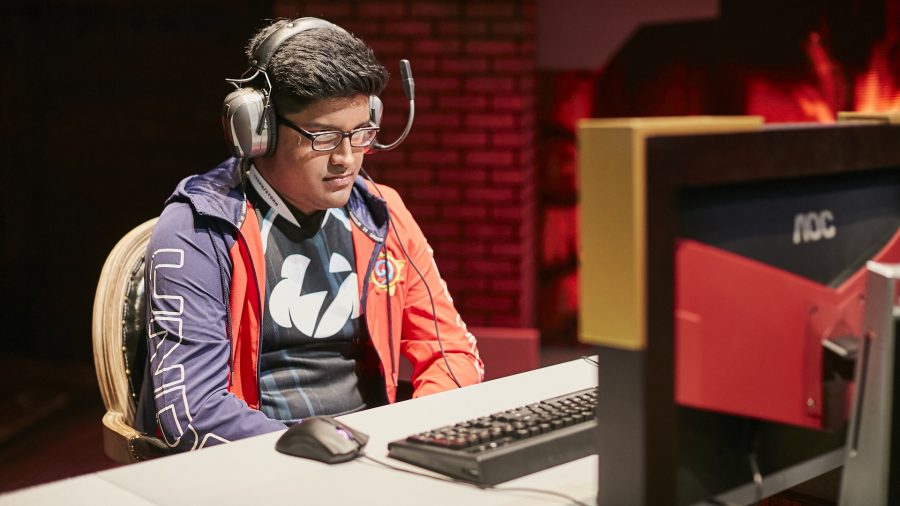 Who are you most looking forward to competing against?

I haven’t faced against many of these players in prior tournaments. It should be interesting to see how they play. In my group, at least, I have LFyueying and killinallday. LFyueying’s a Chinese player and when I was doing research on him there wasn’t really much about him. I don’t really know how to approach his playstyle. In my group, I think I haven’t played against killinallday that much in tournaments. He and I are friends. It’s sort of a rivalry, too.

Did you meet in a competition or did you know each other before?

I never really knew many of these people before Hearthstone. I mean, I started playing pro Hearthstone three or four years ago. I met all these people I’ve become friends with over the years.

Ready to shuffle? Get into the best card games on PC

I’ve met them, had dinner with them, talked with them. Everyone’s very nice in the Hearthstone scene. Killin and I, we make jokes at each other. I’ve met him a couple times. I always give him a hug when I meet him.

Have you been to Taipei before?

This will be my third time. I was there in December. I was there last year, and previously as well, for HCT Taipei.

What’s your favourite thing about the city?

Whenever I go to a new country, I always like trying new food. Taipei had lots of different options in terms of food. We went to some really high-grade beef and noodle places. I definitely like the food part of Taipei.