Thanks to the Shaman’s Unstable Evolution spell, Hearthstone players now think it may be possible to take out an opponent in a single turn – you just need a few things to arrange themselves in your favour.

Redditor Mega544 devised the whole scheme, realising the power of Shamans with a couple of pirates in their deck.

You’ll need to have a 1 cost pirate in your hand, such as Bloodsail Corsair, and Patches the Pirate somewhere in your deck. Patches will be summoned to the board the moment you play a pirate card, so, for the cost of your Bloodsail corsair, you have two cards out on the board. 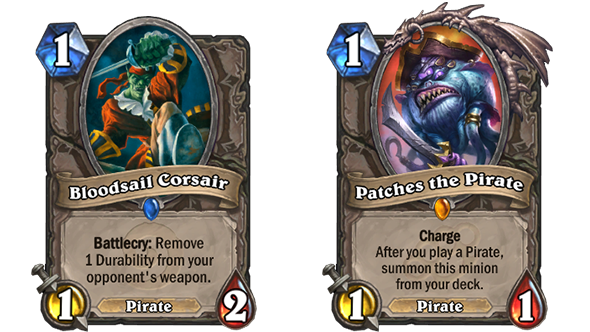 Now, if you go second in Hearthstone, you are given a coin that you can cash in for a bonus mana crystal. So, if you’re playing as a Shaman, you can cast your Unstable Evolution spell in exchange for your coin. Unstable Evolution lets you level up one minion on the board to the next power level. What they turn into is random, but, if it turns into either a Sorcerer’s Apprentice or Radiant Elemental – two cards that are 2 cost and have the special ability of reducing your spell cost by one – then you essentially gain unlimited uses of your Unstable Evolution spell. 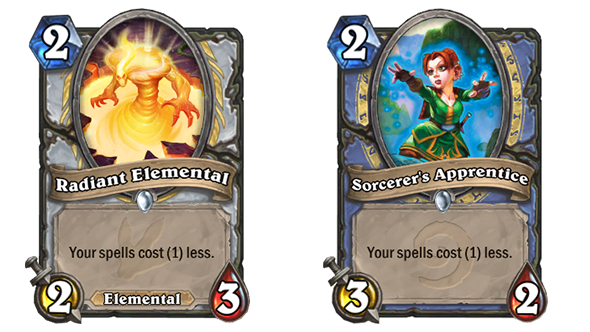 All you need to do from there is upgrade the pirate you didn’t level into the Apprentice or Elemental, and each time it levels up, use that minion to attack your opponent, assuming they have the Charge ability that lets them attack immediately.

Of course, for all of this to work you need to the right cards to turn up and the luck of your first Unstable Evolution turning one of your pirates into one of the two cards out of all the 2 cost minions in the game. Once that has happened, even if you don’t hit the one-turn kill combos, you’ve got the option of levelling up your guy into whatever cost of minion you like, stopping when you hit something powerful.

Another redditor, ComboPriest, then took Mega544’s theory and worked out just how many combinations of cards could result in a single-turn victory – turns out it’s quite a few. However, while ComboPriest believes this plan could work in theory, in practice they think that there wouldn’t be enough time in your turn. We’ll have to wait until the release of Kobolds & Catacombs to find out for sure.

{"schema":{"page":{"content":{"headline":"Thanks to a new card, Hearthstone players have found a way to win on the first turn","type":"news","category":"hearthstone-heroes-of-warcraft"},"user":{"loginstatus":false},"game":{"publisher":"Blizzard Entertainment","genre":"Free to Play","title":"Hearthstone","genres":["Free to Play"]}}}}