Videogames are a young person’s passtime, except when they’re not. Brian Kibler is a lifelong gamer, from playing to developing to hosting and streaming, and he shows absolutely no signs of stopping. Card games are his discipline and Hearthstone is his current passion, after years of developing and playing other examples of the form. At 37 he is hardly heading for retirement, but he is one of the older high-profile members of any gaming community. But can he keep doing this indefinitely?

“I hope so!” Kibler laughs when we put the question to him at Blizzcon. “I think if stuff like Twitch and YouTube had existed in the form that they do now twenty years ago when I was in school, I would have said ‘this is perfect’ in terms of the way that it dovetails all the things that I enjoy.”

Before Hearthstone streaming and hosting took over his life, Kibler worked on the deckbuilding game Ascension and competitive TCG Solforge. He also played Magic: The Gathering as a Hall of Fame tier professional player, and was the original head developer of the World of Warcraft TCG. He has done a lot of things in his life, but all centred on a core of performance and competitive play.

“I did theatre when I was a kid, I’ve obviously played games my whole life, and I enjoy competitive stuff,” Kibler tells us. “Being able to compete in games, online, in front of a camera – this is just everything I enjoy. Now that it does exist as I am later in life, I am obviously thrilled because I still get to do all these cool things that I love.” 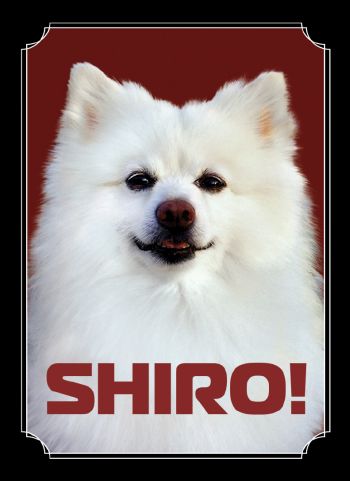 Natalie Kibler is an accomplished web designer who now works with Brian on his YouTube channel, posting daily. She even streams the process at times. They have a house, an adorable dog (the internet-famous Shiro, seen above), and a life together. That is not the normal situation for the teenagers and twenty-somethings spending their time on Twitch, streaming themselves or otherwise.

“But it’s also a sort of thing where I’m 37 now, y’know? It’s the sort of thing that if my wife and I are talking about having kids soon, it’s like – well if I have a small child at home, will I have a small child coming in interrupting my broadcast?” Brian says. “Most of the people that watch and play games are much younger than me and if I’m 45, will they wanna be tuning in and watching me play games? I hope so!”

Despite it being quite literally playing videogames for money, streaming is not easy. The time dedication and constant need to be reactive and interesting is a drain. Kibler does it as much as anyone, live almost every single day with a new Hearthstone deck idea or one of a batch of games he is either interested in or sponsored to play. Are there days when it gets tiring?

“Days when I’m hungover, definitely!” Kibler jokes. “There are definitely times when I feel more and less excited to be on camera. But, I mean, frankly I love playing games and I love talking about games because it’s something I am so passionate about. It is rare that I get up and I’m like ‘urgh, god, not today.’

“My wife actually, she’s like ‘I don’t believe it’ because I finish streaming and then I’m just like ‘I’m gonna play some Hearthstone off stream.’ She [says] ‘Really?! You just played for seven hours!’ She’s like ‘can you take the trash out?’ [I say] ‘let me finish this game. No, I’ve got a new deck idea, I wanna try it!’”

In essence, anyone who wakes up regularly not wanting to stream isn’t going to be doing it for long, job or not. The same is true of anyone making a living through a card game who allows the poor luck and bad beats to get to them. In that respect Kibler is a rare element for the Hearthstone community – he is relentlessly positive in his attitude towards the game, life, and his stream.

“I think it’s important for each broadcaster to create the community that they want to see,” he says. “I actually work very hard to try to ensure that my channel is a place where people feel welcomed and comfortable. I had a number of people come up to me at TwitchCon a few weeks ago and they said that they try to model the channels they moderate after mine because they feel it’s important that people feel like they can talk in chat and not be bullied, harassed, whatever. 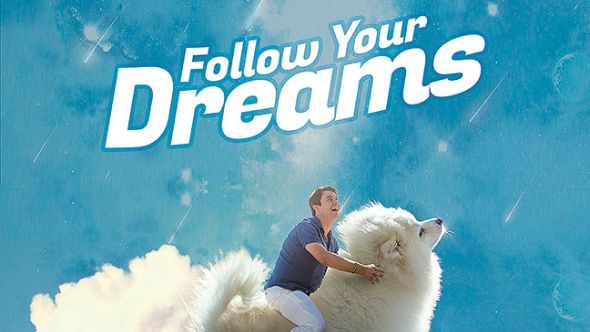 “You choose as a streamer what kind of community you’ll have in the way that you interact with and moderate it. I think that it’s important to try to have a better community and make people want to come and feel welcomed and feel like they can talk about what everyone is there sharing, rather than sort’ve spam memes in chat. That’s not to say that there isn’t a place for the chaotic, ‘Twitch chat’ chats, but it’s a very conscious choice that you need to make if you want to have something different.”

This is far from the norm with larger channels on Twitch, in Hearthstone or any other game. More action-orientated streamers don’t have a lot of time to keep track of every moment of chat, and the bigger your audience the more complaints any moderation receives. Once you pass a certain viewer threshold – around 10,000 in our experience – it becomes an impossible task to hold an actual conversation.

This viewpoint extends to his thoughts on the game itself. Kibler is famously willing to consider the usability of cards some instantly write off, and often gives a level-headed view on topics that are driving the community mad. It means that when he does have complaints about balance, the cost of the game, or anything else, it has more impact.

“I believe that, just generally speaking, the world is a better place if we’re looking for the good in things. Just as a general philosophical principle,” he says. “But I also think that it is both more interesting and more useful to approach cards and mechanics by how they could work rather than ‘this won’t work’. You’re never going to get ahead of other people in your thinking about deck building if you’re just thinking about things in the established paradigm of the way people evaluate cards. You’re never gonna find the next cool secret tech if only the things that are obviously powerful are the cards you ever try to put in your decks.

“There’s certainly times when there are things that I believe are clear problems in terms of game balance, design, whatever. I certainly got pretty frustrated in some of the instances of playing against Quest Rogue, for instance. Like, okay, this is stupid and it should be fixed. But again, it is much better to address that constructively and say ‘okay, well, I think this is a problem and here’s the reason and how I think it should be fixed.’ That was the approach that I took and after a few months it got changed.”

Much of this comes from Kibler’s history of being a game designer himself, which gives him a “very different perspective” on the game. “I’m looking at things systemically and not just from the lens of my experience,” he says. “For instance, you see uproar on social medias, Reddit whenever there’s something that people are upset about. In many cases I think, a) people look at the wrong part of what’s going on and b) they view it as some clear failure when it’s like… In many cases there’s so many moving parts that getting those things right [is almost impossible], particularly with a team that can’t possibly have the same amount of time invested and iterations the public can.

“So I think that the way that problems have come up and have been addressed has been very good. There was a period where I think some of the reactions to the cards and the problems that existed in Hearthstone were not things that I agreed with – for instance I think the original Leeroy nerf was fairly silly – it was addressing Leeroy as the problem when realistically at the time the problem was Auctioneer, card draw, life tap, things like that.

“Ultimately, things have shifted to, I think, a better place. Even though there’s outcry around specific cards – like for instance Ultimate Infestation, I think the correct thing was to nerf the basic [and] classic cards that are gonna go on and be a problem forever, as well as the things that are fundamentally causing the issue – you can ramp into whatever you want too quickly.”

Beyond Hearthstone and streaming, Kibler also wants to just make things better, spread that positivity and unique perspective beyond his personal audience, if he can. “I’m also involved a great deal in just trying to generally make the gaming esports space better in a lot of ways. Whether it’s through generating content or working with people to try to make the experiences for players and viewers better overall.”