Halfway through one of my first attempts at Hearthstone’s new single-player game mode, Dungeon Run, I came across Gutmook. Things had been going reasonably well in my previous matches and so I felt confident I could continue my winning streak. That is, until I read Gutmook’s hero power: “Whenever your opponent casts a spell, draw a card. It costs one mana.”

In most cases, this would be irritating, but manageable. All of Hearthstone’s classes can use spells, but it is easy to steer clear of them, and stick to minions instead. Unfortunately for me, I was playing as Jaina, a mage, and my carefully-crafted deck was full of spells. If I used too many, Gutmook’s half of the board would be full of powerful monsters. If I used too few, I would be unable to clear even his weaker monsters, and would soon be overwhelmed.

I struggled on for a few turns, using no spells in order to keep Gutmook’s more powerful cards well within his deck, but with my own cards geared more towards magic than physical might, the tide of battle was quickly turning against me. I realised that the only option I had was to use as many spells as I could, maximising the number of cards Gutmook drew in an attempt to force him to run out, which would cause him to take bonus damage every turn. I cast dozens of spells; some that would damage Gutmook, some that would damage his minions, some that would give me even more spells. Each one gave Gutmook another powerful low-cost card, but got me closer to my goal.

Eventually, the dust settled, and when it did I saw that my plan had failed. I had come so close, but Gutmook had beaten me with just two remaining hitpoints. Had I survived one more turn, the damage he took in an attempt to draw a final card would have killed him. But while losing my run like this was a shame, it served as an example of how Dungeon Run is able to showcase the very best Hearthstone has to offer. 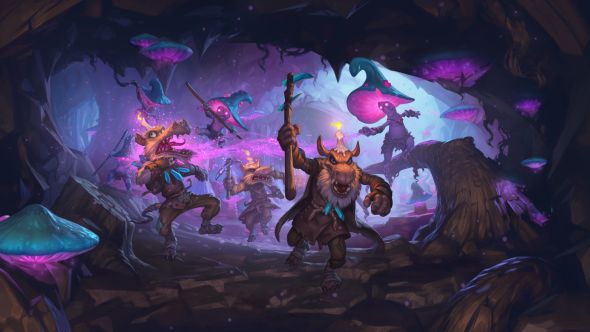 The enormous pool of entertaining bosses is reminiscent of the game’s story-based adventures like One Night in Karazhan or Knights of the Frozen Throne. There is less narrative to follow, but Blizzard have always done an excellent job at bringing Hearthstone’s characters to life with just a few lines of dialogue. Each boss feels unique, and finding the right way round their devastating hero powers is often genuinely challenging.

After defeating each boss – a successful run requires you to beat eight increasingly difficult enemies in a row – you earn ‘loot’, which can be added to your deck over time. Crafting a deck like this feels a lot like Hearthstone’s Arena mode, which requires you to build a deck from scratch based on random cards.

Dungeon Run does something similar, but its rewards are more powerful and it gives you more opportunity to build around certain playstyles. During one run, you could opt for a taunt deck, buffing up your minions while making sure the enemy can’t get past them. At another time, you could build a deathrattle deck, making sure you get rewarded each time one of your minions dies. You could also, like me, build into spells, and pray you don’t come up against Gutmook, but that’s up to you. 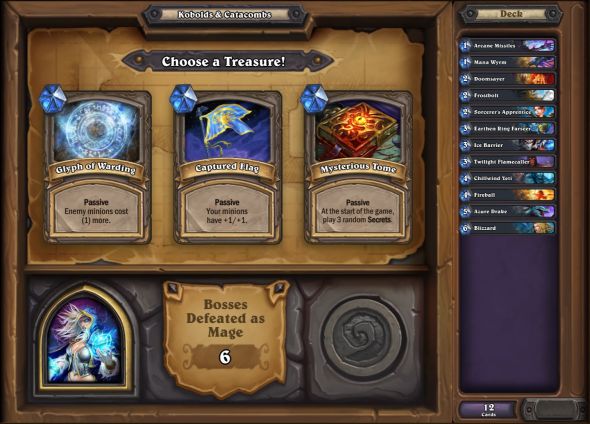 While Dungeon Run is a single-player mode, it maintains much of what makes vanilla competitive Hearthstone so enjoyable. The same cards and excellent UI remain, but the cripplingly strict metagame is gone. And while losing a star in ranked mode is undoubtedly painful, it is nothing compared to falling at the final boss of a tense run.

Dungeon Run does have its flaws, and most notable among them is its reliance on RNG, which is oppressive even by Hearthstone’s standards. You can come across any boss at almost any time through your playthrough, but in many cases, exactly when you meet them can have a big impact on their relative strength. I have found that, in general, that means optimising for a strong early game, but during the middle games of a run, meeting a single boss at the wrong time can upset that strategy.

Another issue stems from the fact that some bosses feel like they have been designed to counter particular classes. If you are lucky enough to dodge them, your run can feel pretty easy, but if you do come up against them it is often a death sentence, especially since you are not able to determine what is going to be in your deck in advance. 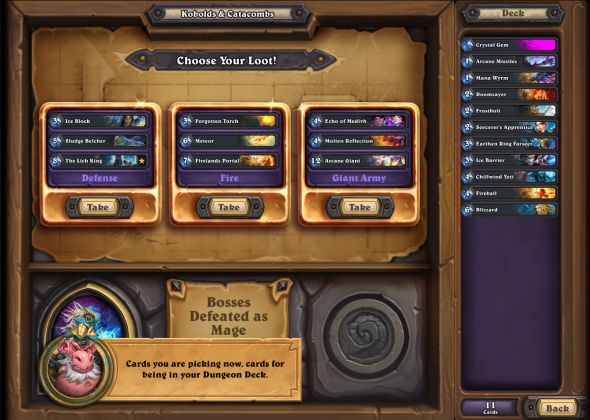 Despite all that, however, Dungeon Run has quickly become my favourite way to play Hearthstone. It takes all the good bits from the different facets of Blizzard’s card game and condenses them into a single, entertaining mode, with none of the stress of the competitive experience. It is a great way to see more of a game that has been criticised in the past for alienating players through what can be an oppressive system of microtransactions. It will never be the full-fledged Hearthstone experience, but Dungeon Run is an excellent ongoing single-player mode for a game that otherwise lacks a means for casual players to engage.