Knights of the Frozen Throne is something of a 2.0 moment for Hearthstone. We’re a few years deep into the game at this point and the formula is beginning to stale. But here’s an expansion that, at the very least, shakes things up, with it being the first time a single-player adventure has been tied to a normal set release. This has given Blizzard more options on what they can do with expansions and their free content – Throne has broadly been successful, if clearly a first implementation with room for improvement.

Here’s every card in Knights of the Frozen Throne, in case you missed out.

Throne’s single-player adventure is properly hard, in a way that was mostly saved for the optional, cosmetic-only Heroic versions of previous adventures. I’d avoided those, finding the combination of my limited card pool and Hearthstone’s proclivity for RNG too frustrating to power through. This time around, however, card packs and the sense of achievement are only available for a real triumph, and it’s proven to be the right call.

After three years of developing them, Blizzard prove they know how to build an interesting, fun, and funny adventure. By forcing people to play the ‘more difficult’ version – now, the only version – more experimentation and discovery is encouraged. Each boss has multiple phases, each requiring their own plan, but signposts enough that anyone can come up with a basic idea for a viable deck. If you don’t have the patience or card collection to do it that way, the communities gathered round Reddit and Twitch are more than ready to give you a step-by-step guide.

We live in an era of game design that’s aimed as much for community and viewership as it is for the individual player. Hearthstone is no exception – and, in fact, Knights of the Frozen Throne is the epitome of this modern approach. The rock-hard Lich King encounter is custom made for the most popular Hearthstone players to spend hours banging their heads against to unlock the final prize of a new Paladin hero. They did that, and it got the viewership, attention, and interest that it deserved. 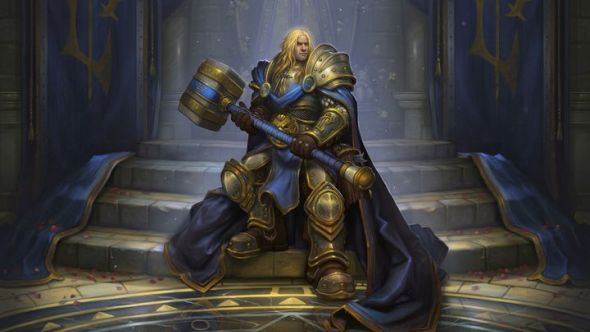 But, in its wake, there lies a unique and very 2017 problem. The Lich King encounters are designed for community interaction as the most popular players go at it, finding the easiest, most fun, or first ways to beat him. For those with packed collections who have been playing since 2013, that’s no problem. Even those with a more recent passion should be able to get all nine versions of him dead with a bit of lateral thinking.

However, new and F2P players of Hearthstone will hit a wall, as very specific decks and draws are required. That has led to what probably amounts to hours of resetting the same encounters, hoping the big cold one doesn’t draw the right cards at the wrong time. The complaints from players trapped in that loop were loud, because that’s what the gossip around the game says to do – go to the community for solutions. In essence, they were Googling the walkthrough to a puzzle game with light RNG elements and complaining when this removed the challenge, leaving just the RNG part. Doubtless, the encounter could have been better designed to prevent the Murloc tribal spamming that was seen as the optimal path in the first days, and that’s where Blizzard will surely look to improve in future.

Beyond this there are the 135 new cards that Knights of the Frozen Throne added to Hearthstone. I’m about to say some quite nice things about them, but feel the need to preface – this expansion has been a disaster from a metagame point of view. The Druid class is horrendously over-represented and very likely in line for nerfs, which aren’t coming fast enough for the community. Take a glance at the subreddit or a tier list and you’ll see the effect it’s had. 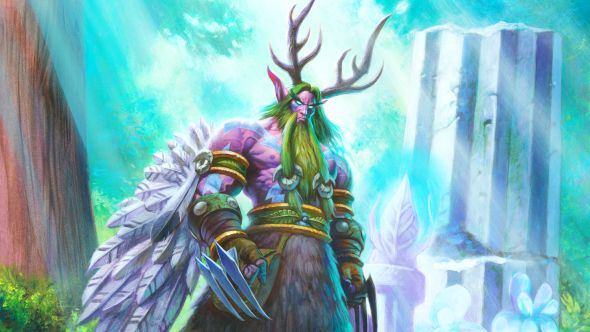 The great cruelty of card games, which is amplified by Hearthstone’s popularity, is that a single mistake can wildly shift the overall quality of a set. A single number on a single card unbalanced one way or the other has a snowball effect that sees a certain deck get the win rate it needs to become dominant. Multiply that by community perception, RNG, and a lack of open analytics, and you’ve got your very own “worst set ever.”

Those very mistakes have been made in Knights of the Frozen Throne. Far better players than I have already suggested which cards need to be changed, and we’ll likely see something from Blizzard within the next couple of weeks in response. Judging the Throne metagame is both initially beyond my capabilities and, at this point, an answered question: it ain’t good.

However, the cards themselves, designed for the goal of creating interesting and exciting synergies, decks, and games, are an achievement. Blizzard have settled into a reasonable pattern of high-power legendary cards that provide game-changing and deck-centring effects. In Un’Goro this was found in the quests, whose early-game nature and high-impact rewards made them a little too desirable. 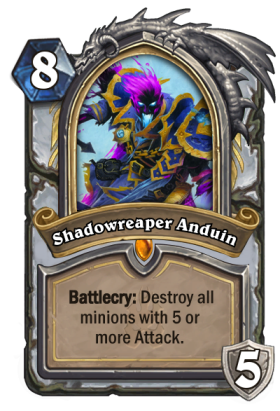 The Death Knights are a far superior implementation of the same theme – you’re unlikely to see them every game due to high costs, and they win over the course of several turns, rather than turning a game as soon as they arrive. There’s also less of the automatic build problem that comes with quests individually deciding 20+ cards in a deck, with possible applications for Death Knights being wide ranging, so long as a deck can reliably survive until it has the mana required to cast them.

This helps fight against, but doesn’t solve, Hearthstone’s most long-standing problem: it’s an expensive game, with no real way to always have the cards you want without spending a lot of cash. Blizzard’s efforts to offer free packs and cards are good, but without buying at least 50 – and preferably a couple of hundred – of each new set, you aren’t going to get all those powerful cards. Unless you play an extreme amount of Hearthstone you’re not going to be able to do that for free. It is still impossible to compare this sort of pay-for-gameplay to the payment models in games like Dota 2 or Overwatch, but what’s clear, as tested and proven by those games, is that Hearthstone needs exciting cosmetics (or, at the very least, a way to buy individual cards) soon.

Despite the downsides, it does feel worth the time – and sometimes even the money – to gain Hearthstone’s newest, flashiest abilities. They’re exciting options that create unique scenarios and continue to push the game – very deliberately – into spaces only digital card games can go. Hearthstone has fully escaped the shadows of its forebears and is in uncharted waters. Hopefully, all the Druids in the world can’t stop Blizzard from continuing to experiment with the strangest stuff they can come up with.