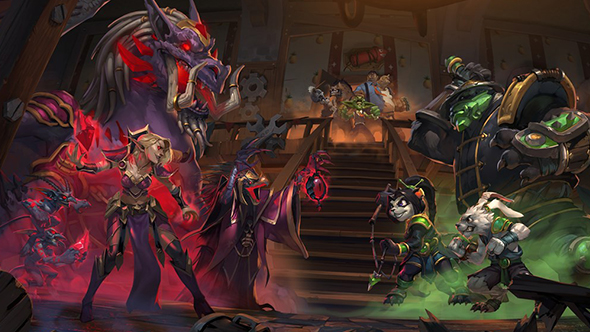 Blizzard are providing a golden opportunity for European Hearthstone players to work their magic, and there’s little to stop your participation outside your country of origin. Players in France, Germany, Italy, Poland, Russia, Spain, and the United Kingdom can register for the Hearthstone Nationals at the official site for a chance to compete in the summer finals.

Check out all the Witchwood cards revealed so far.

Players from participating countries will be competing for Hearthstone Competitive points from April 1 to the end of may, earning them on the Ranked ladder and by competing at HC events. Everything culminates in the two-day online finals starting June 23, where the top 64 players from each country will fight for one of the eight slots in day two’s single-elimination bracket. The ultimate winner earns the “lion’s share” of a $5,000 prize pool.

Competitive Hearthstone also has another big event in the near future, with the 2018 Wild Open finals happening March 31 in Burbank, California. The top eight Wild players worldwide will be competing, including Ukraine’s Alexey “alexMM” Sarayev and the Czech Republic’s Oldřich “Faeli” Mahdal. You can catch that Saturday at 17:00 GMT on the official Hearthstone Twitch channel.

Hearthstone’s got plenty on the docket whether or not you’re a competitive player, most notably the upcoming Witchwood expansion. If you’re looking to build up your options, this is a very good time to do so, as the current Year of the Raven event nets you a card pack for every daily quest you complete.