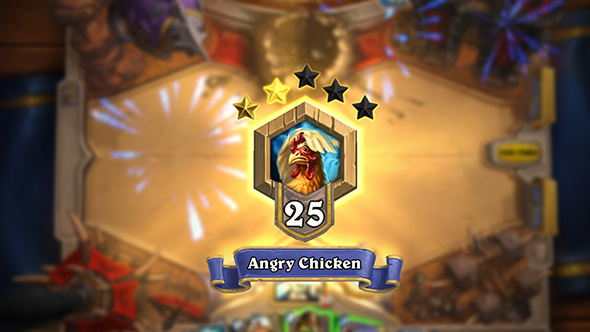 Blizzard have been talking about streamlining Hearthstone’s ranked play for well over a year now, even getting into a bit more detail about the issues at BlizzCon a few months ago. Now they’ve detailed exactly what form those changes will take, and when they’ll be implemented – this March, at the start of the next season.

Check out our Hearthstone Dungeon Run guide for details on how to conquer the excellent new addition.

Starting with the new season, player ranks will reset to four ranks below your current standing. So if you’re Rank 14 with two stars, you’ll go back to Rank 18 with two stars. Additionally, all ranks will now have exactly five stars. You’ll now earn card backs by simply winning five ranked games during the season, regardless of whether you hit rank 20.

There will be no changes to win streaks, director Ben Brode clarifies onTwitter(repeatedly). He also says the end of season reset determines your new rank based on where you’re at during the rollover, rather than the highest point you achieved. But the high watermark will be used to determine your ranked rewards.

The designers hope these challenges will make ranked play more engaging for players at both the top and bottom of the ladder. Experienced players should be able to get into competitive matches more quickly, while less skilled players won’t be getting stomped as veterans climb the ranks.

{"schema":{"page":{"content":{"headline":"Hearthstone\u2019s ranked ladders will now reset you four ranks at the end of a season","type":"news","category":"hearthstone-heroes-of-warcraft"},"user":{"loginstatus":false},"game":{"publisher":"Blizzard Entertainment","genre":"Free to Play","title":"Hearthstone","genres":["Free to Play"]}}}}