The next Hearthstone expansion isn’t too far away now. The troll-themed Rastakhan’s Rumble is due to arrive early December, bringing 135 brand-new cards to Blizzard’s ever-growing CCG. Rastakahn’s Rumble is the name given to a once in a generation gathering of Azeroth’s trolls to determine which tribe will receive the favour of their god-king.

Each Hearthstone expansion adds a new card mechanic, and the Rumble is no exception. This time around, cards can be equipped with an Overkill mechanic. Any minion that deals more damage greater than its current health on its own turn, and grants the user varying bonuses based on the card they’ve used.

If you’re already in (and let’s be honest, you’ll need to be to stay up to date with the meta), you can, as before, buy in early. The traditional 50-pack deal will be available for $49.99, but you’ll also be able to pre-order the 80-pack Mega Bundle, which will set you back $79.99. Each of those should also contain a bonus golden Legendary card for your collection.

A bunch of cards have already been revealed, and we’ve got a selection of them available already. We’ll add to our list as more cards are released, right up until the expansion launches on December 4, and you can check out the whole list on Hearthpwn.

Druid’s Ironhide Direhorn comes equipped with a powerful Overkill effect that lets you summon an impressive 5/5 minion everytime it triggers. Elsewhere, Savage Striker will work brilliantly if you have a weapon-focused deck. 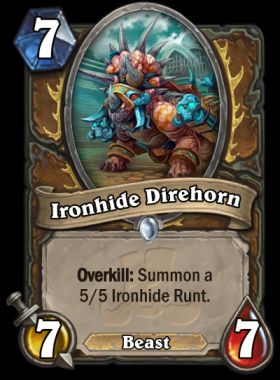 Revenge of the Wild lets you turn a destructive turn around by summoning all your beasts that died that turn. Springpaw is a nice replacement for those still mourning Alleycat, adding a 1/1 Lynx to your hand. 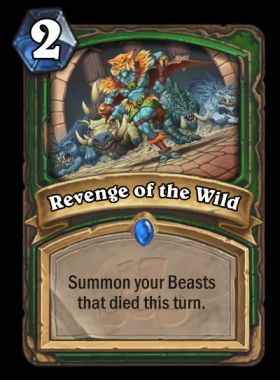 Mage already has two legendaries. Hex Lord Malacrass copies your entire opening hand back into your hand, while Jan’alai, the Dragonhawk allows you to summon Ragnaros the Firelord if you’re done enough damage with your hero power. 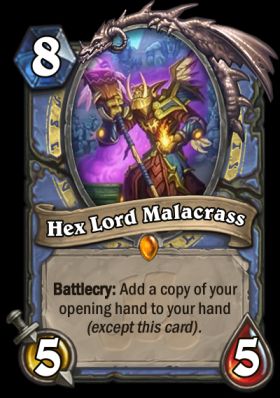 Oondasta is a 7/7 that comes with Rush, and the ability to summon a beast from your hand thanks to its Overkill mechanic. Griftah offers an interesting risk/reward payoff, as its battlecry lets you discover two cards, and then gift one of them to an opponent. 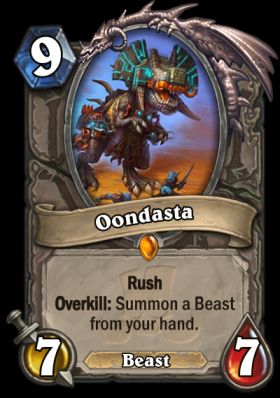 Paladin’s headline card is Shirvallah, the Tiger. It’ll set you back 25 mana to begin with, but costs one less for each mana you’ve spent on spells, and comes with Divine Shield, Rush, and Lifesteal. Zandalari Templar draws from the class’ hero power and spells, gaining +4/+4 and Taunt if you’ve done enough healing. 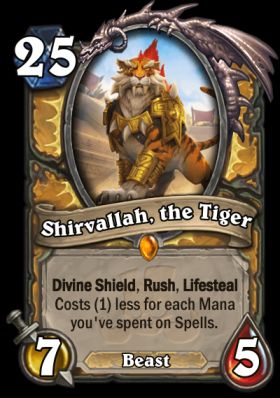 Bwonsamdi, the Dead lets you draw one-cost cards from your deck until your hand is full, which will work nicely with Surrender to Madness, which buffs all minions in your deck by +2/+2. 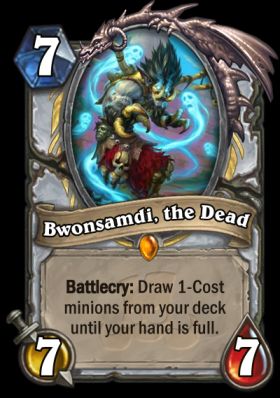 Rogue is leaning back into the pirate life, as Raiding Party lets you draw two swashbuckling cards from your deck. Walk the Plank lets you destroy an undamaged minion. 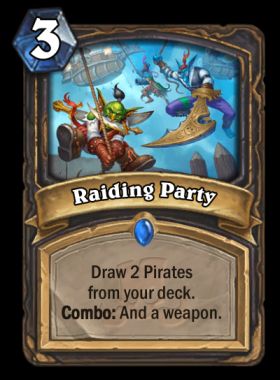 Rain of Toads lets you summon three 2/4 Toads with Taunt, while Overloading by 3. Zentimo adds a nice bit of AoE to your Shaman spells, as whenever you target a minion with a spell, this card lets you target adjacent ones. 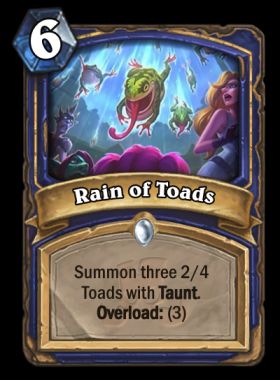 In Rastakhan’s Rumble, Warlocks can live life on the edge, using Void Contract to destroy half of each player’s decks. If you fancy something a little less destructive, High Priestess Jeklik comes with Taunt and Lifesteal, and you can add two copies of the card to your hand if you ever choose to discard it. 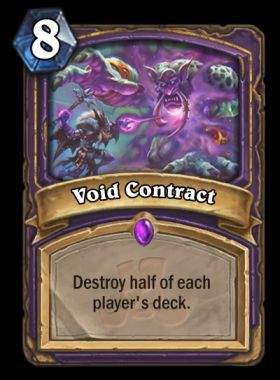 Sul’thraze uses the Overkill mechanic to allow your hero to attack multiple times per turn. Music fans will enjoy Heavy Metal! Which summons a random minion with cost equal to your armor (up to 10). 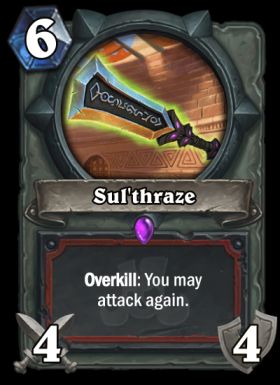 More Hearthstone cards are being added on a nearly continuous basis, so be sure to check back to this list over the next couple of weeks. Elsewhere, make sure you make the most of the last few days of The Boomsday Project.