Hearthstone’s latest expansion arrived last week, and Blizzard’s first hotfixes have already arrived. But despite the strength of some of The Witchwood’s cards, the changes aren’t where you might expect.

Here’s every new card in Hearthstone The Witchwood expansion.

The hotfixes don’t actually target individual card strengths, but weird interactions that Blizzard have noticed from a few cards. The first is Chameleos, a 1 mana legendary card that transforms into a card your opponent is holding each turn. However, if Chameleos copied one of The Witchwood’s Worgen cards – which swap their attack and health each turn – the original stats would stay the same for all subsequent cards that Chameleos changed into. 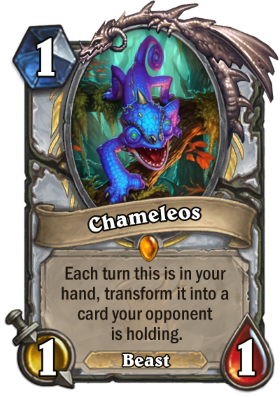 The other card being changed is Voodoo Doll, which targets a card when it’s played and then destroys that card when it gets destroyed. If Voodoo Doll targeted a Chameleos, and then that Chameleos was bounced back to the player’s hand, and then it transformed into a Hero card, Voodoo Doll could win the game automatically once it was destroyed. 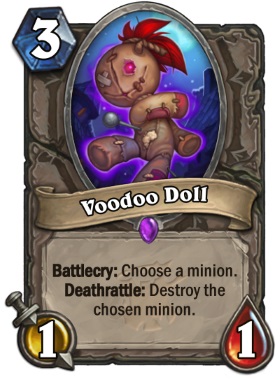 Both cards have been changed now, so none of these interactions should crop up anymore. There haven’t been any actual balance changes yet, so it remains to be seen whether Blizzard are planning to nerf the mighty Shudderwock.