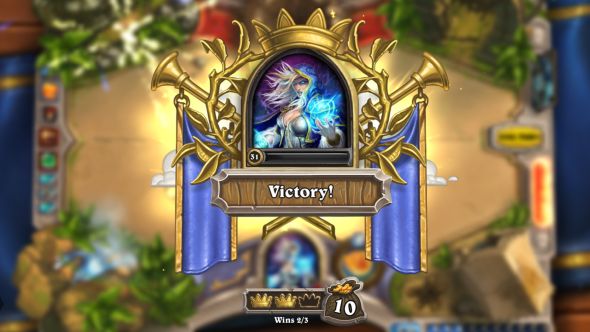 Hearthstone’s quests are about to change. With the start of the upcoming Year of the Raven, the rewards you get for playing Blizzard’s CCG are about to get a lot more generous.

The Year of the Raven is the next set of content coming to Hearthstone.

For one thing, the amount of gold you receive for completing quests is set to go up. Most quests won’t change, but 40 gold quests will now all be worth 50 gold. That means that once you’ve completed two quests – no matter what they are – you’ll always be able to buy a new card pack.

If that wasn’t enough, quests are also getting easier to fulfill. For example, quests that require you to win two games as certain classes will now only ask you to win one. Blizzard say that the requirement to complete any given quest will roughly be halved after the start of the new year, making it even easier to earn the gold you need.

More gold means more packs, more packs means more cards, and more cards (probably) means more Dust. Thankfully though, despite the changes to the in-game economy, Blizzard won’t be making any changes to the disenchantment system, so you can use the extra Dust from all those extra packs to help you craft the decks you want even faster than before.

Hearthstone’s Year of the Raven doesn’t have an official release date yet, but given the timeline of previous expansions from last year’s Year of the Mammoth, expect it to arrive sometime in April.