Paradox’s World War II grand strategy game, Hearts of Iron IV, turns three years old today. If it had released on the day the war started, we’d be deep into the Battle of Stalingrad by now. And it hasn’t always been smooth terrain for its thousands of simulated tanks and half-tracks to cross. But despite a few setbacks, the team behind Hearts of Iron is still revving to make it bigger and better.

I first got to try Hearts of Iron IV in 2014. That’s a bit more than three years ago, and it wasn’t exactly in top shape. In fact, the launch was delayed by almost a whole year after a huge multiplayer event in Old Windsor, a pretty village in England and former seat of Saxon kings. I duked it out with a bunch of other Panzer fans, and we noticed there were a few issues with systems like the AI battle planner. It turns out that quirks like this helped encourage a new development philosophy at Paradox.

“At the multiplayer event, I think we had already decided that we were probably going to delay it,” game director Dan Lind tells me. “We [as a studio] were used to doing a whole game in one year, right? Before [HoI4], all the games were developed pretty fast. Like, 18 months or shorter. And we were about halfway through HoI when we really decided to raise our quality requirements on new games. So basically, what used to be our beta became our alpha.”

Originally slated for a 2015 release, the window was pushed back to June 2016 to allow for more polish, iteration, and bug-fixing. Lind also noticed that many of us greenhorns at the event were struggling to grasp certain systems, like naval invasions, so Paradox spent more time building ways to teach you how to play. 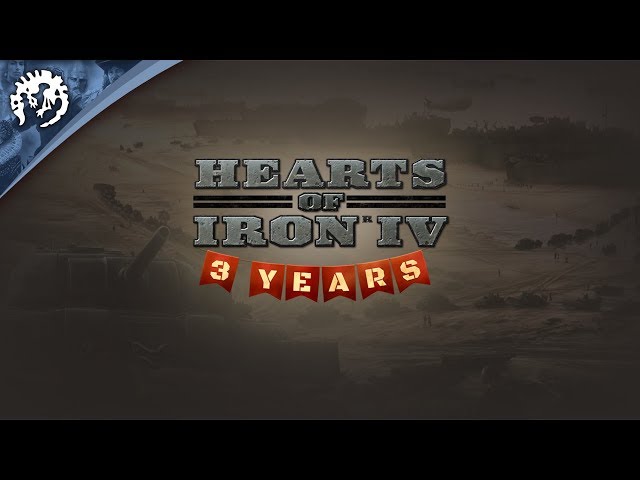 The decision system was overhauled too, from a choose-your-own-adventure interface that presented only your immediate choices, to a fully visible tree that lets you look ahead, which we have now.

“The problem we found [with the old system] was that, unless you actually knew World War II, figuring out how to go to war with Poland, and knowing that Czechoslovakia had something to do with it, wasn’t easy to figure out”, Lind says. “So we took that back to the drawing board.”

From the outset, though, one of the major goals with this fourth iteration of Hearts of Iron was to get away from what Lind calls the “hard historicalness” of Hearts of Iron III. The team wanted a simulation that would hold up whether you decided to follow the path our world took, or do something like turn Estonia into a communist world power and conquer India. Focus trees are a big part of this, with new, detailed alternate history paths being added with each major expansion. We’ve even got game setup options allowing us to dictate the ideologies that each AI country will adopt. 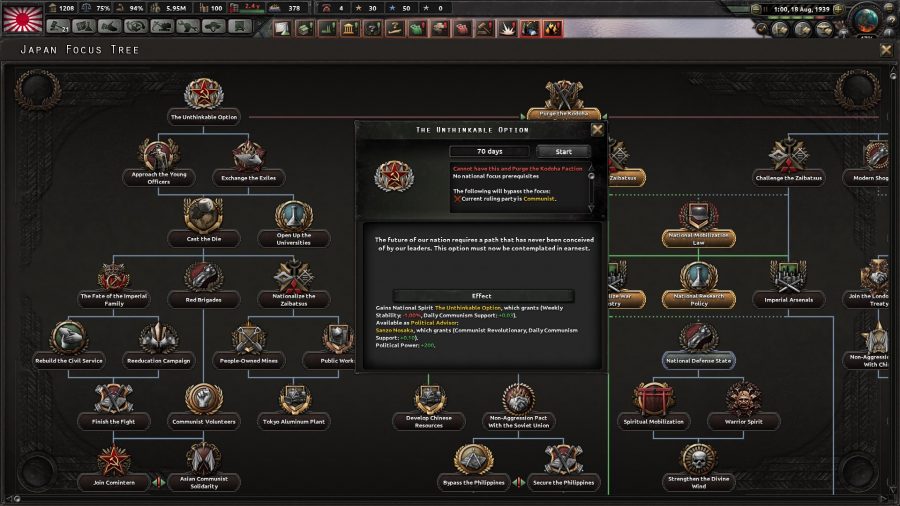 Performance was another major issue when wrestling HoI4 into shape. The number of individual units taking part in battles is much, much higher than in most grand strategy games, and, y’know, the whole world is at war, so you’re simulating a lot of battles at once.

It’s not a fully solvable problem, but Paradox is always looking for ways to speed things up, such as eliminating caching and ensuring those precious CPU cycles are only used to frequently update things that absolutely need to be frequently updated. One idea Lind has is to remove garrison units completely – these are distinct divisions that patrol conquered territory, suppressing partisans and saboteurs. The performance that could be saved by turning this into a more abstract system is potentially significant.

While the devs have spent a lot of time getting the AI to work smarter and faster, there are actually places where they’ve deliberately done the opposite to create a more authentic experience. Japan attacking the United States at Pearl Harbour is a classic example of something that was probably not a very good idea on paper; an AI playing Japan, taking everything into account, would never do it. So Paradox has actually had to add code that makes the AI overly optimistic about its chances to get it to act as foolishly as people did in history. 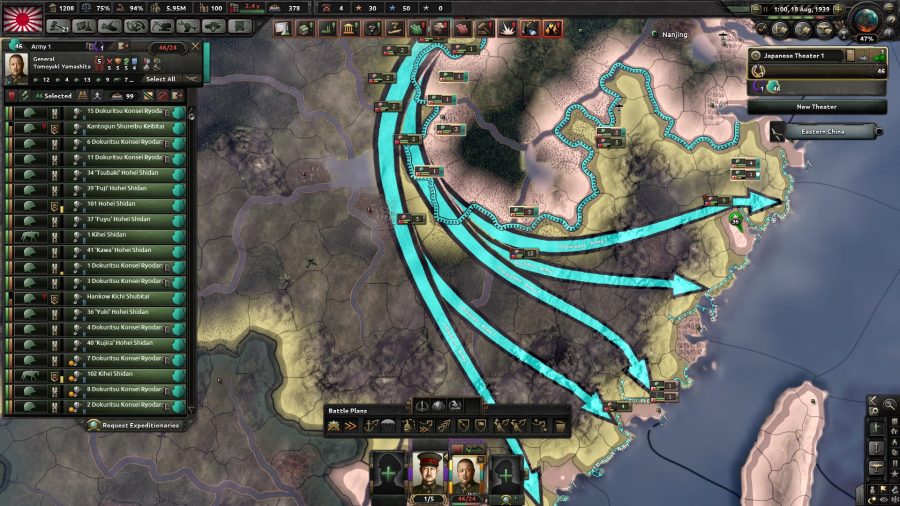 Unsurprisingly for such a complex game, HoI4 has also had its share of bizarre bugs. Some have been frustrating, like getting the battle planner to cooperate. Some have been funny, like tanks being replaced by My Little Pony placeholder art that somehow made it into the files. But one was downright creepy.

There’s a province called Samara near the Volga river in Russia, which also happens to be the name of the eerie little girl from the Ring movies. Lind recalls that at one point, any unit that entered Samara would simply vanish without explanation, never to be seen again. I’m not saying the game is haunted, but you may want to bless your hard drive just in case.

Significantly less spooky, depending on your perspective, is the fact that many of HoI4’s pieces of DLC since launch have added detailed alternate history paths for certain countries, like being able to turn the United States communist or restoring the Austro-Hungarian Empire. 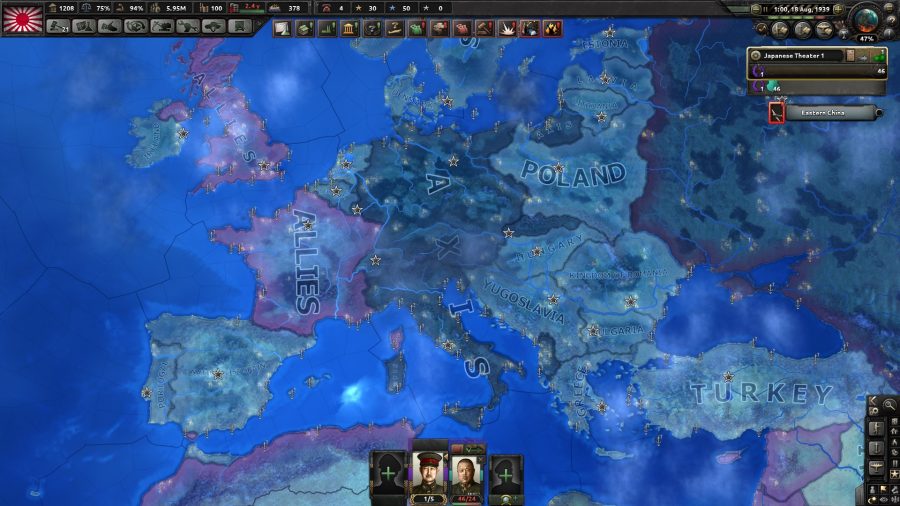 I really love these options, but there are also a lot of players who prefer to stick to playing out the historical war time and again. Lind says development is now split “about 50/50” between deepening the historical experience and adding alternate history paths, the latter of which Paradox never expected to become as popular as they have.

Lessons from history: the best World War 2 games on PC

Some other DLC and update features have possibly added too many options, though. Already a very complex game at launch, recent patches have deepened naval and air warfare, created more complex domestic policy systems, and greatly expanded the decisions system. I asked Lind if he’s worried that this added depth will discourage more casual tank jockeys from trying to keep up with the game. His solution is pretty simple: difficulty settings.

“It’s actually very common to play on the lower difficulty settings for this reason,” he said, citing telemetry on player habits. “You can have a relaxed stomp across Russia. If you play on Easy, you don’t have to worry about your air force. You’re gonna win anyway, right? And that’s actually why we’ve added more difficulty settings. You do have to be careful when you add more stuff, though.” 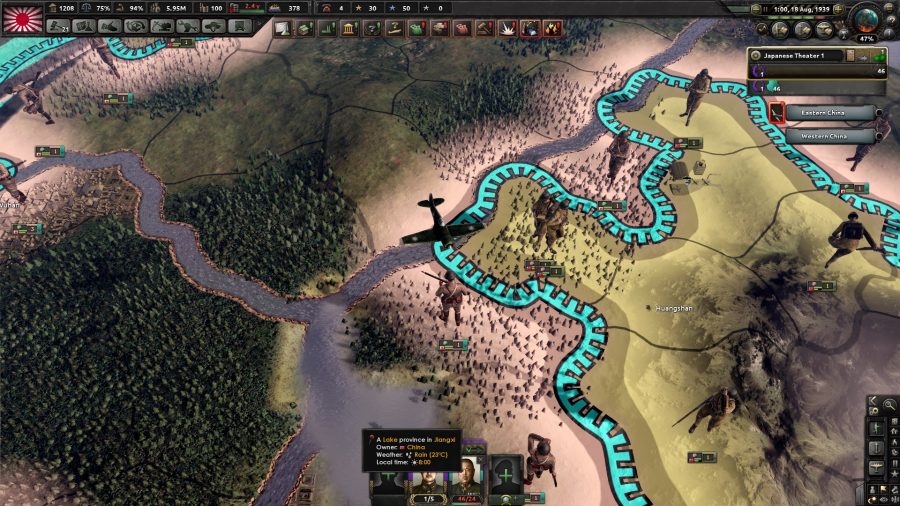 As to where HoI4 can go from here, Paradox is still open to extending its timeline beyond the end of World War II, but it will probably never be able to accurately model the entirety of the latter 20th Century.

We could do Nazis like in Indiana Jones, right? So you’re actually looking for the Ark of the Covenant

“I definitely think Korea [would make sense],” Lind says, referring to the Korean War that ran from 1950-1953, half a decade beyond HoI4’s current ‘soft’ end date of 1948. “I really felt the peace conference process [at the end of World War II] would be great in how it’s set up. Because I wanted this struggle between the power blocs. And the idea would be to set up the next war, right? You wouldn’t be happy with how the war turned out, so you would go and attack the Soviet Union to get the borders you wanted in Europe, or whatever.”

Fleshing out the Korean War era would allow this post-war conflict to play out more dynamically. Lind doubts that HoI4 could accurately model the diplomatic tensions of the Cold War – it’s a war game, and there wasn’t a lot of actual war going on between major powers past the ‘50s. Instead, he could see an endgame with an alternate “Hot Cold War.”

“Say MacArthur goes bananas and fires off some nukes,” Lind speculates. “And things escalate. Because early on, there are no world-killers. No one has that big a nuclear arsenal. And even during the era that was the Cold War, there’s potential interest if the US and the Soviet Union were to take each other out early. Someone else could rise to power from that. But trying to model a ‘realistic’ Cold War on Hearts of Iron would probably not be very fun to play, I think.” 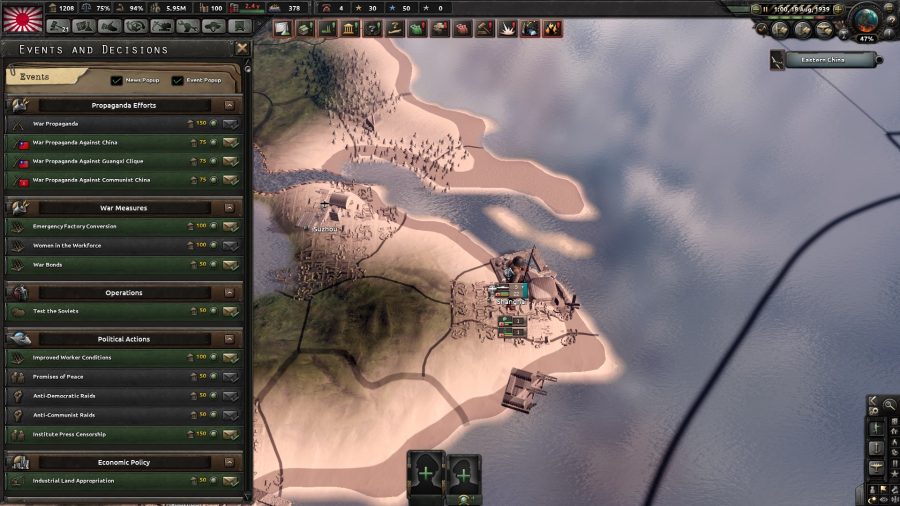 Other than that, Lind would like to model more of what’s going on within individual countries and individual places on the map, especially when it comes to occupied areas. The ‘coring’ system of expanding your administration to conquered territories from the Europa Universalis games might serve as a model to do that. But not all of his thoughts are so down-to-Earth.

“I have this crazy idea that I’m not sure if we’re going to do,” Lind said. “It would be optional like Sunset Invasion [a DLC for Crusader Kings II that adds a fictional Aztec invasion of medieval Europe]. You do Nazi Germany like it was in the Indiana Jones films, right? So you’re actually looking for the Ark of the Covenant and you have the Black Sun Society and all that stuff. I just don’t know how people would react to it.”

I, for one, would give my shiniest golden idol for that expansion. Hopefully there won’t be any snakes.