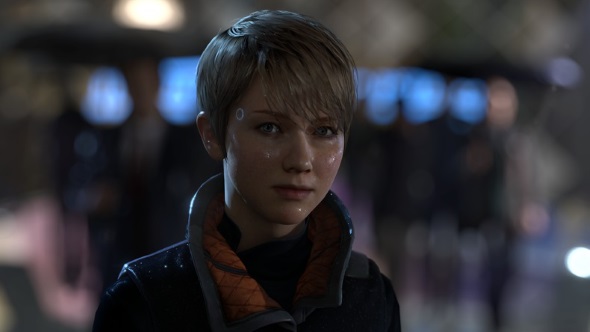 Detroit: Become Human, the latest game from David Cage and Quantic Dream, releases this week on PlayStation 4. A story about humanity’s future relationship with artificial intelligence, it aims to confront our feelings on empathy and how we treat those who are different to us. But Cage is not the only developer with thoughts on AI. Tameem Antoniades, chief creative director at Ninja Theory, finds the subject fascinating, and has a very different idea for how games could explore and make use of it.

“I am interested in AI a lot, because finally we’re breaking through,” Antoniades tells us. “AI technology has basically been in the doldrums for 30 or 40 years with very little in the way of advancement, and finally we’re getting really good results – eye-opening results. I think I’d like to explore where AI can go and use AI technology to build that experience.”

For experiences rich in story, try the best adventure games.

Where Detroit appears to focus on our treatment of AI, reflecting how sectors of humanity disrespects those they consider lesser than themselves, Antoniades would rather highlight a different side of the concept.

“The subject matter of AI in films and TV shows is always about empathy, about whether AI can be human,” he says. “I think what’s exciting about AI is that we’re creating new minds. And that doesn’t necessarily mean that they have to be self-aware, conscious, empathic, or any of these things. That’s kind of terrifying. I think we’re creating new forms of minds that we probably won’t be able to understand, and who probably won’t be able to understand us either. So thematically I think that’s interesting to explore.”

Antoniades wants to go further than just creating a game about AI, though. He wants to create a game using AI.

“On a practical level, what you can do with machine learning and deep learning is quite astounding,” he says. “I think it has the possibility of increasing productivity and quality massively, but we need to figure out how to do that. The idea of using small teams to create epic things becomes more feasible with AI.” 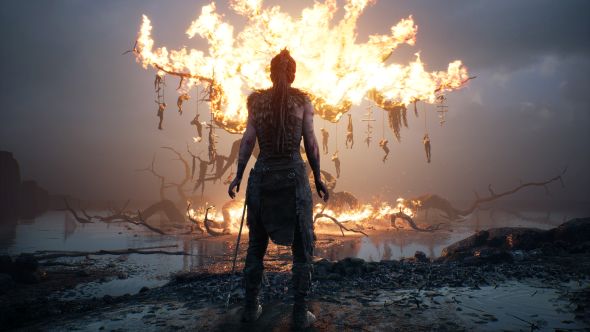 The topic of machine learning has excited the development community for some time now. Among the ideas of what it could achieve are NPC characters that truly react to your actions; the world dynamically developing in response to you choices in an intelligent manner, rather than binary options. But Antoniades believes that this would not work for a story-based game directed by Ninja Theory due to the importance of curated narrative.

“The decisions that the AI makes needs to further a narrative of some sort, and if you can’t control those decisions you’re probably not going to end up with something very compelling,” he explains.

“I see AI less like sentience intelligence and more as a tool for productivity and creating volume of assets,” he says. “I think what videogames tend to be are curated experiences where you need to control the predictability of the agents to deliver fun. It’s like being in a theme park. It’s less about having super-intelligent AI that can beat you, because that’s not going to be fun. They’ll beat you every single time.”

Despite games having a fascination with AI – be that the artificial intelligence of enemies or stories about robots – Antoniades’ thoughts highlight how limited the industry’s relationship with it has been so far. But the fact that there are developers already considering how AI can change the ways we play, experience, and even create games indicates that the role synthetic minds have to play in the future is something worth being excited about.