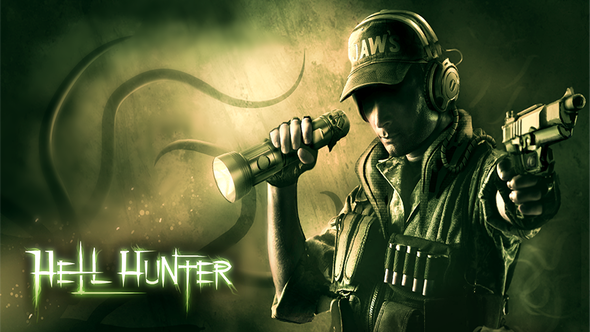 Despite failing their original Kickstarter campaign, Ballistic Interactive have now managed to secure a Steam page for their upcoming horror-RPG Hellhunter. The title, which will be out sometime in 2017, managed to raise just over half of its $50,000 goal last November, despite garnering considerable interest from the community.

Ensure your underwear is thoroughly soiled with our list of the scariest games on PC.

Hellhunter looks to be an interesting beast. While clearly sporting an isometric RPG visual style, the upcoming title contains a real-time action-based combat system and a heavy influence on investigation and preparation. In it, players will take on the role of a freelance hunter building his career towards uncovering the ultimate terror. You will be tasked with researching and uncovering the best ways to eliminate your prey, whilst being hunted yourself by all manner of things that go bump in the night.

You can check out Hellhunter on the Steam store for more information, or head on over the the official forums to join in on the discussion.