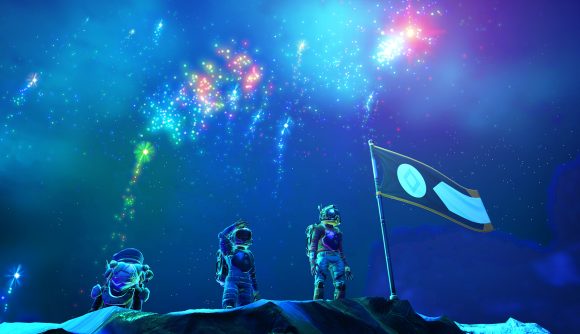 We’ve got enough distance from the No Man’s Sky launch that I think it’s safe to be excited about what Hello Games is working on next. The Last Campfire, announced at The Game Awards, is a smaller title billed as a ‘Hello Games Short,’ but it’s not the only project the company is working on. The studio has begun development on its next big project, too.

“We’re also starting on something new – which is big, ambitious, and silly,” Sean Murray tells GamesRadar. “But we’re still a very small team. We do quite a lot between us, but I think that’s because we are all so into it. And we, now, sort of do things because we are excited about them. We tend to be quite productive when we are excited about something. That’s genuinely where we’re at now.”

It’ll likely be quite a while before we hear more about that new project, given the studio’s size and the fact that the developers are still working on The Last Campfire and No Man’s Sky updates.

We got a look at the next big update for Hello Games’ galactic sandbox, No Man’s Sky VR, and it adds a tremendous sense of scale to the game – in terms both large and small.

In our own interview, Murray says “it’s felt for a long time for us like the PC community was the one that we needed to listen to most carefully, the community that we felt we had to do our most restorative work on, and win back trust and gain credibility with them.”

Read more: These are the best VR games on PC

Some players will now be forever skeptical of whatever Hello Games is working on, but No Man’s Sky has blossomed into something grand – and whatever this new game is, it’s apt to be similarly fascinating.