The success of Her Story proves that people are looking for imaginative, original concepts. Yes, games have experimented with FMV before, but none have done it quite so elegantly, making it intrinsic to the design instead of shoehorning it in.

Combined with the flickering of a faux CRT monitor, the FMV in Her Story makes you feel like a detective working on a cold case, uncovering forgotten files and trying to piece together the puzzle pieces of a historic crime.

It seems like this resonated with a lot of people, as when I recently spoke to the game’s creator Sam Barlow, he revealed the game has surpassed 100,000 sales in just over a month on sale. Of those sales, 60% are on PC, with the rest on mobile.

“That’s way beyond what I was hoping for, so I’m super pleased,” said Barlow. “It’s amazing to have found an audience for a game like this, and I’m really excited to build on that.” 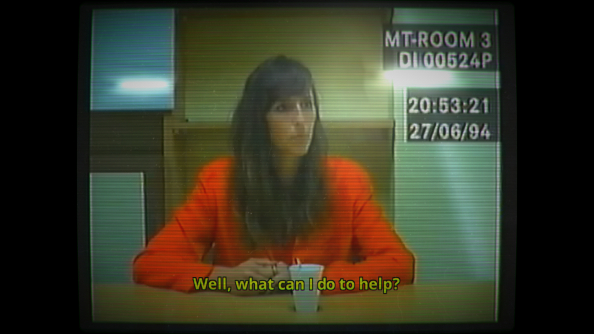 As for what might be next, Barlow said he’s going to finish up on the bug fixes and tweaks, tour some game shows and then start to think about his next game, which won’t be a sequel to Her Story.

“I want to make something that will delight people who loved Her Story, I really want to build on that,” he revealed. “It won’t be a direct sequel or the same mechanic, but I’m hoping to repeat the same ingredients: accessibility, respecting the players’ imagination and intelligence, and the kinds of characters and stories you don’t see so much in games. Watch this space.”

It’s nice to see original concepts like this get the success they deserve and I’m sure Sam Barlow will have plenty of new fans off the back of Her Story who are now very excited about the prospect of another original game from its creator. Our Fraser Brown loved it, giving it 9/10 and saying the following in his review:

“Her Story is a captivating experiment in stripped down storytelling and the best use of FMV that I’ve ever had the good fortune to encounter. It’s a story that we get to build, and thus, despite the way that it sometimes keeps players at a distance, Her Story becomes Our Story. It’s unique, singular and will take a long time to stop bouncing around inside my head.”