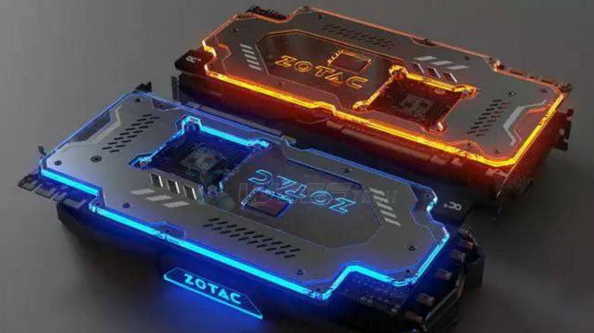 Today is the day the first consumers will get their hands on Nvidia’s new GTX 1080, from 2PM BST. (Try to find one at the time of writing and you’ll be met with nothing but ‘notify me’ buttons on storefronts.) In the following weeks, the variety of cards will expand exponentially thanks to OEM manufacturers offering their own cooler designs and customised PCBs, and the internet has done a fine job of digging up many of those OEM designs prior to release. Regardez.

Into hardware of the expensive google variety? Check out the best VR games for PC.

This list, pulled together by Reddit user colinreay, showcases aftermarket versions of the GTX 1080 by Zotac, Asus, Gainward, Gigabyte, EVGA, Galax, and Colorful. The usual suspects then, whose leaked 1080 images paint an illuminating picture of what we’ll have to choose from when upgrading to the new Fastest Graphics Card Ever That’ll Definitely Make Your Life Better.

There’s not much info on the clock speeds or prices, but there are a few trends to recognise. Firstly, many designs are adding an additional 8-pin power connector to the card. Nvidia say the TDP of the GTX 1080 is 180W, which is more than low enough for a single 8-pin power connector to handle. The Founder’s Edition comes with just a single connector, but with a view to overclocking and over-volting potential, several OEM cards are doubling down.

Three fans are the new two fans this season, too. Most ‘extreme edition’ or similar cards are opting for a triple-fan cooler, which suggests the GTX 1080 might start to run a bit hot when it’s overclocked beyond a certain point.

The last discernable trend is that of garish colours and lighting, which unfortunately extends well beyond graphics cards in the PC gaming sphere. Where there might have been one coloured light a few years ago, there are now three, each competing for your attention with contrasting colours, shouting at the top of their voices.

So they’re among the contenders vying for your precious $700ish dollars in the coming weeks. More will surely follow, and I’ll let you know about them when they pop up.