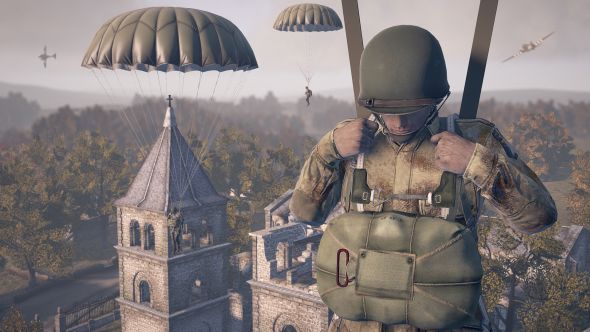 If ‘free’ is the kind of price you can get along with, get some recommendations from our list of the best free games on PC.

Ten million registered players is an impressive figure for any game, let alone an indie, but Heroes & Generals has been around much longer than its ‘official’ launch date in October last year would suggest; it first released in early access in July 2014.

“Reaching ten million players is an important milestone for all of us at Reto-Moto, and it is a great inspiration to us having such a large dedicated community,” says game director Jacob Andersen. “Launching really was only the beginning for us, and we have a lot of great content, features and improvements planned for Heroes & Generals in 2017 that I just can’t wait for the fans to get their hands on.”

To celebrate the ten million milestone, Heroes & Generals has started a contest that will run over the next ten days. Each time you complete one of ten in-game challenges (killing an enemy with a headshot as the recon class is one example), you’ll be entered into a prize draw for one million in-game credits per challenge. There are two challenges per class, so that’s potentially ten chances to win a million credits if you have a soldier of each class. Check the website for more details.

Since leaving early access, Heroes & Generals has had two updates, but Reto-Moto are keen to pick up the pace with “more frequent updates” coming in 2017. “We will continue to add new planes, vehicles and equipment to the game, and there will be a number of new maps available later in the year,” says Andersen. For a hint at what they’ve got planned, check out the attached video.

Heroes & Generals bills itself as “the ultimate WW2 game.” It’s a free-to-play MMO shooter, in which players can fight for Germany, the USA or the Soviet Union in a “grand, persistent online war”. You can fight on the ground as infantry or recon troops, from inside a tank, from the air as a fighter pilot or paratrooper, and you can even issue orders on a strategic level as a general.

If you’d like to give it a try, you can find it on Steam here. It’s rated 67% positive overall.