Blizzard Entertainment is inescapably tangled up in the history of the multiplayer online battle arena. MOBAs have come to dominate the global esports conversation, with Dota 2 and League of Legends commanding millions of viewers annually, but it’s Blizzard that’s responsible for the astronomic rise in the genre’s popularity. What started as fan-made mods for StarCraft and Warcraft III has exploded into a worldwide phenomenon that has broken into the mainstream.

The MOBA formula is well established in 2018, and there are a lot of choices for players looking to get their lane-pushing fix. For those of us who want to pay homage to the progenitors of the genre, Heroes of the Storm is the obvious pick, and with the weighty history of Blizzard’s catalogue of beloved games behind it, it might be the most accessible MOBA on the market today.

That history permeates nearly every corner of HotS but it’s most apparent in its roster of heroes. From Warcraft and StarCraft to Diablo and Overwatch, every major Blizzard series is represented by several characters who fit one of four roles: warrior, assassin, support, and specialist.

“We try to make sure that every new hero brings a unique mechanic or is capable of doing something new that we don’t currently have in Heroes of the Storm,” Matt Cooper, lead content designer for HotS, tells me. “We try to hit this as early as possible in the process. Our goal is for every new hero to have some sort of impact on the meta and shake things up.” 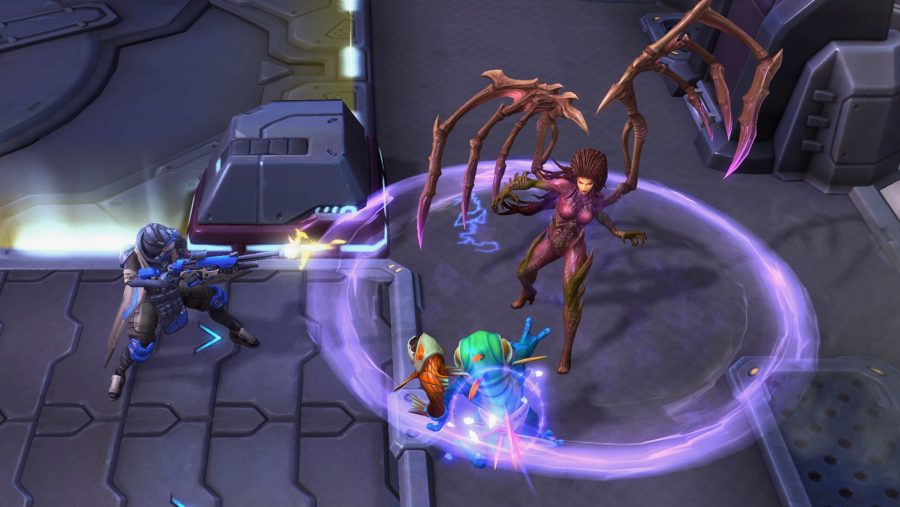 Designing a new hero for HotS is a complicated process. According to Cooper, there are several factors he and his team must take into consideration, such as what role the character will fall into, the visual silhouette it will possess, and what Blizzard universe the hero comes from. Perhaps most importantly, the new character ought to have a kit of skills that doesn’t overlap with something that’s already present in the game. “It’s important for us to mix it up. We want to provide diversity for our players,” Cooper says.

Once Cooper and his team have settled on what hero they want to bring into the Nexus, a series of brainstorming sessions help flesh out their vision. “First off, we have a hero kick-off meeting where our writer will cover the lore and the major fantasy hits surrounding this new hero,” Cooper explains. “The development team that will be working on this hero, alongside various leads, will be present to get a better understanding of this character.”

From there, the floor is opened up for everyone in the room to toss out suggestions. Cooper describes this part of the process as “very blue sky,” a step that sees the development team coming up with a wish list of character skins, animations, skills, and anything else they might be interested in exploring. The goal at this point in the process isn’t necessarily to have a solidified kit for the hero, but to get everyone on board and thinking about how that hero might fit into the game. 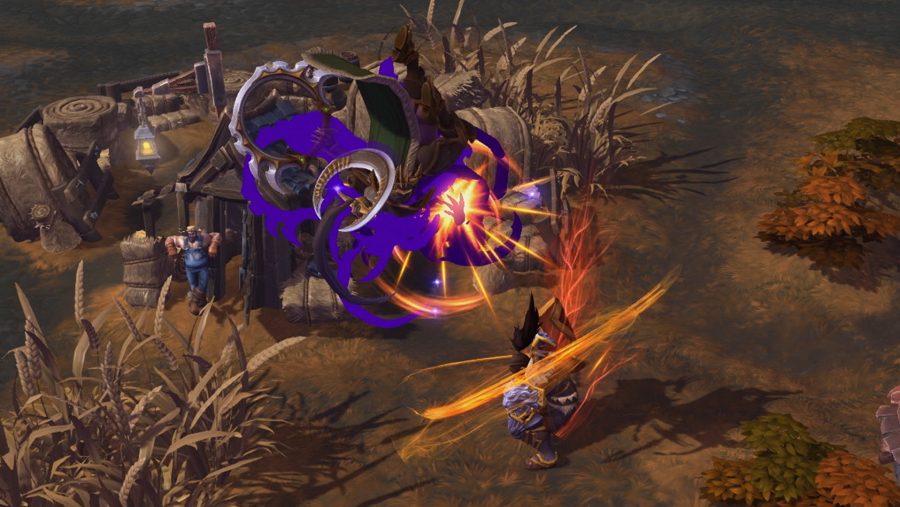 Following this collaborative brainstorming, the hero design team will spend some time honing and refining the new character on paper. They’ll present their progress, take feedback, and apply iterations based on criticism from the rest of the team. It’s not until this step is done that the new hero will be implemented into the game.

“The first playtest we do with any new hero involves a designer playing in an all-AI match,” Cooper explains. “At this point we’re looking for bugs, early tuning, how fun the kit is, did you understand what was happening, what do we need to address before moving towards an actual ten-player playtest? Usually within a week we’re able to move this new hero into our regular design playtests, and for the next several months, the hero is played daily.”

This round of playtests is where the team gets most of their feedback on the hero, and therefore, this is when that character will see the most changes. Cooper explains that it’s during these few months that the team will establish a talent tree for the hero, as well as a second heroic ability, the final art, and sound design. Cooper’s goal of introducing something completely new with each character is a key element to this playtesting period. He says the amount of time it takes for a hero to come together varies widely depending on the kit. 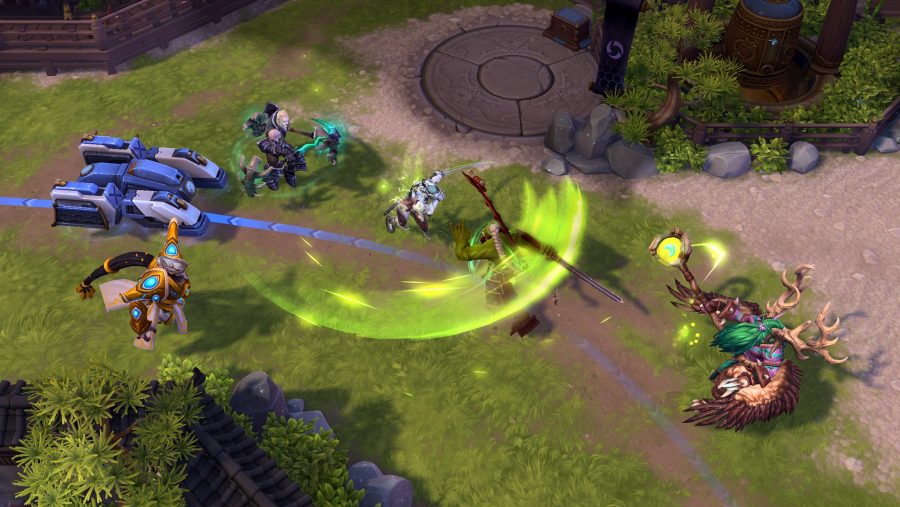 The goal is for each new hero to have a large effect on the game, but some have a bigger impact than others. For example, when Genji was introduced into the Nexus, his kit dramatically shook matches up. “Genji definitely changed the landscape and provided a new level of dive and threat to squishies we hadn’t previously seen,“ Cooper says. “Li-Ming [also] made a major impact as the ultra popular mage with the ability to snowball team fights through her trait.” He also says that Xul and Garrosh had similar effects on the Heroes of the Storm metagame.

It’s not just new heroes that Cooper and his team are concerned with; from time to time, they’ll revisit older heroes that might need an update. When deciding what heroes to rework, he says player feedback is an invaluable tool. “We absolutely take community feedback into account,” Cooper explains. “Take Raynor for example – this was a community favourite request and helped to push Raynor towards the top of our list. In a similar way that we identify which new heroes we want to work on as a development team, we’re also looking at what reworks would make the most sense. Often we revisit older heroes to address talent diversity or simply to modernise their playstyle.”

Most recently, the hero Tyrande received a significant rework. Previously, Cooper says, she had a difficult time fitting into many different team compositions due to her hybrid role as damage dealer and support healer. The rework changed her into a full-blown healer. Something this significant doesn’t just happen out of the blue. “Early on this was an experiment to see if we liked this new direction and the majority of the development team really got behind this new playstyle,” he says. “Doing this kind of stuff is awesome because in some ways it’s like we added a new healer to the game with a unique playstyle, even though it was simply an update to an existing character.” 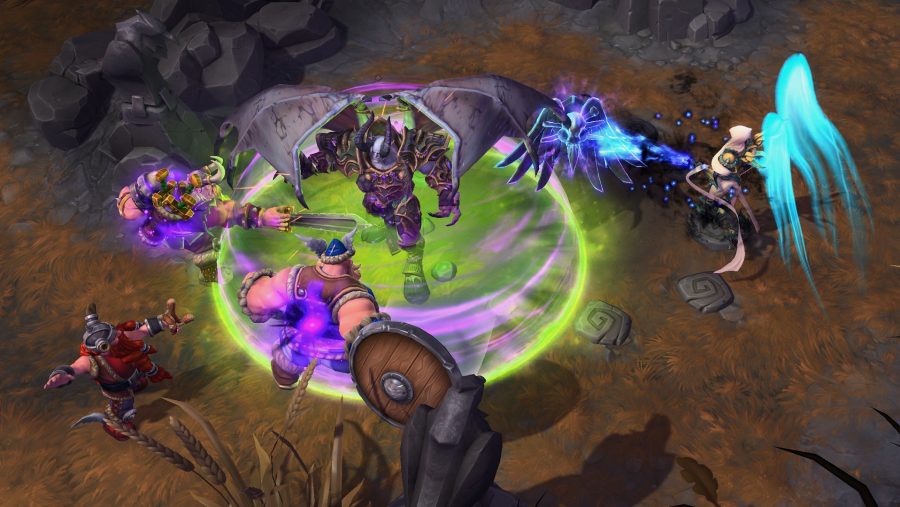 Whether it’s introducing a new hero or reworking an old favourite, Cooper and his team are never content to rest. This drive and dedication is apparent nearly every time you launch Heroes of the Storm. There’s always something new and exciting going on. “It’s important for us to always be adding new content to the Nexus,” he says. “New Heroes are a big part of that, but we also look to fill some of the gaps between new Heroes with reworks, balance patches, battleground updates, and events.”

With a vein as rich as Blizzard’s stable of franchises, there is no shortage of inspiration for Cooper and his team. Every character is a potential new hero. When asked about what heroes he’d like to see in Heroes of the Storm, Cooper was coy. “Let’s just say we appreciate all of the player feedback on which heroes you want to see enter the Nexus and we’re looking forward to continuing to add lots of iconic heroes and villains.”