There’s a new hero making her presence known in the Nexus, as the latest patch has brought Sally Whitemane to the fight. The High Inquisitor serves as a support, but her healing abilities support an aggressive playstyle, restoring ally health as Whitemane deals damage to enemy heroes.

Whitemane’s trait is Zeal, which applies to allies for eight seconds any time she casts a healing ability on them. During that time, any damage Whitemane deals to enemy heroes is translated 100% to affected allies as healing. That makes her the perfect backup in team fights, keeping friends healed for every point of damage she’s able to deal to foes.

Sally’s basic abilities deal out the damage and healing straight-up. Her Q is Desperate Plea, which heals allies but gives her Desperation – a temporary increase to the ability’s mana cost that stacks up to three times. Whitemane’s W is Inquisition, which channels on enemy heroes to slow them and deal damage over time. On E, Searing Lash smites enemies in a straight line, with a second strike following up on affected heroes after a delay.

You can see the full list of abilities and talents below, or you can get a summary via Blizzard’s Whitemane Spotlight video. It’s worth noting that Sally doesn’t have a strong means of escape, so if you’re facing off against her, the recommended strategy is to isolate her and cut off any obvious means of backtracking. (Easier said than done when she’s draining your health and restoring it to her teammates.) 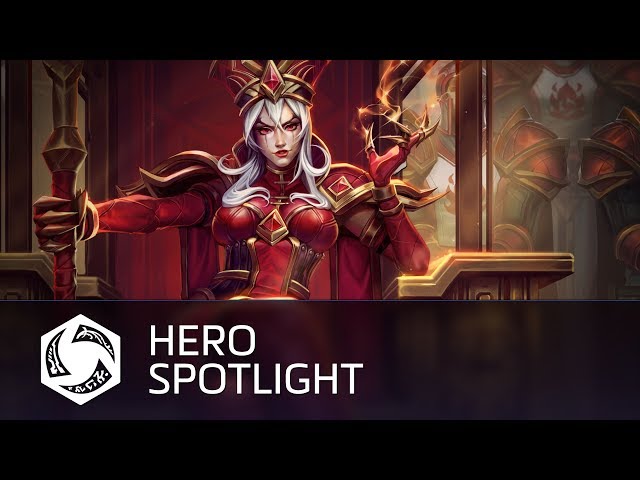