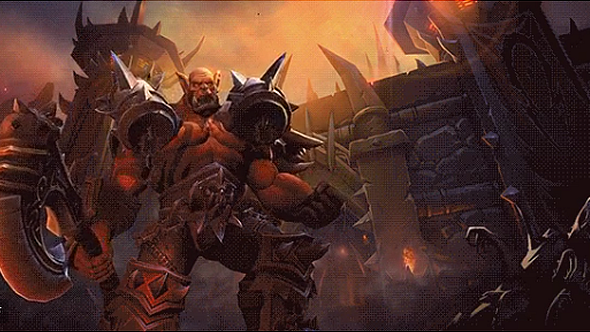 Update August 8, 2017: Heroes of the Storm’s latest patch is now live, adding Garrosh Hellscream to the game for everyone to try, following a short stint in the PTR.

As well as introducing Garrosh, the update gives us a semi-rework for The Butcher and pulls the Hanamura map out of rotation for some changes.

Here’s how loot boxes work in Heroes of the Storm.

All the changes that have been made since the PTR are in the patch notes, highlighted in orange.

Update July 31, 2017:Garrosh is now playable in the Heroes of the Storm PTR, along with a host of other changes.

Players can finally take on the role of the angry orc ahead of his final release. You have from now until August 7 to give him a go.

If you want to see what else is in the PTR, check out the patch notes.

Update July 27, 2017:Garrosh’s trailer, abilities, and talents have been revealed at ChinaJoy.

You can see a rundown of how Garrosh plays in the above spotlight, and all his abilities and talents are below. He’s a heavy tank, capable of slowing and disrupting enemies for days – but like many of his compatriots, he’s weak to percentage-based damage, even as he gets harder to kill closer to death.

He’ll be available on the PTR from Monday, July 31 if you want to get stuck in. Expect an in-development video fairly soon that also shows off the various skins and mounts in the same patch. If you can’t wait for new info, there was also a new patch released this week.

His page is up on the official site with visual examples of his abilities and his release skin. As for his Talents, see below:

Update July 21, 2017:Warcraft orc Garrosh is coming to the Heroes of the Storm PTR very soon, if all goes as planned.

The new hero will be playable at ChinaJoy on the show floor next week, and Blizzard are planning to unleash him onto the PTR on July 31.

Garrosh will be playable on the show floor at ChinaJoy next week, and we're currently targeting the week of July 31 for PTR. https://t.co/D8fMiujhQH

Original Story July 20, 2017: Heroes of the Storm’s next hero will be that famously massive jerk, Garrosh Hellscream.

The news was tweeted out by the HotS account just a couple of hours ago.

Lok'Tar Ogar, Heroes! Garrosh, Son of Hellscream, will soon devastate all those who stand against him in the Nexus! pic.twitter.com/LfnAVZc1wH

Thanks to yesterday’s teaser – a simple image of the Dark Portal which brought orcs to Warcraft’s world of Azeroth – we knew the new addition would be from Warcraft, and probably an orc.

Nonetheless, the announcement of Garrosh seems to have taken some of the community by surprise, with ‘mixed’ being a pretty generous description of the reception.B/R esports branded Garrosh “everyone’s most hated orc,” while one fan said they “can’t even love him as a villain.” Orc fatigue in general was another theme – Heroes of the Storm has had quite a few now, though it has been a while.

Expect a full reveal of Garrosh in the next couple of days, and for him to go live on the PTR on Tuesday next week.

Anyway, speculation time. What class do you reckon? Bruiser or tank, we’re guessing.