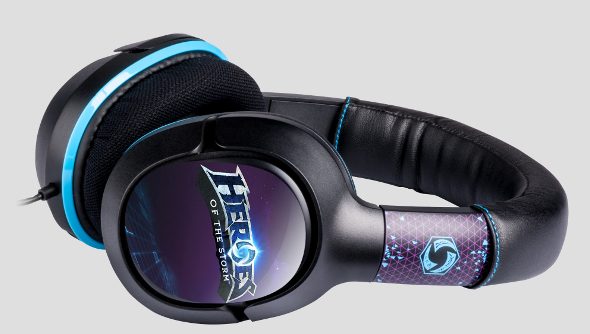 Want one of the two Turtle Beach Heroes of the Storm headsets Blizzard sent us?

Blizzard’s in a giving mood at the moment, not only have they given us 500 Heroes of the Storm keys to give away but two lucky readers can win themselves Turtle Beach headsets.

For your chance to nab yourself a pair you need to answer one simple question.

The Turtle Beach headsets have 50mm speakers which, turned up to full, should clear out any dust between your ears. They also come with removable speaker plates, letting you switch out the standard Heroes of the Storm logo for custom plates depicting your favourite hero.

There’s a built in mic, too, so you can chat to your friends while playing.

For your chance to win you need to answer this simple questions: what hero would you like to see added to Heroes of the Storm’s roster? We’re not looking for serious here, we’re looking for silly. It could be a Hearthstone card, it could be the World of Warcraft mailbox, it could be the Hyperion’s arcade machine.

Write your suggestion in the comments below. The two funniest win themselves a headset.

This contest is open until midnight on Thursday, February 19. We’ll be picking winners the next day.