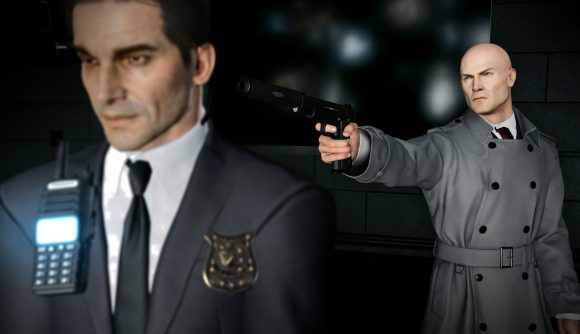 Io Interactive is at work on the last pieces of Hitman 2’s expansion pass, but the studio is already diving into what’s next: namely, Hitman 3 and something entirely new. In a new documentary on the history of the Hitman series, Io teases what’s coming next for the studio.

A third Hitman game is at least in the planning stages, and Io says it “may” go episodic, just like 2016’s Hitman did. According to Io CEO Hakan Abrak, “Hitman is a trilogy,” and that heavily-marketed “world of assassination” will end up being a single game that includes over 20 locations “starting from Paris in Hitman 1 to the last location in Hitman 3.”

In an interview last year, the developers said it was likely Hitman 1, 2, and 3 (and potentially 4), would all exist within the same client, so those plans have been around for a good while – but this is as close as we’ve gotten to a formal announcement so far.

In the NoClip documentary, Abrak says “We are still very much independent, we’re looking into the future with new things, potentially new IPs, that we might be working on. We’ve created four original IPs from scratch. We’ve always worked on and created these characters and worlds and what not. It’s a part of our DNA, and I’m looking forward to bringing new stuff as well, apart from growing Hitman into the world.”

While Abrak hedges a bit in that quote, there’s no uncertainty elsewhere in the documentary, as the “majority” of Io’s main studio in Copenhagen is working on that secret, new project.

You can hear the relevant bits in the video above, at 34:25 for info on the new Hitman or the 36:54 mark for the original game. (But do give the whole thing a watch, as Noclip’s documentaries are always worthwhile viewing.)

Even though new IP is always exciting, there’s a bittersweet tinge to the fact that Io’s next game probably won’t be a Freedom Fighters revival – especially after years of teases and easter eggs referencing the 2003 shooter in the recent Hitman titles.