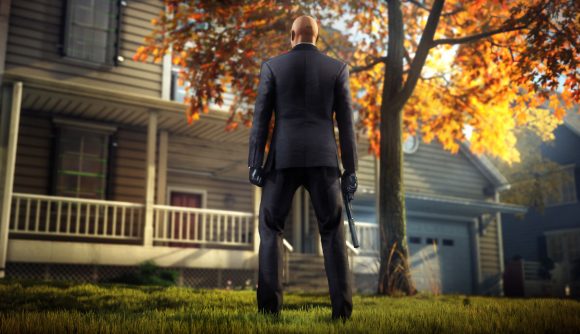 After a strange, lengthy kerfuffle, it seems that Hitman 3 finally lets you import your purchases of Hitman 1 and 2 on PC. Developer IO Interactive has confirmed that the level import is now live, and is available “at no additional cost”.

IO says it’s a three-step process, but two of those steps are ‘read the instructions’ and ‘look at your accounts’, so it’s really just a one-step process. You go to the official site, sign in with both your Steam and Epic accounts, and claim the relevant content. This will let you get access passes for Hitman 1, Hitman 2, and Hitman 2’s DLC levels unlocked for your Epic account.

Initially, it seemed that there’d be no way to import your Steam purchases of the first two games to Epic at all, as developer IO Interactive said in the first version of its pre-launch guide. When players were (understandably) upset by that, Epic’s boss himself stepped in.

Epic CEO Tim Sweeney responded to this story on Twitter, explaining: “Sorry, the team is looking into this with IO. It’s never Epic’s intent to create a situation where someone who owns a game on Steam would have to buy it again on Epic Games Store to get the full benefits of it.”

Hitman 1 was given away for free on the Epic Games Store some time ago, and the access pass for the first game’s levels was included with purchases of Hitman 3 for the first ten days after launch. However, Hitman 2 isn’t available on the Epic Store, so the only way to get those levels would’ve been to purchase the Hitman 2 access pass. And while that was heavily discounted during the launch window of Hitman 3, it’s now $59.99 USD – or $99.99 USD if you also want the DLC levels.

In short, it’s a mess, and while it’s good to see it getting addressed, the process should never have been this distressing in the first place. This series is made up of the best stealth games out there right now, and Hitman 3 is fantastic too, but it should’ve been a slam dunk getting all of this content easily accessible in one place from day one.