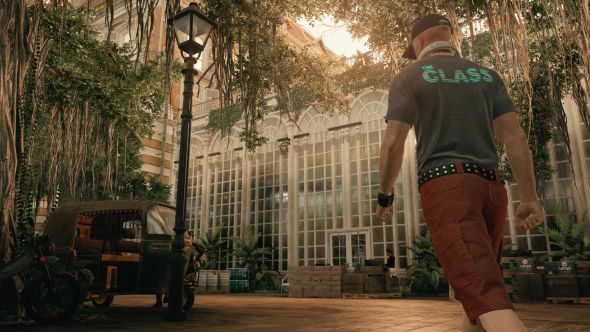 The official Hitman account has tweeted some information about the team’s future plans. It’s non-specific, but confirms that the game is seen as a three year project, with two more seasons to follow the current one. They also call remaking levels from old games “a possibility” but say they’re focusing on new content for now.

If you can’t wait that long, here’s some of our other favourite sandbox games.

@bergf89 Of course, our plan is to have three seasons. Although Season Two hasn't been confirmed yet.

That takes a little unpacking, I suppose due to the nature of the character limit on Twitter. A plan of three seasons likely means preliminary design work having been done, a rough plot of new locations and how content can be inserted, but development hasn’t begun in earnest. While the tweet itself would seem to confirm season two, that doesn’t mean the money-movers and decision-makers at Io and publisher Square Enix have given the go ahead. Hopefully they do.

There’s four episodes remaining in season one, with the fourth of seven hitting on August 16 and set in Bangkok, Thailand. Between now and then, and continuing forever it seems, there’s the various chunks of live content Io have committed to. Here’s us doing the latest, Friday’s Paris-based elusive target, the broker: