When we think of a stereotypical ‘hitman’, we imagine a taciturn thug with a cold heart. And indeed, this is how Hitman’s Agent 47 was initially depicted: a clinical killer so precise in approach that he can’t even afford to have a hair on his head. Yet, by the end of the rebooted trilogy, Agent 47 has become far more sympathetic. He exudes charm and coolness, and his targets are uncaring billionaires and diabolical scientists; he kills to bring down a nefarious shadow government. How did 47 become an iconic anti-hero?

Since its release in 2000 with Hitman: Codename 47, the series established and strengthened a reputation for pioneering level design and increasingly convoluted assassinations for players to carry out. Likewise, 47 and the plots in which he is embroiled have matured, revealing a little more about his personality with each new entry and driving away from the unfeeling killer we meet in the first game. From the start, 47’s targets have tended to be bad people – his debut sees him dispatching mobsters, drug traffickers, and gun runners – but he doesn’t express any moral opinions one way or the other about their removal from the world. The presence of 47’s creator, or ‘father’, Ort-Meyer is also much more keenly felt here than later in the series.

Spoiler warning: this piece contains plot spoilers for pretty much every game in the series.

By the time we meet back up with Agent 47 in Hitman 2: Silent Assassin, he’s retired and living a peaceful life as a gardener at a Sicilian church. It’s an apt setting for the first game in the series to examine 47’s morality; he befriends the local priest, Reverend Emilio Vittorio, and even confesses the violent sins of his past, indicating regret and a desire for forgiveness – a change the game neatly reflects in its gameplay through the introduction of non-lethal takedowns. 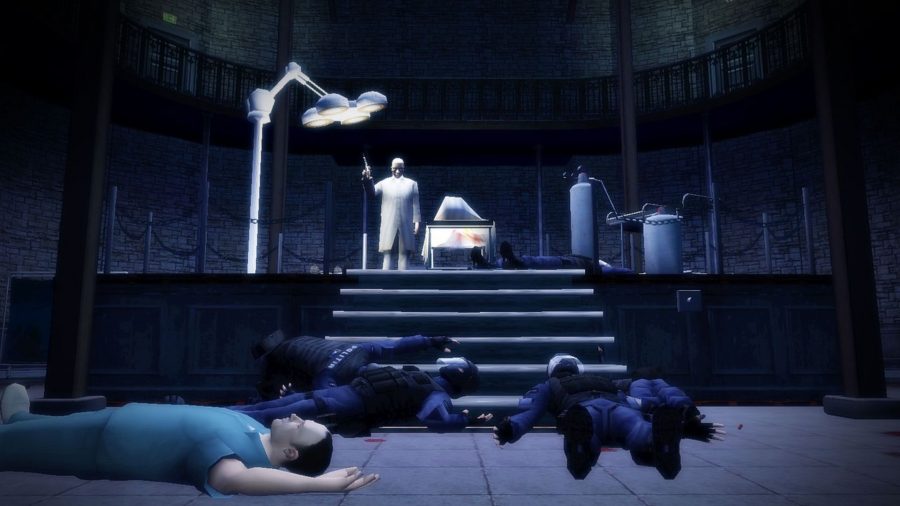 But in a cruel and ironic twist, his affection for the priest is leveraged to get him back into the business: Vittorio is kidnapped, and 47 can only raise the money for his ransom by accepting ICA contracts. When he succeeds, the reverend begs him to renounce his violent past, thrusting his rosary beads into 47’s hands. Ultimately, the assassin isn’t able to find inner peace, and before the credits roll he leaves the rosary on the church’s door and returns to life as a contract killer.

Blood Money opens our eyes to seeing 47 as vulnerable

Alongside 47’s personal development in the first few games, we also witness his relationship with Diana Burnwood blossom, with Diana transitioning from 47’s distant ICA handler to a friend and confidant. Hitman: Blood Money does the most work here, as the ICA is gradually whittled down by a rival agency, leaving just Diana and 47, and the desperation of their circumstances force them to depend on each other.

More like this: Here are the best stealth games on PC

It’s only at the end of the game – when Diana risks destroying the trust that has been built since first meeting – that we really start to see 47 as a person, not a killing machine. 47 panics when Diana injects him with what he thinks is a lethal poison, attempting to pull the syringe out and attack Diana. He even swears. Despite 47’s steely disposition, he’s clearly capable of trusting, even relying upon others, and then feeling anger and fear at their apparent betrayal. 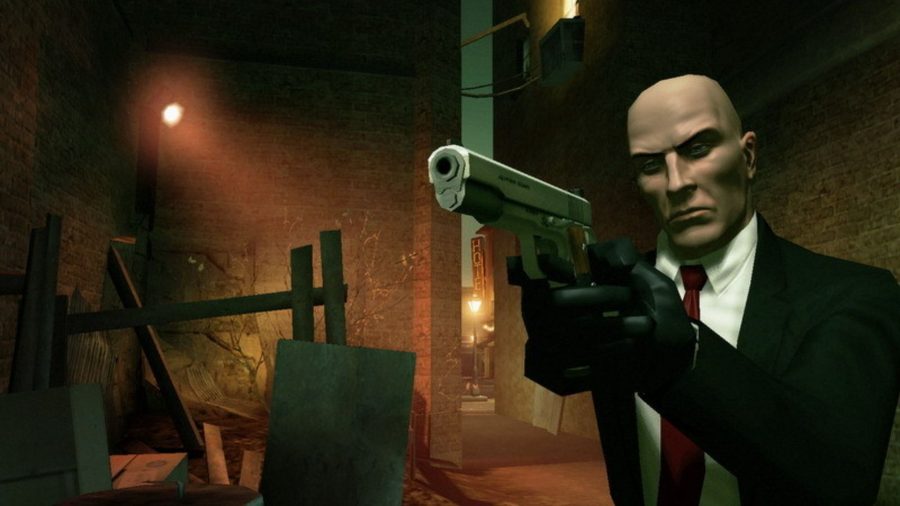 Blood Money opens our eyes to seeing 47 as vulnerable, someone who, beneath their ruthless competence, may have no more control over their destiny as you or I. Hitman: Absolution expands on this, pitching 47 as the pawn in an elaborate battle between Diana and corrupt ICA coordinators.

For all its faults, Absolution provided a thematic drive for Agent 47 that carries across to the reboot

But it goes further still, developing 47’s character through two more important and unprecedented contexts. It’s the first game in the series to leave 47 to his own devices – for the majority of the story he has no handler, no contract, no guiding light. He also plays father figure to Victoria, a genetically engineered teenage girl who Diana had rescued from further experimentation.

For all its faults, and there are many, Absolution provided a thematic drive for Agent 47 that carries across to the rebooted trilogy, and for this it doesn’t get enough credit. It’s the first game in the series where we really see 47’s moral judgement come to the fore, and (aside from all the killing) it turns out he’s not all that bad. 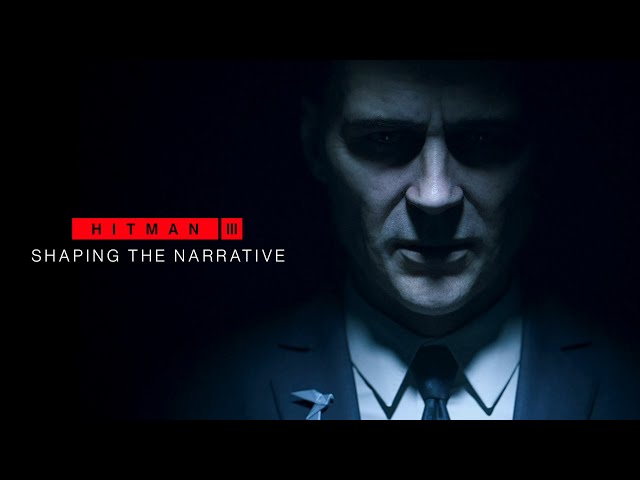 2016’s soft reboot of Hitman represents a sea change in how 47 is presented. While most of 47’s previous hits were clearly bad folks, across the recent trilogy the targets are a great deal more grandiose. We have shadow clients, chemical weapons manufacturers, terrorists, fraudulent bankers, and social elites who have lied, cheated, and killed their way to the top. While it’s still difficult to see 47 as an outright hero, if only due to his methods, at least now he knows right from wrong, and you can sense that he understands and approves of Diana’s target selection as being in service to some higher good.

The addition of Lucas Grey in Hitman 2 further fleshes out 47’s personality, adding an emotional voice to complement Diana and 47’s moralistic motivations. It’s here where we first see 47 being led by his emotions .
By the end of Hitman 3, 47’s journey of self-discovery is complete, as is the maturation of his relationship with Diana into a fully fledged partnership, and their emancipation from Providence, the greedy and megalomaniacal shadow government they’ve just dismantled.

While plenty is left to the imagination, it’s implied that some version of morality is now their goal: “there will always be people like them,” says 47 of Providence, “so there will always be people like us.” His final lines are no less important, emphasising the fact that for the first time in his career he’s choosing his new direction willingly and with open eyes. “I choose this path,” he says, cracking a wry smile, “because I can.” 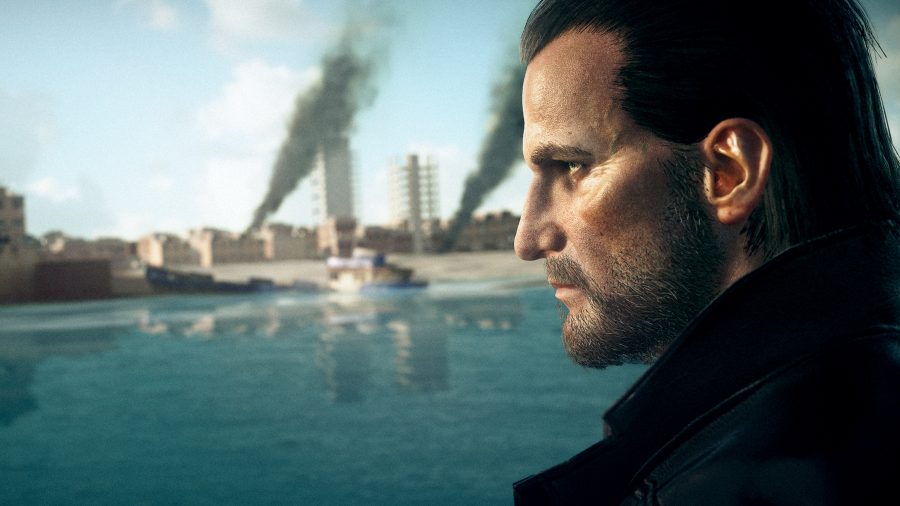 That journey takes several games to see through to completion, but 47’s transformation from an expressionless vacuum of death and destruction, to a thinking, feeling, conscientious assassin – inasmuch as such a thing is possible – is a core part of the series.

With each new entry we gain a deeper insight into his mysterious persona and we become more sympathetic and understanding of his character. This is especially true of the reboot trilogy, which has its own complete arc, but, brilliantly, doesn’t invalidate any of its predecessors, each of which made meaningful contributions to Agent 47’s development which IO Interactive has allowed to remain relevant. Few series can stick around for eight games. Fewer still can meaningfully evolve their protagonist with each entry and still hang together so well as Hitman.