We’ve all been there: yet another Steam sale has come to an end, and despite your best efforts at restraint, your already sizable backlog of PC games has ballooned even further. How on earth are you going to find the time to play all of these games?

It’s practically the definition of a First World problem, but having too many games and not enough time to play them is a common dilemma these days. Take a look at the dozens of unplayed titles on your hard drive and you’ll feel that nagging guilt as you catch yourself buying even more to add to the pile. The question that arises from this issue is how do you go about reducing that gigantic number of unplayed games?

It’s probably best to stop buying more games for starters. Now we just need to deal with that bulging Steam library. In order to figure out how best to tackle such a daunting task, I asked a selection of game bloggers how they manage their backlog, and the result is this handy how-to guide to being a better PC gamer, and, by extension, a better person.

Trinity, who runs a blog called Triform Trinity, finds it helpful to document his backlog on paper. “I have a list of the games that needed to be finished. Just a physical list that I keep in a notepad,” he tells me. “It gets bigger, but I also enjoy the idea of taking a whole week off to just complete as many [games] as possible.”

Making a physical list means you have the satisfaction of ticking off games when they’re done – and it might remind you of ones you’d forgotten buying. Don’t worry, we have some more detailed steps to success, too. Read on. 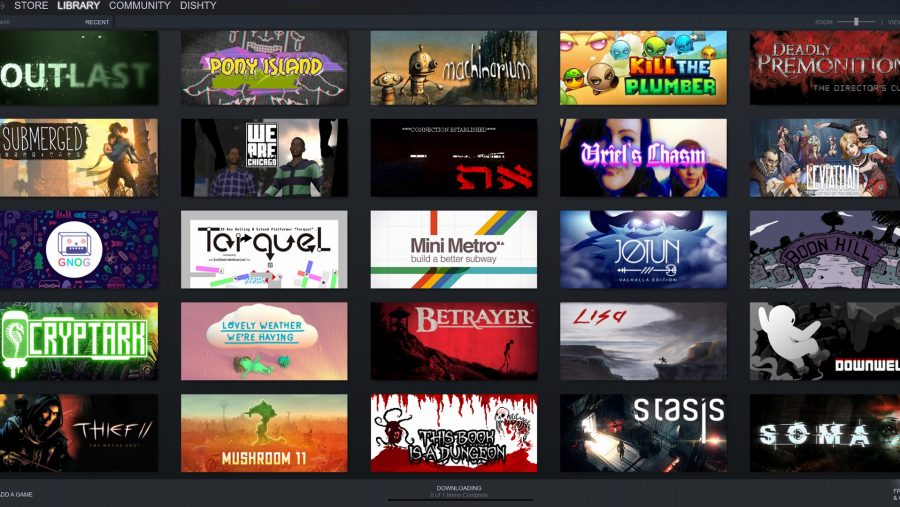 The next job is to create some kind of hierarchy. Andy Barr of Computer Planet creates a queue of games based on when he bought them. “New releases go straight to the back of the queue, no exceptions,” he says. “It’s tempting to allow certain releases to jump the queue, whether they’re personal favourites or headline releases, but if you go to the expense of buying a game it deserves not to be skipped. The no-skip rule also gives you motivation to work through the backlog more efficiently.”

Kevin Kutlesa of The Mental Attic keeps the games he intends to play close to hand. “I make sure to install all the games I need to go through,” he tells me. “If I leave them on my Steam or GOG lists, I’ll never get through them.”

Give up if you’re not enjoying yourself

Perhaps, when you were a child and could only afford a few games, you made it a point of pride to complete every single one. But as you get older, time becomes a much bigger constraint. As Khinjarsi from Upon Completion puts it, “life is too short for bad books, bad games, and bad films or TV.”

have three games on the go at once, no more, no less

The sentiment here is that there aren’t enough hours in the day to give every game the attention it asks of you. So you need to make a point of noticing when you’re not enjoying a game so you can ditch it and move on. Rob Covell of I Played The Game agrees with this idea. “I used to insist on finishing all of [my games], but more recently I’ve been kinder to myself,” he says. “If a game just isn’t grabbing me after a couple of hours I’ll give it up and count it as a loss.”

Barr and his friends are a bit more methodical when it comes to setting a time limit. “Give each new game a decent chance – we say ten hours gameplay at minimum,” he tells me. “If you’re not enjoying it by then, it’s time to reject it and move on.”

“When I want to get through games quickly, I tend to only complete the main story,” Robert Ian Shepard of Adventure Rules says. “As some examples, I didn’t get all the shrines in Breath of the Wild, didn’t unlock the final hidden world in Super Mario Odyssey, didn’t beat all the challenges in Mario + Rabbids or Dragon Quest Builders, didn’t do all the adventure maps in Hyrule Warriors – but I beat the final boss in all of them and got to the end of the story, which to me is enough to count the game as finished and therefore not part of my backlog anymore.”

Khinjarsi mostly sticks to the story missions when progressing through a game, but with some exceptions: “If I really enjoy the game, or it’s a game I can easily get 100% on, I’ll do that as an ongoing project.”

Limit how many games you play at one time

“You should have three games on the go at once, no more, no less,” Barr says. “We’ve found any fewer and sometimes you can’t find a game you’re in the mood for, and any more and you won’t have enough time to invest in each, and you’ll lose momentum and interest.”

Others also try to limit how many games they have on the go: “I try to play one long game (RPG) at a time and work on smaller games,” The Shameful Narcissist from The Shameful Narcissist Speaks says. Kutlesa, meanwhile, prefers a mix of old and new: “Every given week I play a mix of backlog games and new titles. Right now I’m playing even older games, as in Windows 95 games, like Nightmare Creatures and Blood Omen: Legacy of Kain.”

But this system doesn’t work for everyone: “I’ve tried the whole sticking to one game at a time thing, but that really only worked for Breath of the Wild,” Imtiaz Ahmed of Power Bomb Attack says. “I can’t help but dabbling in a few things at once. Sticking to just one game, especially a really long one, is extremely tough, and switching between games helps keeps things fresh.” 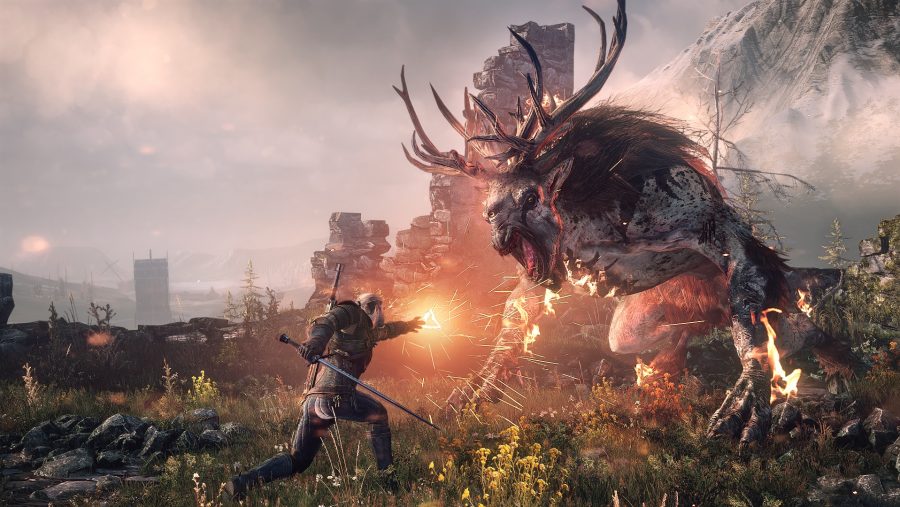 Set yourself a target

Giving yourself something to aim for can provide a motivation to get through your gaming backlog. It could be something like spending a month or two working through the Assassin’s Creed games or, as Athena from AmbiGaming decided, a whole year of RPGs.

“I came up with the very excellent ‘Year of the RPG’ idea and am knocking out eight backlogged games while I race against the passing months. It sounds super stressful but I’m having fun with it, and it’s sort of reminding me of when I used to (and still) stay up all night reading a book because I just can’t put it down.”

Watch a Let’s Play video instead

This idea might raise some eyebrows – especially those on the faces of game developers – but watching a game instead of playing it is increasingly popular.

“I’m not averse to watching Let’s Plays,” The Shameful Narcissist says. “I love games and am open to experiencing them in a variety of ways.” Shepard agrees: “I’ve definitely had a few games where just seeing it played was enough for me – particularly story-driven titles like Telltale’s games.”

One advantage of watching rather than playing is that you can combine it with other tasks, like the washing up or eating. And although you lose agency in the game, you gain the company of the person playing it. Plus, The Shameful Narcissist points out that it allows her to enjoy games she might otherwise struggle with: “I’m not good at stealth games, so Let’s Plays allow me to experience games I might not be able to play or complete.” 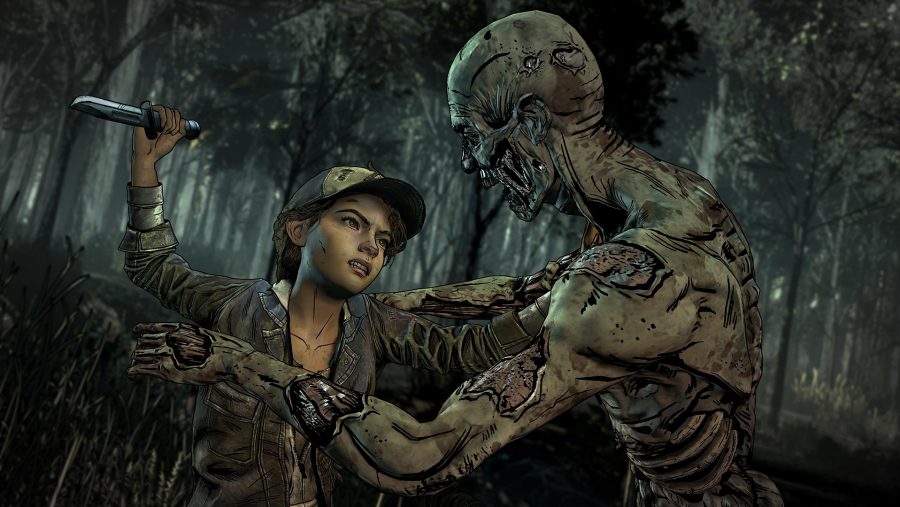 Resign yourself to failure

In the end, chasing after the fantasy of completely clearing your backlog is probably futile. “Accepting that you have a backlog and it may never be completed is half the battle,” Khinjarsi says. Lightning Ellen from Livid Lightning has finally let go of any pretence of trying to keep her gaming backlog under control: “I gave up and just play whatever I feel like, while enjoying watching my shelf of unplayed games grow out of control.”

Rather than embracing the chaos, it’s a good idea to take stock of your list every once and a while, deleting or selling any games you know you’re never going to get around to playing. Also consider that game technology moves on quickly – that shooter from five years ago was the bees knees then but it’s likely to have been surpassed since. Skip it completely or scrap the original in favour of an improved sequel or remaster, one which won’t require you to spend half your playing time reading a guide. That should help save some time.