The Vive Pro is finally available as a completed kit with all the bits you need for immersive gaming – for only $1,400 / £1,299. Ouch. This “professional-grade VR” headset launched back at the end of April, however, until recently had only been available as a standalone headset for $799.

Gamers had high hopes for the Vive Pro back when it was first announced. The Vive has been around for quite some time and was in need of an upgrade. Enter: the Vive Pro… sort of. With a modicum of visual fidelity improvements, improved ergonomics, integrated headphones, and a huge bump in price, the Vive Pro fell short of expectations. And so, with that, it was back to basics or modding the original Vive for yourself.

Need some serious graphical grunt to power your virtual reality headset? Here are the best VR-ready graphics cards on the market.

The new and improved headset didn’t even come with all the kit necessary for room-scale tracking or come with any controllers in the box. That’s despite the higher price tag than the all-inclusive first-generation Vive headset package all in, with all the extras included, and  a wireless adapter.

But HTC has now completed the top-end setup. The HTC Vive Pro Full Kit comes with two Steam VR 2.0 base stations and two matching Vive Pro blue wand controllers for $1,400 / £1,299. SteamVR 2.0 allows tracking up to a 10 x 10 metre square, but only if you have four base stations… which you’ll need to order separately… once the accessory exists as a standalone product… which isn’t now. 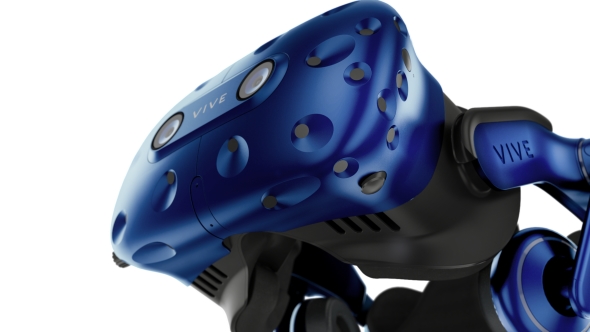 At least HTC has now put together a ‘basic’ Vive Pro starter kit, which is only slightly more affordable for us mere mortals. This will cost you $1,098 – still a huge premium over the first gen unit – and comes with two regular black wand controllers, and two first-gen SteamVR base stations.

Valve only recently announced it was shipping dev kits of the Knuckles EV2 controllers. These touch capacitive, gesture-controlled devices utilise Valve’s in-development SteamVR Skeletal Input tech to open up a much wider range of natural movement and object interaction in-game. If the recent activity from the development team is anything to go on, these controllers could be nearing a release date to the public.

So, any user waiting for the very best VR experience to-date might want to wait around for these next-gen controllers to launch. But VR isn’t cheap, and likely neither will the Knuckles EV2 be.

With the full kit launch, it seems evident that HTC isn’t targeting gamers, or even enthusiasts, with the Vive Pro. This pricey headset is solely aimed at the enterprise market, in which money is apparently no object. The rest of us will just have to stick with the first-gen Vive headset at $499 until something even better comes along.