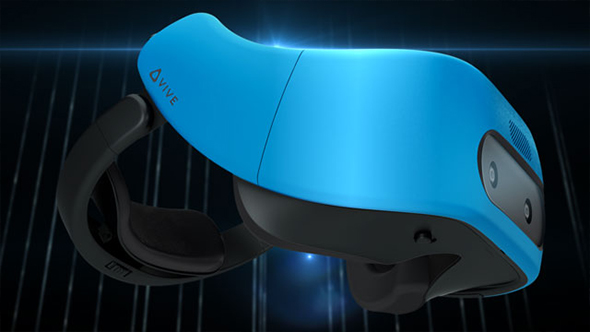 HTC will be launching a new headset for the Chinese market with Vive Focus, which promises “world scale” VR. In more concrete terms, that means positional tracking without the need for external sensors. HTC say that this will be the first headset of its kinds to reach market.

Check out the best VR games on PC.

Powered by a Qualcomm Snapdragon 835, the Focus headset offers six-degree-of-freedom tracking for world scale VR. (And, presumably, it plays a mean game of Descent.) The headset is completely standalone, and will require no external base stations.

Alongside the Focus headset, the Vive Wave VR SDK is an open platform and toolset offering interoperability between various headsets, with support for mainstream game engines. Vive’s previous plans to bring a Google Daydream compatible headset out in North America and Europe have been canceled.

A standalone headset essentially bundles all the tech associated with VR into the unit itself, with no need for a external processing in terms of a PC or console – or even a phone, as is the case with most mobile VR solutions. Developers will be able to publish directly to a store tied to the headset itself.