Usually, when a game releases, it has a bump of sales which then slope off over time. There are outliers, like GTA 5, which will sell and sell until we all inexplicably have multiple copies. But then there is Human: Fall Flat. It was released 18 months ago, selling enough to keep its creator happy, but then, in September last year, started selling hundreds of thousands of copies.

To date, Human: Fall Flat, a game made by a lone developer, the Lithuania-based Tomas Sakalauskas, has sold over 2.1 million copies. The majority of those units were sold in the past four months.

So how did Sakalauskas do it?

“It’s always been Tomas’s vision to introduce additional features to Human: Fall Flat,” publisher Curve Digital’s Simon Byron tells me. “Online multiplayer has always been one of the most requested features and so Tomas spent a good few months tinkering with the code and individual levels in order to make them accessible to more than two players at a time.”

Sakalauskas started releasing beta versions of multiplayer in September. He updated it weekly, unlocking a new level for online multiplayer every seven days. “Players feedback on their experiences, with feedback incorporated into subsequent updates,” Byron says. “There was a real sense of community in building this multiplayer playground.”

Human: Fall Flat’s multiplayer officially released on October 30, along with a week-long sale. The effect was, well, look for yourself: 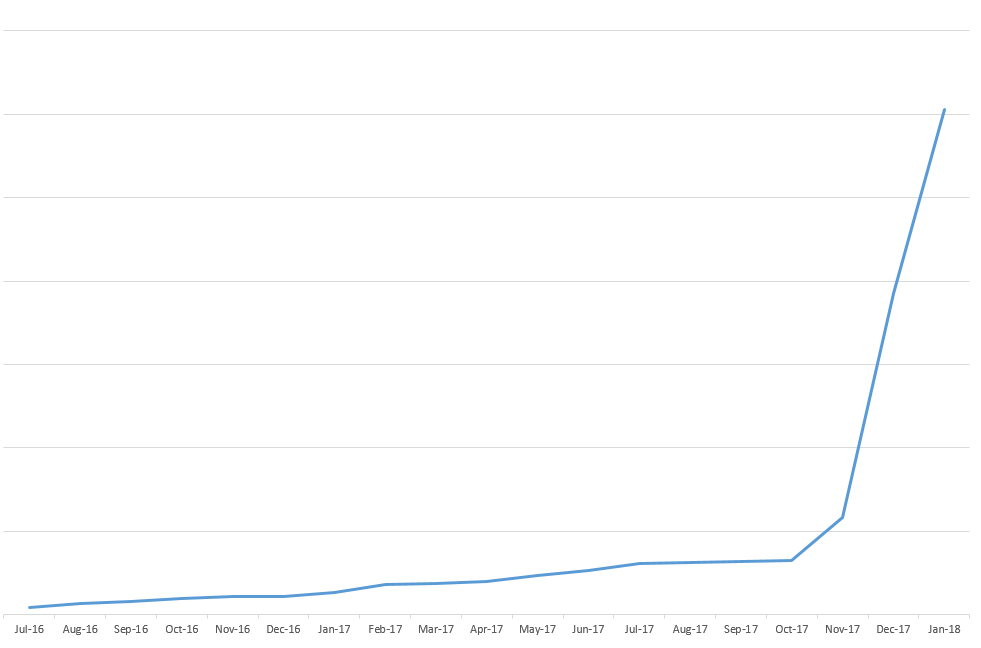 Human: Fall Flat had been streamed before but the addition of multiplayer saw it being picked up all over again. “The sight of so many Bobs creating total mayhem was brilliant – you could hear the giggles of people here in the office watching what people were up to,” Byron recalls.

In the run up to Christmas, Sakalauskas released a Christmas level that featured a chute that presents would come down whenever the total number of people playing Human: Fall Flat globally reached certain milestones.

The new level was so popular that Sakalauskas and Curve Digital had to revise their original targets for player numbers – “otherwise it would have been all over before we’d begun,” Byron says. 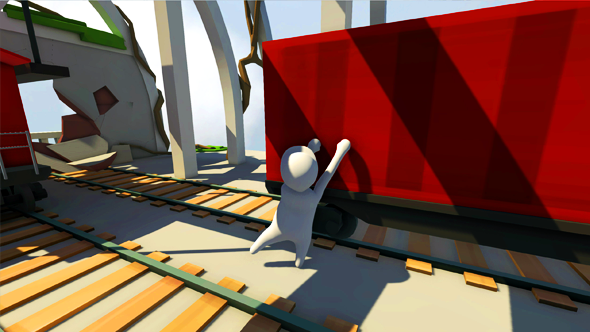 The game has become a surprise success in China. While Human: Fall Flat is selling well globally it is China that has proven the most popular individual region. This is in large part down to Zhan Lan Fei, a Chinese PlayerUnknown’s Battlegrounds streamer. In December he streamed Human: Fall Flat three days on the trot, each time broadcasting to more than a million people.

“It was then that things began to properly take off, certainly in China, but with an overall increase globally,” Byron explains. “During January we were generally in the top ten in the major countries – and on a couple of occasions topped the global charts, which is fucking crazy for a game 18 months old.”

Human: Fall Flat’s success is not something that can readily be replicated by other developers. Clearly, many factors play into the surge of interest from September – and who can predict China’s biggest streamer deciding to stream it for three days in a row? But it all started with an update based on feedback from players. Adding multiplayer is no small feat, but, in this instance, it has had an incredible effect.