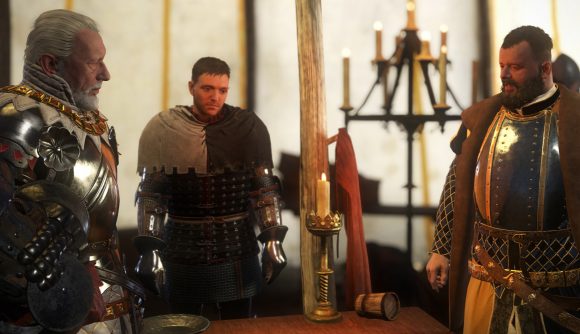 The latest Humble Monthly bundle is here, and this time around the package offers two of last year’s biggest PC-focused hits, including the massive medieval RPG Kingdom Come: Deliverance, and the sci-fi survival-focused city-builder Surviving Mars, and a selection of mystery games for the usual low price of $12 USD.

That’s cheaper than Kingdom Come has ever been offered before, as the current Steam Summer Sale price is still $17.99. Surviving Mars is a bit cheaper on Steam at $10.19, but the bundle still represents a solid value. The game keys redeem on Steam, so if you want to pick up some of the voluminous additional DLC for either title, you can take advantage of the Summer Sale on those.

If you pick up the Humble bundle now, you’ll get immediate access to Kingdom Come and Surviving Mars, and you’ll get a selection of mystery games when purchases end on August 2. Last month’s mystery games included Road Redemption, Warhammer 40,000: Mechanicus, Love is Dead, 60 Parsecs!, NAIRI: Tower of Shirin, and the Humble Original Kind Words.

The July early unlocks were Hellblade: Senua’s Sacrifice and Moonlighter.

Humble has been known to sweeten the early unlocks for these bundles, as the store did with the full Black Ops 4 package in the June bundle. If you want to wait and see if anything gets added here, you’ve got another month before orders close.