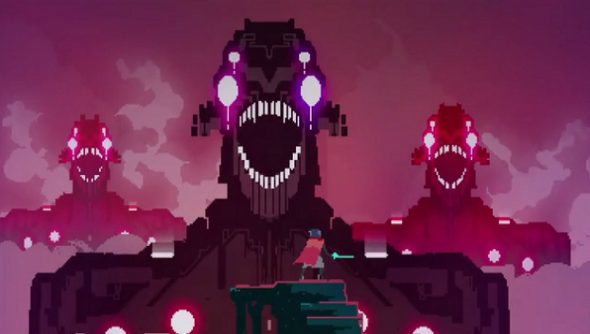 Hyper Light Drifter just looks gorgeous. Though pixel art might be the style of the moment for indies, Hyper Light Drifter still manages to stand out with its ultra-stylised take on the aesthetic. The studio head at Heart Machine, Alex Preston, said they want to make “an experience that’s visually and atmospherically compelling”. Give yourselves a pat on the back, folks.

It doesn’t look like it’s all style over substance, either. Taking place in the post-post-apocalypse (yes, after the post-apocalypse), Hyper Light Drifter is inspired by games like The Legend of Zelda and Diablo, with Preston citing them as influences. 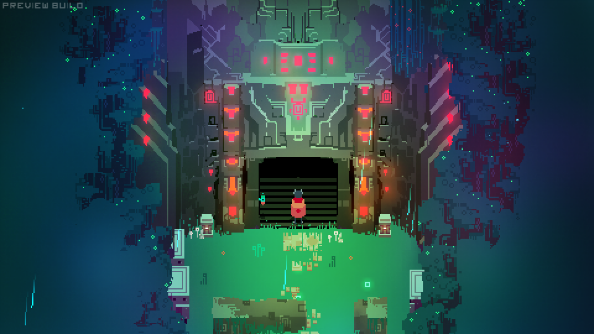 On a blog released just over a year ago, Preston went on to write the following: “At Heart Machine we’re fans of fast, heavy-hitting combat that requires skill and rewards a bit of finesse. To hell with bulletsponges, witless drones and unfair scenarios.

“We spend a great deal of time tuning our systems, adding meaningful feedback in the controls, visuals, and audio design so they feel responsive and satisfying each time you lop an enemy in half, blow something up, or wipe out an entire pack of ravenous creatures.” 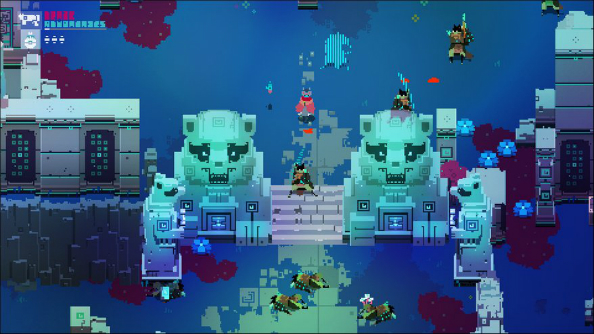 Story and art inspirations come from Studio Ghibli film Nausicaa of the Valley of the Wind. Not bad foundations. In the same blog, Preston wrote this of the art: “The visuals will be the other major factor in forging the tone and intention of the spaces. Each environment uses a striking and specific palette to highlight landmarks, and they’re littered with touches like reactive wildlife and intricate architecture.”

Locations will also be littered with environmental storytelling: craters from ancient battles, the remnants of hulking machines reclaimed by nature and the bones of giant creatures.

The team is looking strong and capable of imprinting this vision into the finished product, too. Don’t just take my word for it, though. Check out the gorgeous new trailer:

The trailer gives a release window of spring 2016, but Preston likely won’t hesitate to delay if he feels the game needs more time. I say take all the time you need.