Perhaps we are the same, you and me. Perhaps we both invested in a solid Sandy Bridge CPU in 2011, spurred on by the rave reviews, and perhaps we have both been too proud to ‘downgrade’ to a newer model i5 in the subsequent years for fear of what the other kids in the playground would say – or what it might do to our Cinebench numbers. Well, recently I went for it, and guess what? Going from i7 to i5 increased my PC’s performance.

Related: the best CPU for gaming.

CPU upgrades are hard. Buying a new one probably means buying a new motherboard with a compatible chipset, and that in turn probably means new RAM too, so there is a considerable financial and time investment involved. Then there is the fact that CPUs hold their value so well over time. Generally that means it isn’t worth buying anything but the latest models on sale, which further forces your hand into upgrading your whole chipset. Above all, it is such a stab in the dark – you can get a good idea of the performance levels you will get from a new GPU by looking at benchmarks, but with a CPU there are so many variables to consider. Maybe you will find a set of benchmarks to analyse, but is it overclocked in those benchmarks? By how much? How is it being cooled? How good is the motherboard, the RAM, and how does that all apply to your own very specific setup?

For all these reasons, I have stayed put on a 2011 i7 2600K, 16GB of DDR3 RAM and a Z77 chipset mobo for about six years now. Every time a new generation of CPUs was released, I wondered whether the 2600K had become obsolete. I wondered whether I was a fool for plugging a succession of newer and more expensive graphics cards into that same machine with its vintage CPU. And every time that new generation came along, I looked in vain for any kind of definitive answers as to whether my 2600K might be the bottleneck in my system by now, and what the cheapest chip might be that alleviated that squeeze.

And then I caved and ‘upgraded’ to an old generation, non-overclockable, non-hyperthreaded i5 CPU, the humble 6500. In certain circumstances this would be performance suicide, but I am here to tell you that this little square of silicon actually resulted in a not-insignificant net gain in gaming and benchmarking performance. Going against the grain of conventional wisdom worked for me in this instance – here’s why.

Firstly, I overclocked it. A lot. 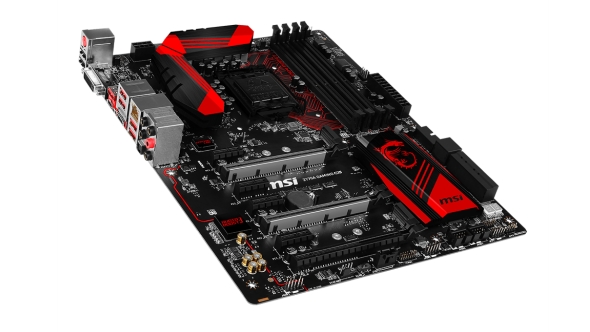 You will remember the salad days of 2016, when certain Z170A motherboard manufacturers shipped their boards with a BIOS that allowed non-K Intel chips to be overclocked. You will also remember that Intel understandably and very quickly put a stop to all that with a swathe of BIOS updates across all boards that previously offered it. But that wasn’t the end of non-K chip overclocking.

Sure, every Z170A motherboard now ships with an updated BIOS that lacks the SKY OC feature which enabled non-K overclocking, but those old BIOS files still existed out there in the ether. And by ‘ether’ I mean this incredibly handy page which has links to all of them, arranged by motherboard model. By downloading that old BIOS file and rolling back your motherboard so that it is running the overclock-enabled version, you can relive the glory days of 2016.

A couple of things about this. Firstly, updating (or downgrading, in this case) your BIOS is a reasonably terrifying task because in the back of your mind you are constantly wondering if a power outage mid-install will render your system useless. Laugh if you want, but I lost a 50+ hour Gran Turismo 5 save in a blackout, and that stuff haunts you. Irrational worrying aside, it is simply a matter of loading the BIOS file onto a USB stick, hitting DEL upon booting and navigating to the flash option in your BIOS. Have I said BIOS enough yet? BIOS. With the new (old) version installed, the SKY OC option can be enabled. This turns off integrated graphics and turbo features, but allows some serious overclocking if your system can handle it.

I thought this upgrade might work particularly well for me because my system’s set up for decent overclocking. The new DDR4 RAM I installed operates at 3,200MHz, and since increasing the CPU multiplier also raises the RAM frequency, this gives me a lot more headroom for overclocking than a set of 2,133MHz sticks would. I have also been using a Corsair H105 liquid cooler for years, which I can’t recommend enough. Running at 4.5GHZ, the old stalwart i7 2600K rarely broke a sweat in excess of 50°C. Factoring in those things, I suspected that if I could overclock the i5 6500 far enough to justify my upgrade. 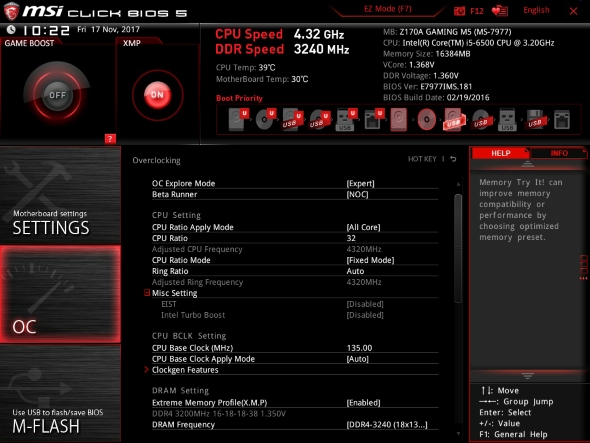 It turns out I could. Without too much hassle, I have the i5 6500 running at a rock-solid 4.3GHz up from the stock 3.2GHz clock speed. In order to achieve this, my RAM’s running at 3,244MHz, and I’ve over-volted the CPU just slightly to 1.350V. I can probably bring that value back down now I have achieved stability, for the longevity of the chip.. 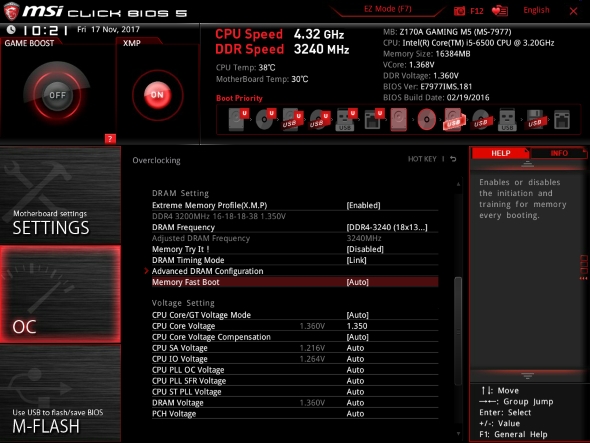 Easy enough really. OC Explore Mode is set to [Expert] and Beta Runner is set to [NOC]. This is the setting that allows base clock multiplier overclocking, and disables turbo and integrated graphics functionality. With that done, I’ve simply boosted the CPU base clock and DRAM frequencies, and added that extra 0.35V in the CPU voltage settings. Since I have mentioned voltage twice now and it is making me nervous, please note that neither I nor PCGamesN are responsible for you frying your hardware by changing those settings. This, and whatever fire you start, is on you.

I ran the Heaven 4.0 benchmark a few times over after booting up with these overclocked values to check stability, but any system-intense application works for this.

Time to manage expectations a bit: I achieved a performance increase in each benchmark I tried, including two CPU-intensive in-game runs. I did not double the overall capability of my PC with a $200 CPU. This is not equivalent to SLI-ing your graphics card. Ok? Ok, then let’s take a look at the results. 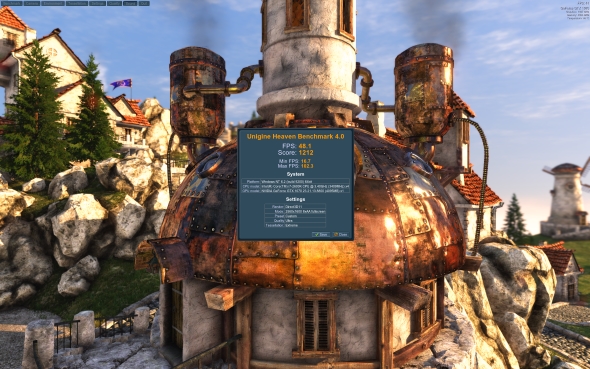 Heaven 4.0 is more of a graphics card workout than a CPU, but since I have long been harbouring the suspicion that my old i7 2600K was acting as the bottleneck in demanding games I went straight to this to see if the i5 6500 made a difference. It does, but only by 4fps. 48fps average with the 2600K, 52fps with the 6500. 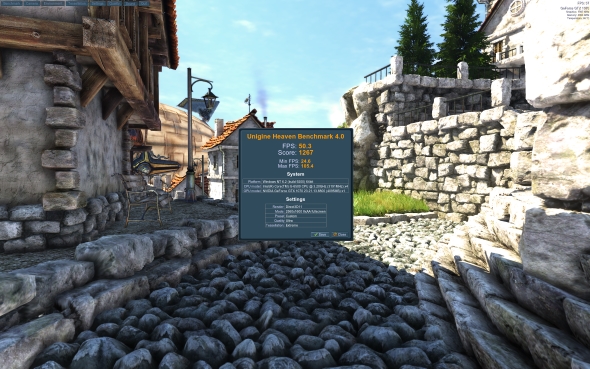 There are two ways to interpret this modest increase. The first is that I had made a huge mistake, and that the chips were roughly equivalent after all, even when overclocking the new one. The second is that probably my GPU is the bottleneck. I’m running Heaven at 2560×1600 and max settings, after all. More testing is needed, then. 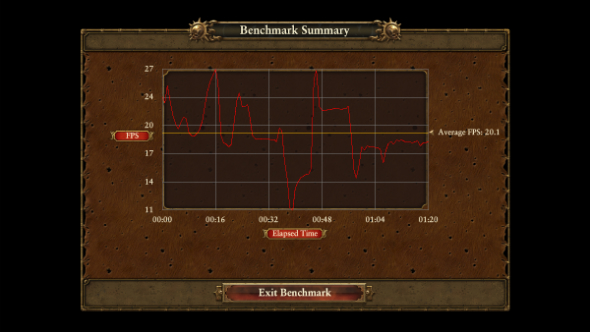 It is a similar marginal gain in Warhammer: Total War (or as it will always be known in my mind, Warhammer: Total Warhammer). Total War games always stress-test CPUs with their benchmarks thanks to their proclivity for hundreds of tiny little fighty-men running around smoky battlefields. In this particular benchmark, the overclocked 6500 nets me, er, 2fps. 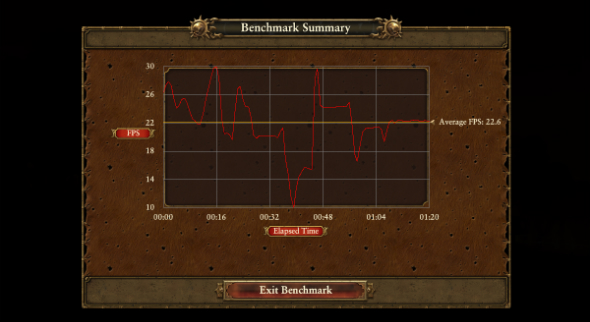 However, it is worth noting that since the number was so low in the first place – 20fps with the 2600K, an extra 2fps represents a bigger performance increase than if the original figure had been, say 60fps. Still, it is not the most encouraging number to look at when you have spent an evening applying thermal paste and cable-tying PSU cords. 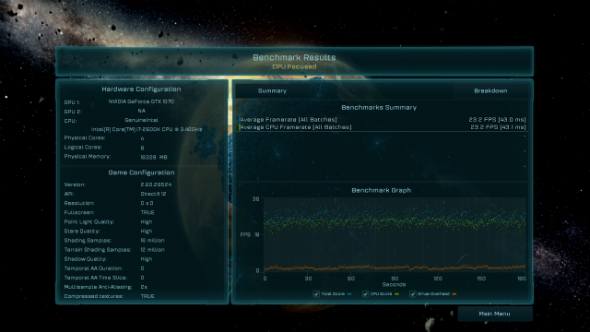 Things start to look brighter in Ashes of the Singularity: Eslation’s CPU-focussed benchmark. The 2600K could run it at 23fps, but the 6500 leaps ahead to 29fps, again a marked increase given the low baseline figure. Like Total War, Ashes really stresses out CPUs with the number of units on screen, so this is an encouraging performance boost. But the pièce de résistance is yet to come. 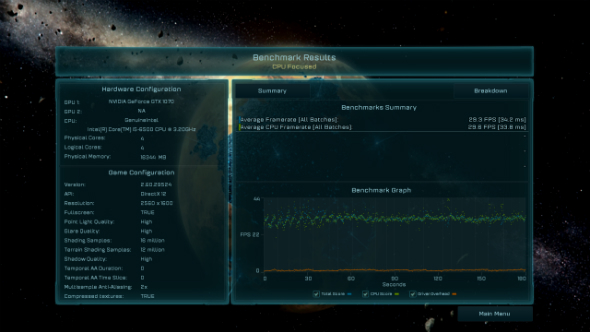 Middle-Earth: Shadow of War was running sluggishly on my 2600K. At an average of 52fps, it fell just short of the smooth VSync’d 60fps at max settings I wanted. 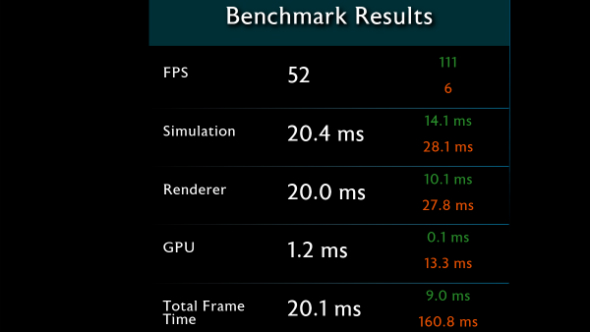 With the 6500 however, I get an average 62fps. That is just enough for me to turn on VSync and enjoy smooth performance. Outside the benchmark there are infrequent dips below 60fps when the VSync rate has to half itself, but 90% of the time it is buttery smooth. 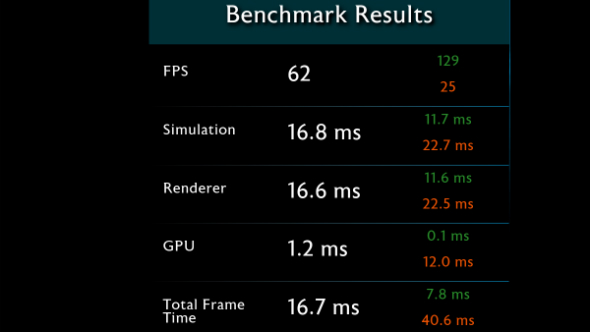 Running those in-game benchmarks demonstrates that, to varying degrees, the i5 6500 has the performance edge. But how much of that extra performance am I getting from the overclock itself? Running synthetic CPU benchmark Cinebench R15 will help ascertain that. 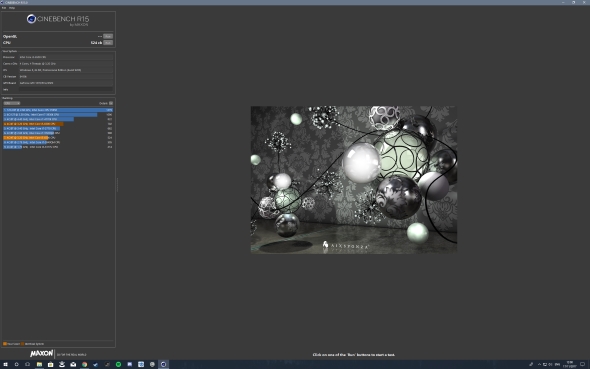 Stock values produce a score of 524, and overclocked to 4.3GHz that score jumps up to 702. To put that in context, the i7 2600K will usually produce 590-600 at stock settings. That is obviously higher than the i5 6500 before the overclock, but with that extra 1.1GHz the i5 comes out top of the pile. Overclocking the i7 could, in theory, produce a higher score, but personally I never had much joy with my particular chip – 4.2GHz seemed to be the highest stable value, and I was limited by the 2133MHz DDR3 RAM, too. Sadly the overclock doesn’t magically turn my i5 into a 7700K, which will score around 970 at stock settings, but costs $100 more. 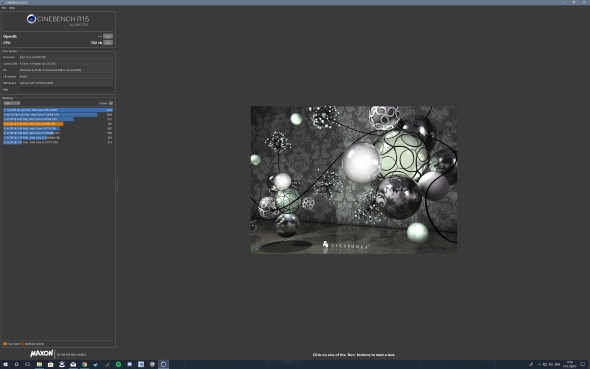 So, was it worth it? Some might look at the benchmarks and surmise that it wasn’t, but I am happy with the performance gain. Not least because it was a pleasant surprise: opting for a newer i5 really has beaten the generations old i7 in this case, and that opens up a lot of possibilities for the secondhand market. Shop around for a mobo and CPU that support the Z170A non-K overclock hack, and you can get a lot of bang for your buck. There are also knock-ons when looking at Coffee Lake vs last generation CPUs: the newer model i3-8350K, for example, is effectively a generation-old Core i5 for £132.

I am noticing the extra frames in the games I’m playing right now, and I am also happy to be on a newer chipset. My old DDR3 was running at 2133MHz, and and my new 32000MHz DDR4 is definitely contributing to the performance increases I have seen. Plus, I have a further upgrade path now on my current chipset: if I decide to stick a 6700K in there down the line, I have already done half the work – and made a lot of the fiscal outlay.

And finally… BIOS (sorry, just wanted to say it one more time).