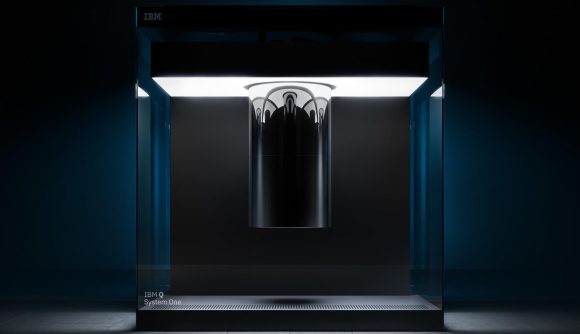 IBM has shown off the world’s first commercially available integrated quantum computer. The Q System One is now available for scientific research and commercial use, offering reliable and stable quantum compute power outside of the research lab for the first time. And it’s ready to deal with exponentially complex algorithms previously incomprehensible for traditional binary-based computers to deal with.

IBM’s Q System One integrated quantum computing system comes packed within a 9ft x 9ft protective enclosure fit for the Mona Lisa. No, seriously, it’s built from borosilicate glass by the same company that protects the world’s most valuable painting and the Crown Jewels. That airtight enclosure protects all the qubits within from getting all topsy-turvy due to vibrations, temperature spikes, and electromagnetic waves. In totally relatable terms, it looks like Elon Musk’s hair-dryer crossed with a valve amp.

The system was developed by IBM to be “sophisticated, modular, and compact”, descriptors never before heard in the quantum computing game. As it turns out, utilising quantum superposition and entanglement for immensely computationally costly mathematics is pretty tricky.

The IBM Q System One really is a thing of beauty. You can catch a glimpse of its steampunk innards in the video from IBM below.

Quantum who’s who: The key players in quantum computing

“The IBM Q System One is a major step forward in the commercialization of quantum computing,” Arvind Krishna, senior vice president of Hybrid Cloud and director of IBM Research, says. “This new system is critical in expanding quantum computing beyond the walls of the research lab as we work to develop practical quantum applications for business and science.” 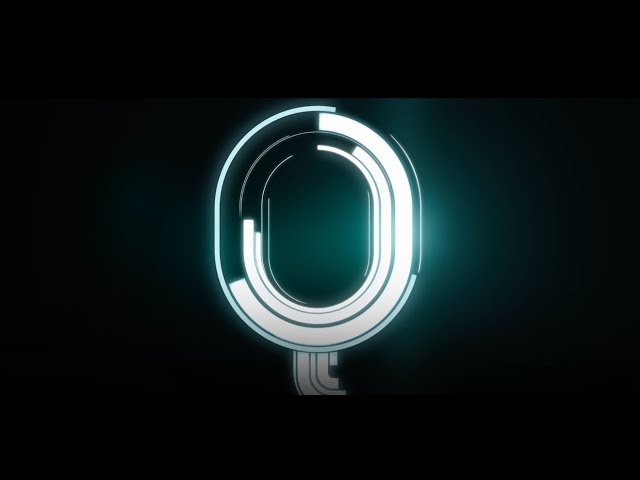 IBM is just one of the tech companies hoping to stick its flag into quantum computing, sitting alongside the likes of Intel, Google, and Microsoft. This tech works by harnessing quantum bits, or qubits, and their innate multitude of states and properties to carry out computational and cryptographic tasks not deemed possible by classical computing. 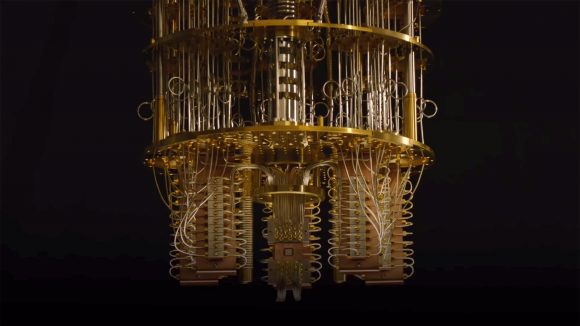 That’s all a bit business-minded, and frankly a little boring, but another use for quantum computers could be breaking the ‘impenetrable’ encryption systems currently in use worldwide. And gaming. Probably. Eventually someone’s going to try and package a version of Crysis to run on it.