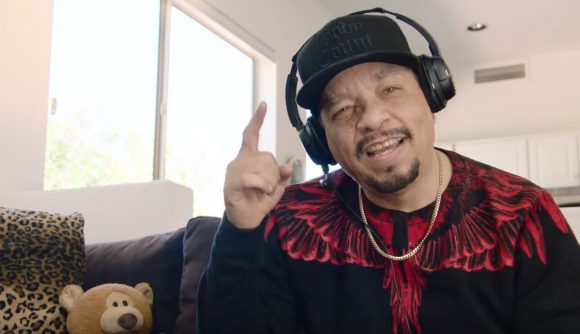 Ice-T has some pretty fiery words for videogame fans who aren’t particularly nice to be around. Speaking during the pre-show ahead of Ubisoft’s E3 conference, the rapper spoke out about the “toxic dicks” he comes across during online multiplayer games.

The overall theme of Ice-T’s appearance was a quiz in which he asked viewers multiple choice questions about how to react to certain situations. For example, if you’re getting killed over and over by the same player, should you camp them, or keep your cool and practice until you can beat them? It’s the latter, obviously – as Ice-T says, “camping is for noobs.”

As the quiz progresses, the rapper posed a final question to fans, asking how they should act if they hear a voice unlike their own over the mic. After reeling off options such as “proceed as normal” and “mind your own shit,” Ice-T launched into something of a tirade, saying that you could also “learn some motherfucking respect, because I’m sick of hearing all that sexist, racist, homophobic bullshit from a few punkass motherfucking dumbfucks out there trying to ruin this shit for the rest of us.”

Oh, and in case you were wondering, “teamkilling is for assholes, and talking shit to your own team members is some super asshole shit.” 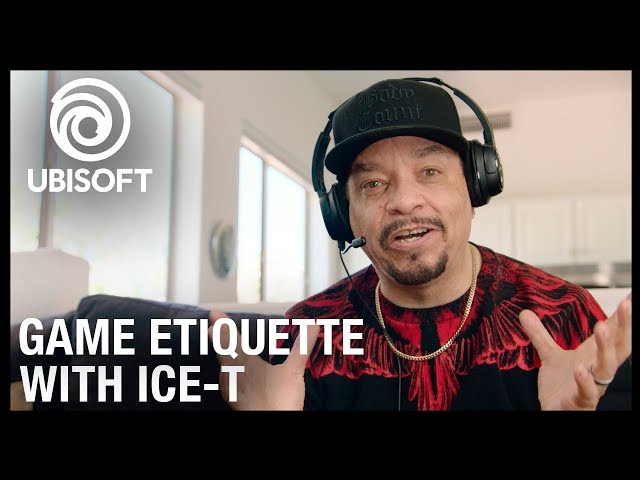 For the record, Ice-T is not wrong, but it’s amusing to see those words spoken ahead of a Ubisoft conference, given the publisher’s desire to stay away from political topics.